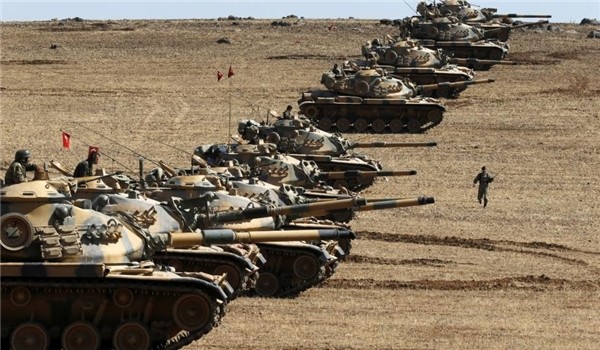 THE LEVANT NEWS EXCLUSIVE – By Niazy G. Atay* – Turkey’s involvement in the Syrian crisis expanded to military action with the Operation Euphrates Shield (OES), initiated on 24 August. Hotly-debated issue of Turkey’s intervention to Syria at international and domestic levels came into existence following the reconciliation with Russia and the increase of terrorist threat in its southern border, embodying Turkey’s support to Free Syrian Army (FSA) on behalf of Syrian opposition. The intervention by the FSA to Jerablus backed by Turkish Armed Forces (TAF) has been well received by the public as well as Turkey’s support to the operation.
The offensive launched by FSA backed by TAF has mainly two dimensions for Turkey: One is to sweep the Islamic State (IS) away from Turkish border and the other is to keep Kurdish People’s Protection Unit (YPG), which has been giving concrete support to Kurdistan Worker’s Party (PKK), on the eastern bank of Euphrates.
The United States, which has been criticized by Turkish officials for accommodating the head of the failed coup in Turkey in July, favored this reasoning through words of the American Vice President Joe Biden: “Kurdish forces must move back across the Euphrates River. They cannot, will not, under any circumstance get American support if they do not keep that commitment.
Although Syrian Foreign Ministry condemned the FSA incursion backed by Turkey, underlining the territorial integrity of Syria, people living in Jerablus seems to be glad with the new situation. A Syrian Turkman member of the Local Administration Council says that Arabs and Turkmans have been subject to systemic pressure from YPG, which aims at changing the demography in favor of Kurds. For that reason he says “Syrian people in the North appreciate Turkey, which has adopted an ethical attitude since the outset of the Operation.”
Another resident in Jerablus states “the violence committed not only by IS but also by YPG came to an end, with the subjugation of the region through FSA-TAF action.” He notes that even now the stability in the region has started to be reconstructed and it will be a safe-haven for civilians in the pursuit of cleanup from terrorist organization.
Commenting on the achievement of FSA, one of the regional commanders, who was a Colonel before in the Regime Army says “international public opinion should now be aware of the fact that FSA, which has long been downplayed, can be quite effective in the concept of fight against terrorism.
A high-rank officerat FSA underlines that troops assigned to OES entered Jerablus for the purposes of protecting civilians, preventing terrorist organizations from consolidating their power and liberating Syria regardless of ethnicity and religion. He adds: “through liberating Jerablus, FSA started to play a more active role in purifying terrorism in Syria, thus should be recognized as the sole representative of Syrian opposition by other actors.”
In spite of concerns of Syrian government about Turkey’s support to FSA in OES, there are positive comments coming from different cycles. A Senior Consultant at European-Syrian Business Council based in Damascus, says: “It is good that Turkish government asked Syrian permission to operate into Syrian land, which reflects that Turkey has no desires to seize any part of Syria.” Furthermore, he underlines an opportunity for a common ground on Kurdish issue: “The Kurds issue is an area of cooperation between Syria and Turkey that would pave the way for future collaboration if political, economic or humanitarian.” His conclusion is still hopeful of mutual reconciliation: “It is worth rethinking of the international agendas that are still driving the national agenda of both countries, especially after all what have been incurred throughout last five years.”
Considering the fact that expelling IS from the region raised the fears of repatriation of foreign fighters back to Europe and despite the Kurdish discontent about the FSA progress down to South, which means the expansion of Turkish army control, the Operation has been cautiously followed by international public opinion.

* Niazy G. Atay is a Turkish Analyst based in Beirut.