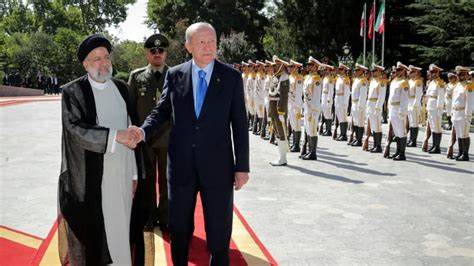 Turkey warned on Thursday that it did not need anyone's permission to conduct a new military offensive against suspected Kurdish militants in Syria.

The comments from Foreign Minister Mevlut Cavusoglu came two days after a summit in Tehran at which both Russia and Iran urged against Turkey's proposed new campaign in northern Syria.

"We exchanged ideas, but we never asked and we never seek permission for our military operations," Cavusoglu said in a televised interview.

"We won't ask anyone for permission in the fight against terrorism. It can happen one night, suddenly," he said, referring to the start of a new military push.

The offensive would be the fifth since 2016.

Most of the past campaigns have targeted Kurdish militants that Ankara links to a group that has been waging a decades-long insurgency against the Turkish state.

Both Russia and Iran have either troops or militias in areas mentioned as possible targets of Turkey's new offensive.

Tehran and Moscow supported the Syrian government during the country's conflict while Ankara backed the rebels.

Iran's supreme leader Ayatollah Ali Khamenei had earlier told Erdogan that a new Turkish offensive would be "detrimental" to the region.

Russian President Vladimir Putin said after the summit that Moscow and Ankara still had disagreements about Syria.

Kurdish militias played a central role in the U.S.-led campaign against the Islamist State group in Syria.