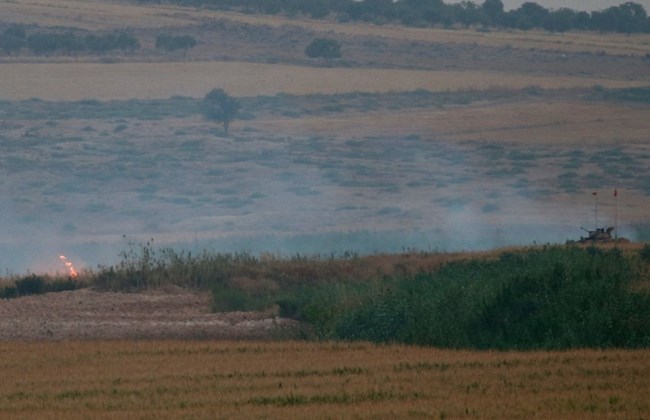 Smoke from a fire, left, rises as a Turkish army tank, right, is stationed near the border with Syria, has seen from the outskirts of the village of Elbeyi, east of the town of Kilis, in southeastern Turkey, Thursday, July 23, 2015. (AP Photo/Emrah Gurel)

THE LEVANT NEWS — A Turkish news agency says nine foreign nationals suspected of being members of ISIS were detained Monday as they tried to enter the country illegally from Syria.

Citing local authorities, the Dogan news agency reports that the suspects were detained in Turkey’s southern province of Kilis, which borders Syria. There was no mention of the nationality, gender or age of the suspects.

Turkish authorities have scaled up operations against suspected ISIS cells after a double suicide bombing killed more than 100 people in Ankara in October.

The country is also tightening security along its 900-kilometer (560-mile) border with Syria to stem the flow of extremists.