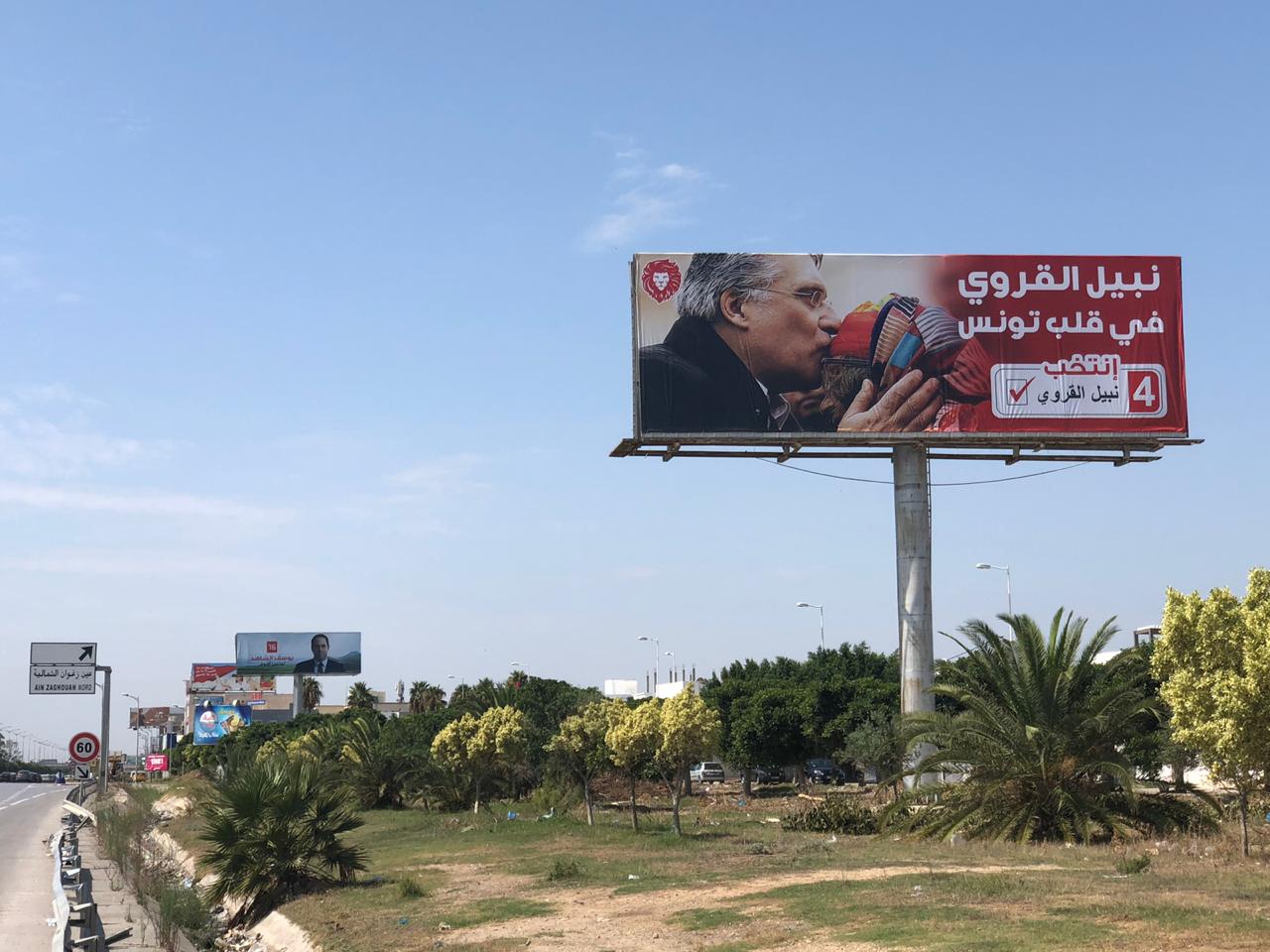 Tunisia will head to the polls Sunday to elect a new president. More than seven million eligible voters both in Tunisia and abroad can choose from 26 presidential candidates in a fiercely contested election.

Tunisia’s first democratically elected president Beji Caid Essebsi died on July 25 at the age of 92, shortly before the end of his term. Instead of a scheduled election mid-November the country’s interim president was forced to call for early elections on September 15: by constitution an interim president can only legally hold that office a maximum of ninety days.

The Civil Society
Sundays elections are monitored closely by various representatives of the nation’s Civil Society. Radwan Masmoudi, president of the ‘Center for the Study of Islam and Democracy’, is glad to analyze the recent developments in the country. He explains, with a sense of pride, that democracy in Tunisia has matured over the years.
“Everywhere across the capital you see posters of candidates, there are serious debates on radio and television and there are political gatherings all over the country. We have transformed to a full democracy”, says Masmoudi.

In Tunisia’s post revolution constitution most of the power in the country lays with the parliament. The powers of the president are limited to foreign policy, defense and national security, while before the 2011 revolution the president was almighty.

Najet Zammouri, vice president of the Tunisian Human Rights League, is also content with the current status quo in the country. “Last week the electoral council published a list with 26 approved candidates. What a contrast with the period before the revolution when we could only vote for one candidate. A great development in very short period.”
After the scheduled October 6 vote to elect a new Tunisian parliament and if in the first round no candidate achieves an absolute majority - over 50% of the votes - the election will go to a runoff second round scheduled for November.
The country’s 2011 revolution was the trigger for the Arab Spring: a wave of popular uprisings in the region that changed the status quo in countries as neighboring Libya, Egypt, Syria, Bahrain and many other Arab nations. The revolution was mainly driven by the poor economic performance of the regime of the country’s former leader Zine al-Abidine Ben Ali. 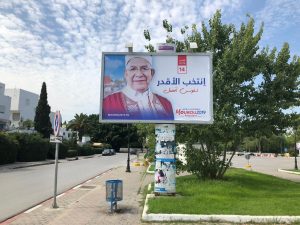 Frontrunners
The challenges for the new president and Tunisia’s new government are immense: the economy is now in an even worse state than it was in 2011, resulting in regular protests in the past years. Inflation of the local currency resulted in a doubling of the price of many goods for daily life. While unemployment rates are at all-time high, the country is also suffering in the past decade from a brain drain.

The economic malaise is mainly blamed on the current government lead by prime minister Youssef Chahed who is himself one of the 26 presidential candidate says Ikbal Loumi CEO and founder of Elka Consulting: Tunisia’s leading polling agency.

In three months before the elections no agency is allowed to publish any opinion polls so not to influence the election result. “What I can say is that Chahed is running an excellent electoral campaign. He is visible everywhere: online, on the radio, television, etc. His main challenge is that people blame the poor performing economy on his government. Whether that is fair or not to blame it all on him”, says Loumi.
A democratic milestone was last Saturday’s broadcast on the country’s television screens of the first presidential debates between the Tunisia’s major presidential candidates. A unicum in the country’s democratic history.

Due to the absence of opinion polls it is quite difficult to predict Sundays electoral outcome. Many believe that Chahed has a fair chance of reaching the second round, same goes for Abdelfattah Mourou the candidate of the country’s largest Islamic party Ennahda: currently the second party in parliament. Other frontrunners in the race are Abir Moussi leader of the pro-Ben Ali Free Destourian Party, independent candidates Abdelkarim Zbidi - current Defense minister - and university professor Kaïs Saïed and media mogul Nabil Karoui: who was arrested days before the official launch of the campaign.

Arrest of Nabil Karoui
The arrest of Karoui is a shadow over this presidential elections, many raise question about the delicate timing of his arrest. Including the French government and the European Parliament. Karoui was arrested with a disproportional show of force late August on a year’s old case involving charges of money laundering and tax fraud. According to Karoui’s party it was a politically motivated attempt to silence one of the leading candidates from the election race. 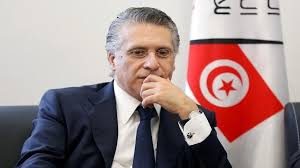 Nabil Azizi member of Tunisia’s independent Electoral Commission describes the arrest of Karoui as a paradox between democracy and law. He also thinks it is fair to raise certain questions in this case. “Was his arrest politically motivated or not? Is Chaded trying to get rid of his main competitor? Or was it just bad timing of the judiciary?”
Amel Belkhiria, Chief of Staff of the Secretary General and member of the executive board of Chahed’s Tahya Tounes party is not amused hearing these speculations. She sees the accusations against Chahed as a direct insult for the independence of the judiciary. “If you speculate about something like this you are actually suggesting that the judiciary is corrupt”, says Belkhiria.

“There comes by that Chahed does not have to the power to take a decision like that. I assure you that if he had this power, he would not even consider using it right before the elections knowing that everybody would blame it on him. He has absolutely nothing to gain from this arrest whatsoever.”

Samy Achour, member of the political commission of Karoui’s Qalb Tounes party, gets annoyed when hearing that. He insists the arrest was a political motivated decision. “Nabil Karoui is for months the leading candidate in this electoral race. His arrest was a pure attempt to misled the public, and to give them the impression they cannot vote for someone who is in jail. But is not true, he remains a strong candidate”, says Achour.

He emphasizes once more that the case against Karoui is in fact more than three years old. Achour: “It has been investigated thoroughly, and Karoui cooperated fully. We are living in a country where a simple accusation can get you arrested within 24 hours. Even if you are not guilty. Why not arrest him years ago? Why now?”

Azizi emphasizes that in the end the will of the people should be leading, and that if Karoui is elected as the new president he should get a fair change. “In the end what matters is what the voters want. If they give him a mandate, so be it. The best solution will be to put whatever charges there are against him on hold until the end of his term.”

*Arthur Blok is the Executive editor-in-chief of The Levant News.