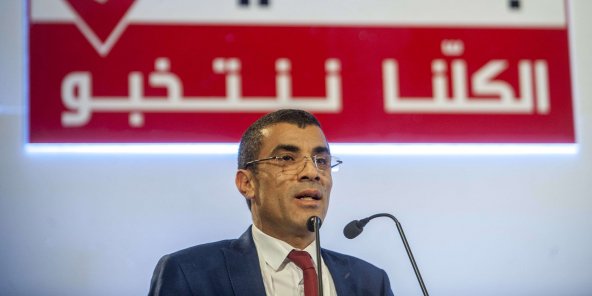 More than seven million eligible voters both in Tunisia will head to the polls Sunday to elect a new parliament in a fiercely contested election.

By Arthur Blok*
Despite a lingering economic crisis, Tunisia has worked hard in the past years to remain an island of political openness in a troubled region. At the same time, it profiles itself as a model for other states in a region where wars, monarchs, strongmen, and sectarian divisions soar.

The nation has all the ingredients to be a true democracy: political debates on radio and television, non-violent political gatherings, and street corners full of political banners and posters. Authority member Nabil Azizi is satisfied with the parliamentary campaign so far and the first round of the presidential elections that were held in September. “On the sixth of October Tunisians will head to the polls again, this time to elect a new parliament. The political campaigns have kicked off a few weeks ago, and so far, there are no major electoral disruptions.”

Nabil Karoui
That is not entirely true if one takes a second look. Only a week after the parliamentary vote Tunisians must choose in a second-round runoff a new president. In the first round, two anti-establishment candidates were chosen: imprisoned media magnate Nabil Karoui, and Kaïs Saïed a conservative law scholar. The election of both candidates is a clear sign that Tunisian voters are fed-up with the political status quo that failed to deliver the promised benefits of the 2011 uprising.

Karoui was arrested right before the start of the electoral campaigns in late August. The judiciary used a disproportional show of force to arrest Karoui in an old case from 2016 where he was being charged with money laundering and tax evasion. Even though he was elected to the second round of the presidential race and his party is expected to perform well in the parliamentary elections, he remains behind bars.

Karoui’s tv channel Nessma TV played a vital role in the country’s 2011 revolution. The station provided dissenting voices in the country a platform despite state censorship. Karoui initially joined the Nidaa Tounes coalition in 2014 but - like many others - split off in 2017. Shortly after he announced his own Qalb Tounes party. 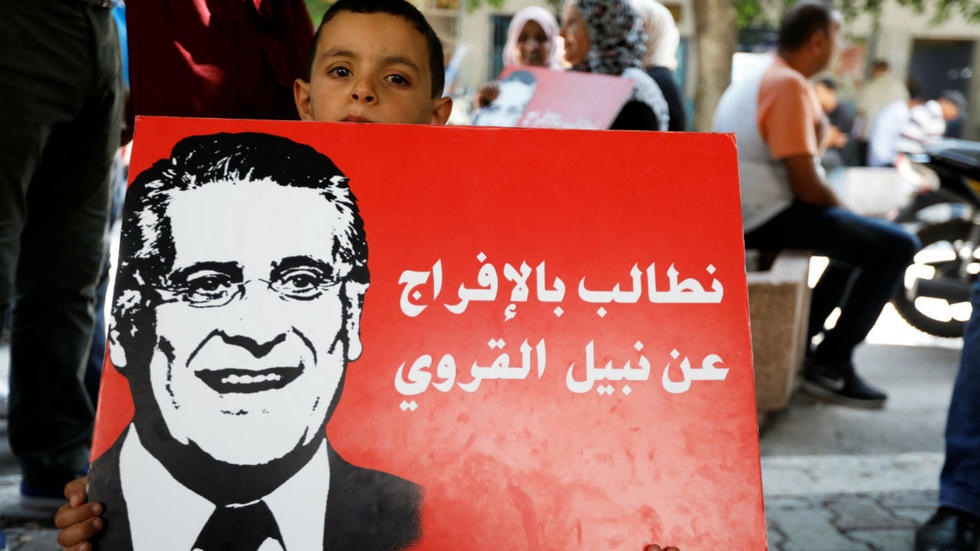 Azizi describes the arrest as a paradox between democracy and law. He also thinks it is fair to raise certain questions in this case. “Was his arrest politically motivated or not? Or was it just bad timing of the judiciary?”

Samy Achour, a senior member of the political commission of Karoui’s political party emphasizes the arrest was politically motivated and an attempt to mislead the electorate not to vote for him. It looks like Karoui is not going to be released any time soon. “Despite this state-led judicial obstruction we expect very good results this Sunday”, says Achour.

Powers of parliament
The country’s 2011 revolution was the trigger for the Arab Spring: a wave of popular uprisings in the region that changed the political landscape in many countries in the region. It transformed Tunisia from a dictatorship into a parliamentary democracy where most of the executive power lies with the parliament and government. Foreign policy, defense, and national security remain the powers of the president.

The challenges for the newly elected parliament and government are immense: the economy is now in an even worse state than it was in 2011, resulting in regular protests in the past years. Inflation of the currency resulted in a doubling of the price of many goods for daily life. While unemployment rates are at an all-time high and the country is suffering from a brain drain.

Currently, all eyes are on the winners of the 2014 elections: the Islamist Ennahda party and Nidaa Tounes a 2014 coalition of reformist parties, movements, and charismatic individuals. The latter collapsed due to different visions and confronting egos of prominent figures.

While Nidaa Tounes is still participating in the elections, at least five political movements and parties split-off in the past years of which the party of prime minister Youssef Chahed, the Democratic Current of Mohammed Abbou, and Karoui’s Qalb Tounes are the most popular ones.

Achref Jabbri a senior member of the campaign team of the Democratic Current and its leader veteran lawyer Mohammed Abbou explains that his party stands close to the people and knows exactly what worries them. “I just came back from a party gathering in Sfax where more than 1000 people showed up. It was amazing. Some so many people are fed up with this government and want change. They want their lives to improve. We listen to all their concerns and make them part of our campaign.”

Azizi of the Electoral Authority expects both the Democratic Current and Qalb Tounes to perform well. "And of course the party that fully embraces the other winner of the first round of the presidential elections independent candidate Kaïs Saïed. That is how it should be: the new president will get a strong mandate, which is good for the country." 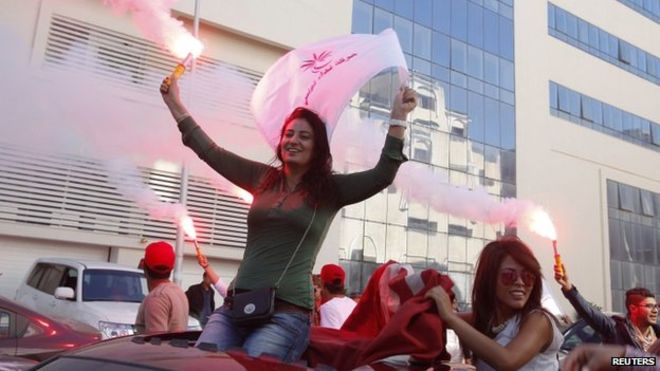 Ikbal Elloumi CEO and founder of Elka Consulting one of Tunisia’s leading polling agencies agree with Azizi. He also does not expect that Nidaa Tounes has collapsed completely. The party is now being led by the son of late president Beji Caid Essebsi’s Essebsi. The Tunisian president died on July 25 at the age of 92, shortly before the end of his term.

“The passing of Essebsi this summer created a new wave of sympathy for Nidaa Tounes. The party is seen as his political heritage. Without giving any numbers the party will likely perform better than most analysts expect”, says Elloumi.

Ennahda
The country’s second-largest entity in parliament - the popular Islamic party Ennahda - is campaigning around the clock in the past weeks. While the Ennahda is well-organized and has a long history, it saw a decline in support in last year's local elections. Despite these somehow disappointing results Oussama Sghaier - a member of parliament (MP) and senior member of the campaign team - is confident about Sunday's ballot.

Sghaier - one of the MP’s who represents Tunisians living abroad - works with a group of 15 MP’s and hundreds of volunteers on the electoral campaign. “We started the campaign in Milan. Currently, over 1 million Tunisians reside abroad and their vote counts. Unique for a country in the Middle East. Their vote is very important to us. Our ambition is of course to win more seats, nothing less”, says Sghaier with a smile.

In the three months before the elections, no agency may publish any opinion poll so as not to influence the election result. Despite the law, daily polls are taken by agencies such as Loumi’s Elka. “Without getting into numbers I can say that Ennahda is one of the best-organized parties in the country. Of course, this will be shown in the election results.”

Karoui’s release
Just like many other politicians, Sghaier questions the timing of Karoui’s arrest. He agrees that this is not a good democratic development. “I find it incorrect that he was arrested right before the start of the campaign. This is not how it should be in a democracy.”

He continues: “The timing is questionable. It simply is a wrong decision of the judiciary. If we become the largest party in the country one of our main objectives is judiciary reform. So our party is working together with other parties, just like we did in the past four years.”

Achour is not impressed by MP Sghaier’s statement, to say the least. Earlier this week the appeal judge reexamined the file for the third time. “She decided that she was not competent to rule. Which means that still no decision is taken. We call this denial of Justice”, says Achour.

He continues: “We are now carefully considering our next steps. We are still ahead in all the major polls and we expect to win this Sunday with large numbers and to become the biggest party in the new parliament.”