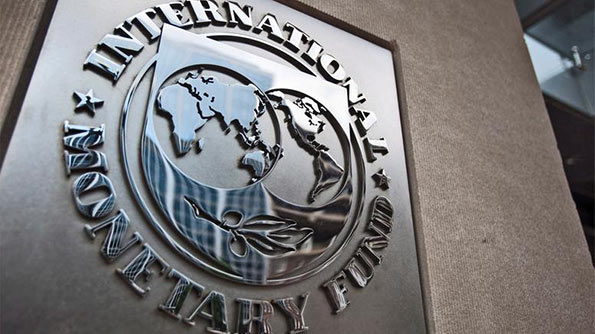 Tunis desperate for $4 billion from IMF

Tunisia will seek a $4 billion loan programme from the International Monetary Fund in talks starting next week, Prime Minister Hichem Mechichi told Reuters on Friday, saying politicians faced a "last opportunity" to save the economy.

Mechichi said he expected talks to last about two months and had "confidence" Tunisia could secure financial support to help it through an economic crisis that has been aggravated by the COVID-19 pandemic.

"All efforts must be unified in Tunisia because we consider that we have reached the last opportunity and we must use it to save the economy," he said in an interview.

He said he wanted a three-year loan programme and added that details of an agreement with powerful labour unions, seen as vital to unlock foreign funding, were still being finalised.

The finance minister and central bank governor will visit the United States next week to start the negotiations, Mechichi said, and he will also go there when a deal is in place.

He said Tunisia would rationalise rather than cut subsidies and said it was considering sales of minority stock it holds in some businesses to raise funds for investment in the most important publicly owned companies.

Tunisia, which adopted democracy after its 2011 revolution, had suffered years of economic stagnation, declining public services and worse living standards even before the pandemic, causing widespread anger and frustration. Protests took place across the country in January.

The tourism sector, responsible for about a tenth of Tunisia's economy, has been shattered by the pandemic and with a slow vaccine roll-out, the government recently introduced new restrictions on international travel.

But Mechichi said this summer's tourist season was not already lost, and that the government would develop protocols to ensure visitors' safety. He said Tunisia had not yet looked into vaccine passports, but might consider them.

Mechichi has previously rejected another lockdown after the one imposed last spring, saying Tunisia cannot afford it. His announcement this month that it would extend curfew hours met widespread opposition and he quickly softened the measures.

He indicated in the interview, however, that he might be open to a new lockdown if required. "If the situation pushes us to a radical decision we will take it," he said.

Though Tunisia has been feted by Western governments for its democratic transition, international lenders have pushed it to adopt painful economic reforms to reduce chronic fiscal deficits and a large sovereign debt.

The powerful labour union, UGTT, has opposed some of the reforms sought by lenders and recently said it wanted the government to raise salaries even though Tunisia has one of the world's largest public sector wage burdens.

Efforts to agree a reform programme accepted by both unions and lenders have been hampered by years of political squabbling between the government, the elected president and a deeply fragmented parliament.

"I am well aware that some reforms are unpopular ... we will only strive to do what saves the economy from collapse," Mechichi said.