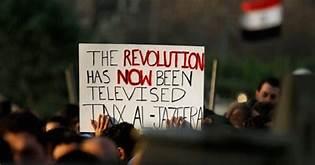 Tunisian President Kais Saied dismissed Islamist claims of a “coup” on Monday after he removed the government and suspended parliament.

The president invoked emergency powers under the constitution after months of deadlock and disputes with the Islamist Ennahda party.

Saied said he had “taken the necessary decisions to save Tunisia, the state and the Tunisian people,” following street protests against the government’s handling of the COVID-19 pandemic.

Saudi Foreign Minister Prince Faisal bin Farhan spoke to his Tunisian counterpart and said the Kingdom supported any measures that achieved security and stability in Tunisia.

US Secretary of State Antony Blinken spoke by telephone with Saied to urge respect for democracy, and urged him to “maintain open dialogue with all political actors and the Tunisian people,” the State Department said in a statement.
“He encouraged President Saied to adhere to the principles of democracy and human rights that are the basis of governance in Tunisia,” it said.

Blinken also promised US support on Tunisia’s economy and fight against COVID-19.

White House Press Secretary Jen Psaki said: “We are in touch at a senior level, and urge calm and support Tunisian efforts to move forward in line with democratic principles.”

The French Foreign Ministry urged a return “as soon as possible” to the “normal functioning” of government in Tunisia. It called “on all of the country’s political forces to avoid any form of violence and to preserve the country’s democratic gains.”

Dismissed Prime Minister Hichem Mechichi said he would not be a disruptive element, and would hand the responsibility to whoever the president chose. He was ready to serve Tunisia in any role, Mechichi said.

Crowds poured on to the streets of Tunis in support of the president’s actions. Soldiers blockaded the parliament building in Tunis and surrounded Mechichi’s offices. Outside the building, rival supporters of Saied and Ennahda hurled insults and bottles at
each other.

“We are here to protect Tunisia. We have seen all the tragedies under the rule of the Muslim Brotherhood,” said Ayman, one of the president’s supporters.

Saied took office in 2019 after campaigning as the scourge of a corrupt, incompetent elite.

He said his actions were a constitutional and popular response to years of economic and political paralysis, and the constitution gave him power to dismiss the government, appoint a temporary administration, freeze parliament and lift the immunity of its members.

The president, who under the constitution controls the armed forces, warned his opponents against violence. “If anyone fires a single bullet, our forces will respond with a rain of bullets,” he said.

An Arab League statement said the Tunisian foreign minister fully briefed its secretary general on the situation in Tunisia and added: “The…League urges Tunisia to quickly get through the current turbulent phase, restore stability and calm and the state’s ability to work effectively to respond to the aspirations and requirements of the people.”

The United Nations called on all parties in Tunisia “to exercise restraint, refrain from violence and ensure that the situation remains calm,” a spokesperson for UN Secretary-General Antonio Guterres said on Monday.

“All disputes and disagreements should be resolved through dialogue,” UN spokesperson Farhan Haq said.

Haq declined to comment on whether the United Nations viewed the situation in Tunisia as a coup or not.

The International Monetary Fund stands ready to continue to help Tunisia cope with the impact of the COVID-19 crisis, achieve a “job-rich” recovery and restore finances to a sustainable footing, a spokesperson said on Monday.

In related developments Tunisian police on Monday closed the office of Qatari broadcaster Al Jazeera television in the capital Tunis, its bureau chief said, amid political turmoil in the North African country.

“Around 15 policemen, some in uniform others in civilian clothes, entered our offices and asked us to leave,” Al Jazeera director in Tunis Lotfi Hajji told AFP.

He said the law enforcement officers gave no reason for the actions, but confiscated the keys to the premises and forced all staff to leave.

The move came a day after President Kais Saied ousted the prime minister and suspended parliament, following a day of street protests against the government’s handling of the Covid pandemic.

“What is happening is very dangerous, it is proof that freedom of the press is threatened. Today it is Al Jazeera, another day another media,” Hajji said.

AFP contacted the interior minister for further details but no immediate explanations were given for the closure of the outlet’s office.