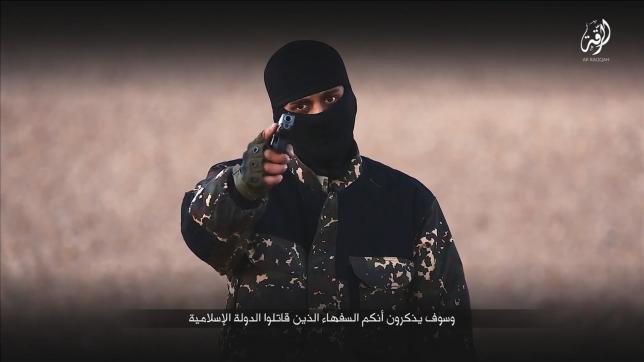 A masked man points a weapon as he speaks in this still image from a handout video obtained on January 4, 2016 from a social media website which has not been independently verified. REUTERS/Social Media via Reuters

Three men have been arrested for masterminding the kidnapping of two Italians who were held captive in Syria for three years, Italian police said Tuesday.

Over the course of 2016, the three who were arrested — all from the northern Brescia province — had convinced two businessmen from the area to travel to Turkey.

One of the two, Alessandro Sandrini, was convinced to go with the offer of faking his own kidnapping during the trip, and earn ransom money.

The other businessman, Sergio Zanotti, made the journey after being promised a business deal involving Iraqi currency.
Once in Turkey, both businessmen were captured for real near the Syrian border and taken to Syria, where they were held captive by Hayat Tahrir Al-Sham, a jihadist group.

According to a police statement, the three men who were arrested had associates in Turkey who carried out the kidnapping and handed the two Italians over to Hayat Tahrir Al-Sham.

Zanotti left Italy in April 2016 and remained a prisoner until April 2019. Sandrini arrived in Turkey in October 2016 and was freed in May 2019.

Media reports, which quoted investigative sources, said Sandrini was charged for fraud and simulating a crime, as part of the same probe that led to Tuesday’s arrests.

Police said a third businessman was approached about making the trip to Turkey, but pulled out at the last minute, refusing to board his plane.