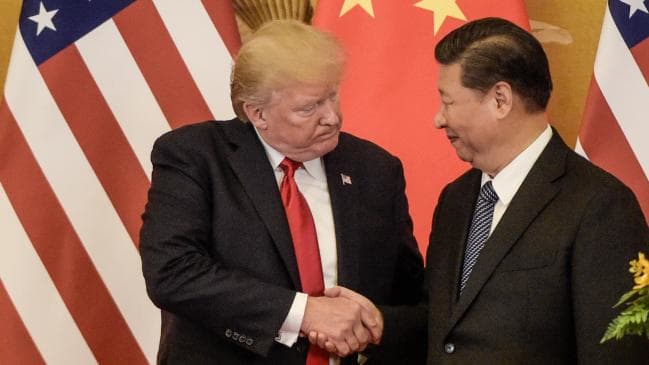 Trump’s trade war with China is finally here — and it won’t be pretty, analysts say

Some said the day would never come, that it was all a bluff. But as the Independence Day fireworks cool in Washington, the eve of the trade war has arrived in China’s capital, where government leaders keep reminding people: We did not start this, but we will fight back.

President Trump’s first tariffs are scheduled to hit $34 billion of Chinese imports on Friday, and Beijing plans to swiftly respond with levies on an equal amount of goods. Border officers here could receive the order as early as midnight to slap new taxes on hundreds of U.S. products, including pork, poultry, soybeans and corn.

And so would begin an unprecedented commerce battle between the world’s two largest economies — a conflict analysts fear could rattle markets, cripple trade, and undermine ties between the United States and China at a time when the administration seeks Beijing’s cooperation on North Korea.

As the global business community watches the clock, China is moving to pin the fallout on Trump, framing the United States as a bully the Asian nation is forced to confront. A state media editorial this week called the United States’ “dictatorial bent” a global threat, while officials said China will “absolutely not” take the first swing.

[Editorial: Trump’s trade war with China is over for now. China won.]

1:06
Trump threatens China with tariffs on $200 billion in products
Those measures appear to be aimed at the United States’ heartland, which helped lift Trump into the White House. Farmers in the overwhelmingly red Midwest fear they will lose access to China’s lucrative market and be left with the bill for excess produce and livestock.

What happens next is anyone’s guess, analysts say, since both sides have pledged not to back down.

One U.S. manufacturer said Chinese authorities on average used to inspect 2 percent of the vehicles it sent abroad. Since June, agents have taken a closer look at every product.

Analysis | A trade war with China could hit these communities hardest VIEW GRAPHIC
“Don’t expect the ‘war’ to be out in the open in some imaginary tit-for-tat tariff battlefield,” said James Zimmerman, a partner in the Beijing office of international law firm Perkins Coie LLP. “The real battle will be on the flanks” — in the form of unnecessary inspections, product quarantines and heightened regulatory scrutiny.

“It’s like a war where everybody points the guns at themselves,” Tan said.

The conflict over U.S.-China trade has been brewing for years but has intensified rapidly in 2018. On April 3, the United States released a list of targets for proposed tariffs on $50 billion worth of Chinese imports, taking aim at high-tech and industrial goods. On April 4, China fired back.

In the months since, the tit for tat has escalated, with the U.S. threatening successive rounds of tariffs on goods valued at hundreds of billions of dollars. China vowed to match U.S. moves, using both quantitative and qualitative measures.

Kenneth Jarrett, president of the American Chamber of Commerce in Shanghai, said that a sense of anxiety has settled over business in the port city.

“My hope is that with this start, people will feel that the cost is too great and we will not move on to the second wave,” he said.

Thus far, the U.S. president has showed no interest in a last-minute truce. Though he has called Chinese President Xi Jinping a “good friend,” he has expressed no apprehension over what could happen in either country when the first tariffs land.