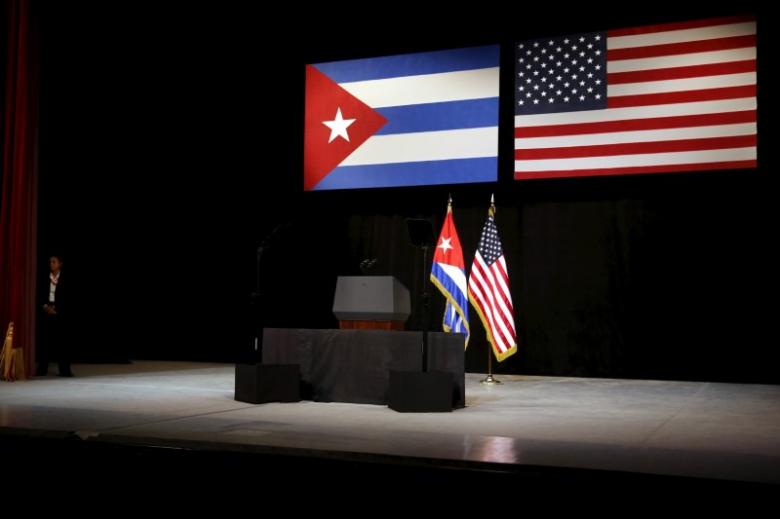 By Susan Heavey and Sarah Marsh | WASHINGTON/HAVANA – U.S. President-elect Donald Trump said on Monday he would end the United States’ “deal” with Cuba unless a better one was made, reflecting his campaign pledge to reverse President Barack Obama’s moves to open relations with the Cold War adversary.

“If Cuba is unwilling to make a better deal for the Cuban people, the Cuban/American people and the U.S. as a whole, I will terminate deal,” Trump said in a Twitter post.

Some Cubans are worried Trump will shut down the U.S.-Cuban trade and travel ties that have begun to emerge in the past two years since Obama’s historic decision to end decades of Cold War hostility and open an embassy in Havana.

U.S. airlines launched the first regular flights to Havana in more than five decades on Monday.

Trump’s tweeted as Cubans commemorated Fidel Castro, the guerrilla leader who led a revolution in 1959 and ruled the Caribbean island for half a century. Castro died on Friday.

During Trump’s campaign for the White House he had said he thought restoring diplomatic ties with Cuba was fine but that Obama should have cut a better deal.

Newsweek reported that one of his companies had attempted to do business in the Communist-ruled island.

Later in the campaign, he toughened his rhetoric, seeking to reassure Cuban-American voters in Florida that he opposed Castro and his brother, Raul, to whom he turned over power in 2008.

On Saturday, Trump said in a statement that his administration would “do all it can” once he takes office on Jan. 20 to boost freedom and prosperity for Cubans after Castro’s death.

Cuba always has fiercely resisted what it sees as U.S. involvement in its politics. The government has stayed mostly quiet on Trump, waiting to see whether he converts his rhetoric into policy change.

The makeup of Trump’s transition team has suggested he could with the inclusion of Mauricio Claver-Carone, a leading advocate for maintaining a tough economic embargo, and Robert Blau, a hard-line anti-communist who was openly hostile toward the Castro government while posted as a diplomat in Havana during the administration of Republican President George W. Bush.

Many Cubans are defiant, however, saying their main problem was the U.S. economic embargo.

“We have lived for 50 years with the blockade so we are going to continue living the same way with or without Trump,” Teresa Almentero, 52, a cigar roller, said after paying tribute to Castro in Revolution Square.

“He doesn’t scare me, nor does he scare any Cuban.”

Arabs wouldn’t vote for either Biden or Trump, survey reveals