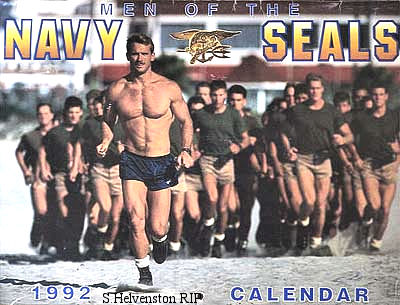 President Donald Trump said on Thursday that a military decision to make the Navy SEAL ethos gender-neutral was “ridiculous” and vowed to overturn it, his latest move to intervene in lower-level military affairs ahead of the Nov. 3 election.

Earlier this week, the Navy said it would be making the elite commando force’s ethos gender-neutral, by removing the word “man,” since it was written prior to women being allowed to serve in the SEALs. The changes already appear on the Naval Special Warfare Command website.

Trump replied to a tweet on Thursday about the change by saying: “I will be overturning this ridiculous order immediately!” The Navy referred questions to the White House. A defense official, speaking on condition of anonymity, said the Navy had not formally briefed Trump on the changes and he appeared to have heard about it on Twitter.

There is increasing concern that Trump is politicizing the U.S. military, which is meant to be apolitical, as he campaigns for re-election. Those concerns came to a head after Trump threatened to deploy active-duty troops to quell civil unrest in U.S. cities over the killing of George Floyd, a Black man who died on May 25 after a Minneapolis policeman knelt on his neck.

Last month, Trump said his administration would not be shutting down the Stars and Stripes military newspaper as announced by the Pentagon earlier this year.

Trump has increasingly clashed with Pentagon leaders over a range of issues after initially giving retired generals senior positions in his administration. Last month Trump accused the U.S. military brass of wanting to fight wars to keep weapons makers happy.