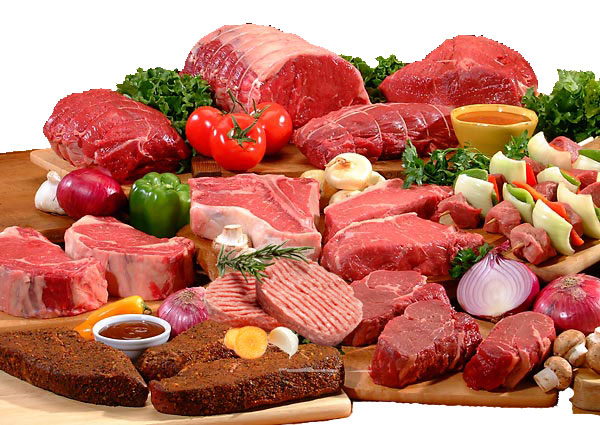 U.S. President Donald Trump ordered meat processing plants to stay open to protect the nation’s food supply even as workers got sick and died. Yet the plants have increasingly been exporting to China while U.S. consumers face shortages, a Reuters analysis of government data showed.

Trump, who is in an acrimonious public dispute with Beijing over its handling of the coronavirus outbreak, invoked the 1950 Defense Production Act on April 28 to keep plants open. Now he is facing criticism from some lawmakers, consumers and plant employees for putting workers at risk in part to help ensure China’s meat supply.

“We know that over time exports are critically important. I think we need to focus on meeting domestic demand at this point,” said Mike Naig, the agriculture secretary in the top U.S. pork-producing state of Iowa who supported Trump’s order.

The disruptions mean consumers could see 30% less meat in supermarkets by the end of May, at prices 20% higher than last year, according to Will Sawyer, lead economist at agricultural lender CoBank.

While pork supplies tightened as the number of pigs slaughtered each day plunged by about 40% since mid-March, shipments of American pork to China more than quadrupled over the same period, according to U.S. Department of Agriculture data. tmsnrt.rs/2YLF1XN

Smithfield, which China’s WH Group bought for $4.7 billion in 2013, was the biggest U.S. exporter to China from January to March, according to Panjiva, a division of S&P Global Market Intelligence. Smithfield shipped at least 13,680 tonnes by sea in March, Panjiva said, citing its most recent data.

Smithfield, the world’s biggest pork processor, said in April that U.S. plant closures were pushing retailers “perilously close to the edge” on supplies.

The company is now retooling its namesake pork plant in Smithfield, Virginia, to supply fresh pork, bacon and ham to more U.S. consumers, according to a statement. The move is an about-face after the company reconfigured the plant last year to process hog carcasses for the Chinese market, employees, local officials and industry sources told Reuters.

The virus infected about 850 employees at another Smithfield pork plant in Sioux Falls, South Dakota. Across the U.S. industry, about 5,000 infections and 20 deaths occurred, according to the U.S. Centers for Disease Control and Prevention.

“That tragic outcome is all the worse when the food being processed is not going to our nation’s families,” said U.S. Representative Rosa DeLauro, a Democrat from Connecticut. “That is what the Defense Production Act is all about: protecting America’s national interests, not China’s.”

Pork processor Fresh Mark resumed making bacon and ham for global customers at a Salem, Ohio, plant it shut in April over coronavirus cases. “If we start having a shortage in America, I think it should stay here,” said Bruce Fatherly, a maintenance worker at the plant and member of the Retail, Wholesale and Department Store Union.Fresh Mark said exports are a small part of its business.

WHOLE HOGS
The supply concerns could not have been foreseen when Trump signed a deal in January to ease a trade war he started with Beijing two years earlier. China promised to increase purchases of U.S. farm goods by at least $12.5 billion in 2020 and $19.5 billion in 2021, over the 2017 level of $24 billion.

The White House declined to comment. The USDA and U.S. Trade Representative’s office did not respond to requests for comment. China increased its purchases because of its dire need for protein after a pig disease called African swine fever led to the death of half the country’s herd over the past two years. Beijing lifted a nearly five-year ban on U.S. chicken imports in November and also waived retaliatory tariffs on meat shipments to help boost supplies.

Year-to-date, about 31% of U.S. pork has been exported, totaling about 838,000 tonnes, according to the U.S. Meat Export Federation. One-third of that volume went to China, accounting for more than 10% of total first-quarter production, the industry group said.

JBS, which produces pork, beef and chicken, told Reuters it reduced exports to focus on meeting U.S. demand during the pandemic. About 280 employees at a JBS beef plant in Greeley, Colorado, have been infected with the virus, and seven died, union officials said. “I think we need to take care of our country and our needs first,” said Kim Cordova, president of the local United Food and Commercial Workers International Union that represents plant employees.

Tyson Foods did not respond to requests for comment about exports. Suppliers like Tyson have limited meat products for retailers because of plant closures. Kroger Co and Costco Wholesale Corp, meanwhile, restricted shoppers’ meat purchases.

U.S. farmers, who struggled financially during the trade war with Beijing, say they still need importing countries, including China, to buy their pork. Prior the pandemic, they grappled with an oversupply of hogs. “There’s enough meat for all channels if we could get these plants back up and rolling,” said Brian Duncan, a hog farmer and vice president of the Illinois Farm Bureau.