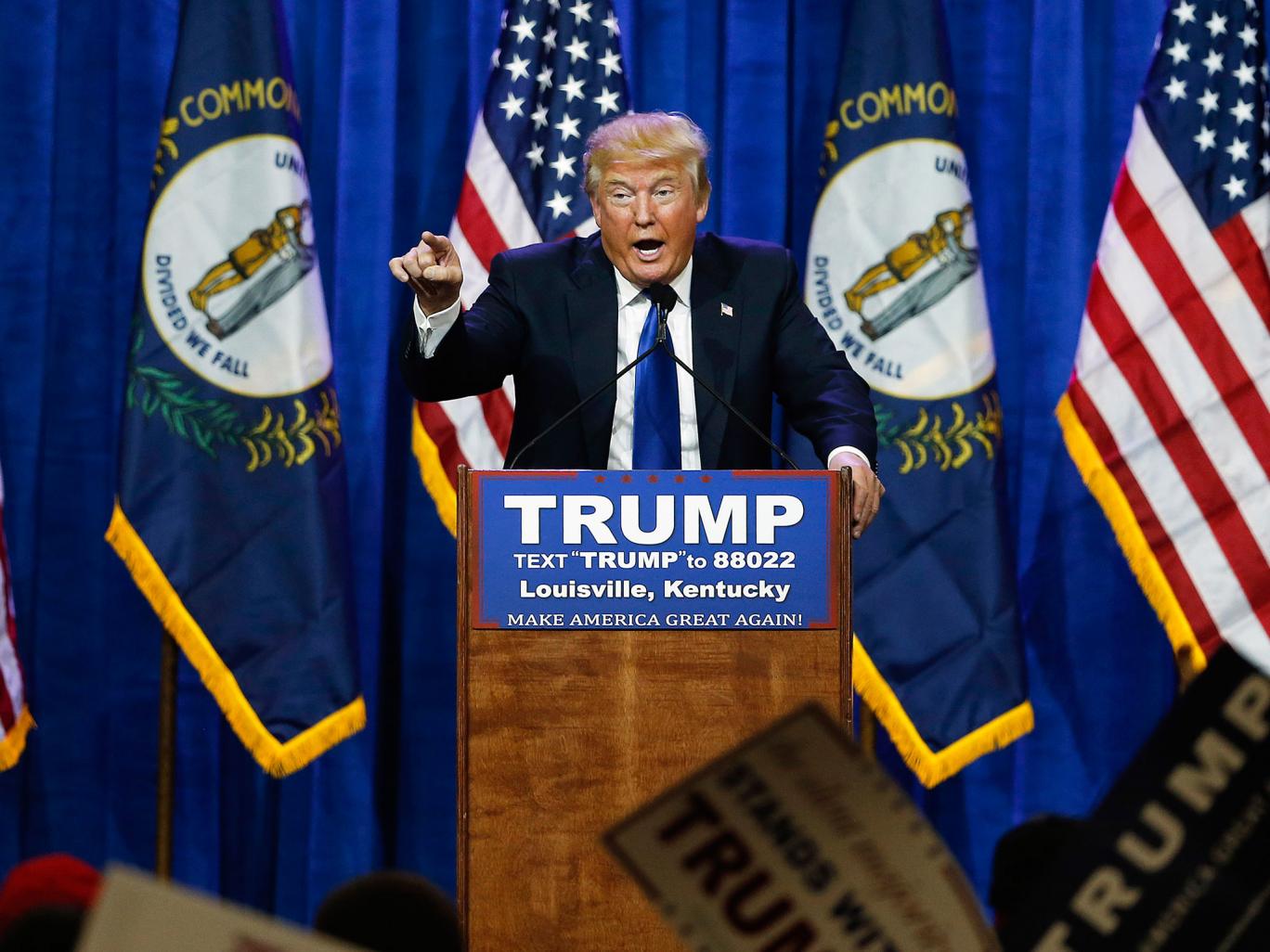 By Heather Saul for The Independent — Donald Trump has reacted to the devastating attacks in Brussels by claiming the West is “having problems with Muslims” and suggesting authorities should surveil mosques and “study what is going on”.

Two explosions at Brussels Airport and one at a metro station in the Belgian city have killed at least 26 people and injured 135 more. Authorities believe the airport explosion was carried out by a suicide bomber.

Responding to the blasts, Trump claimed Brussels was once a crime free zone but is now a “total disaster”.

Trump has made a number of inflammatory claims about Muslims since launching his campaign for the Republican nomination and in March declared that Islam “hates us”. He has already provoked international condemnation by calling for Muslims to be banned from the US in the wake of the Paris attacks and will no doubt ignite fury again after escalating his rhetoric in response to the Brussels attack.

In a separate interview, Trump claimed the US and Western countries are “lax and foolish” and must take more severe measures against Isis, telling Fox&Friends: “We don’t know where they’re from, who they are. They could be Isis. They could be Isis related. We just don’t learn.”

“I’ve been talking about this for a long time, and look at Brussels. Brussels was a beautiful city, a beautiful place with zero crime, and now it’s a disaster city. It’s a total disaster.”

Trump said the US would close up its borders in response if he was in power and reiterated his support of waterboarding as an interrogation method.

They say that history repeats itself. The political turmoil in Lebanon and the ongoing civil …