Trump caved spectacularly to Putin. Here’s what might happen next

For as long as history remembers Donald Trump, it will be a day that will live in infamy.

The President’s summit with Russian President Vladimir Putin in Helsinki on Monday is already one of the most notorious moments in the tortured relations between Washington and Moscow. 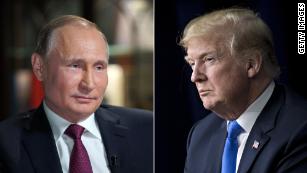 Trump sides with Putin over US intelligence
Trump’s humiliation is taking its place alongside John Kennedy’s bruising at the hands of Nikita Khrushchev, and George W. Bush staring into Putin’s eyes and getting a sense of his soul.
Like those moments in US-Russia summit lore, the events that unfolded Monday are likely to have significant and unpredictable political and geopolitical reverberations in the United States and around the world.
Trump’s favoring of Putin’s denial of election interference accusations leveled by the US intelligence community was not just the most abject display given by any President overseas, it may be the moment that finally validated claims that Trump prizes his own interests above those of America.
The most obvious question — why did Trump cave so spectacularly to Putin — is likely to remain cloudy going forward, at least unless special counsel Robert Mueller finds evidence the President is beholden to the Russian leader.
But there are going to be profound consequences in Washington and beyond.
Here is what may happen next.

Trump WILL fight back

In 1961, Kennedy emerged from a roughing up by Soviet leader Khrushchev in Vienna and admitted to James Reston of The New York Times that their meeting had been the worst thing in his life.
It’s no surprise that Trump showed no similar self-awareness in a sympathetic interview with Sean Hannity of Fox News on Monday, but Kennedy’s description of his humiliation would be a good summation of the 45th President’s encounter with Putin.
Objectively, Trump has emerged from the summit a diminished figure.
He looked weak. He was obsequious to the stone-faced Russian leader and came across as unprepared and outmatched. He looked as far as it is possible to be from his own self-image as a bullying tough-as-nails dealmaker, the man who boasted at the Republican National Convention in 2016 that “I alone can fix it.”
The myth of Trump as an American strongman may never recover. 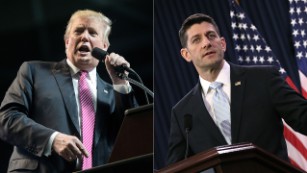 The GOP’s wrist-slap response to Trump’s Russia explosion
It is already clear that the summit is a short-term political disaster for Trump. For a man who jealously guards his image, the mockery will sting and will provoke a backlash.
Top Republicans like House Speaker Paul Ryan, who normally don’t criticize him, put distance between themselves and Trump.
“The President must appreciate that Russia is not our ally, there is no moral equivalence between the United States and Russia,” Ryan said in a written statement.
Even Newt Gingrich, a Trump supporter, rediscovered his roots as an old Cold Warrior.

President Trump must clarify his statements in Helsinki on our intelligence system and Putin. It is the most serious mistake of his presidency and must be corrected—-immediately.

“President Trump must clarify his statements in Helsinki on our intelligence system and Putin. It is the most serious mistake of his presidency and must be corrected — immediately,” Gingrich tweeted.
Trump tried to clean up his mess in tweets as he flew home across the Atlantic.
“As I said today and many times before, ‘I have GREAT confidence in MY intelligence people,'” he wrote. “However, I also recognize that in order to build a brighter future, we cannot exclusively focus on the past — as the world’s two largest nuclear powers, we must get along!”

As I said today and many times before, “I have GREAT confidence in MY intelligence people.” However, I also recognize that in order to build a brighter future, we cannot exclusively focus on the past – as the world’s two largest nuclear powers, we must get along! #HELSINKI2018

A normal President might rethink his approach to leadership.
It was his hubris and desire to be unchained from his staff that led him to meet Putin alone for nearly two hours in Helsinki — fueling rumors that he is under the Russian leader’s spell. His claim that he was ready for what would be the “easier” leg of his European tour now looks damning. Trump’s confidence that he can wing it through international summits ought to be in tatters — given his failure in Finland and the ballyhooed summit with North Korean leader Kim Jong Un in Singapore last month, where the President also seemed outmaneuvered.
More likely, Trump will double down and change the subject. When he’s in a corner, he fights back. Twitter may catch fire on Tuesday.

What will the West do now?

Trump is supposed to be the leader of the free world. But such men don’t kowtow to Russian dictators.
Trump’s performance on Monday followed his blitzkrieg through Europe, in which he split the transatlantic alliance, and insulted allied leaders like Germany’s Angela Merkel and Britain’s Theresa May — effectively doing Putin’s work for him.
The debacle in Finland was exactly what America’s friends feared before Trump even left Europe, and it is already beginning to shape their calculations going forward.
“We can no longer completely rely on the White House,” German Foreign Minister Heiko Maas told the Funke newspaper group, according to Reuters.
“To maintain our partnership with the USA we must readjust it.”
Despite Trump’s trolling of US allies over defense spending, the NATO summit last week did take steps to bolster transatlantic defenses and rapid reaction forces. Yet in an alliance built on the principle that an attack on one is an attack on all, the symbolic leadership of the US President is an existential issue. Europe is increasingly nervous.
So it is significant that Maas used the words “White House” rather than the United States — because it reflects how Europeans are increasingly looking for ways to engage Washington through other centers of power rather than through the capricious President.
Beneath the uproar of Trump’s disruptive blast through Europe, strong links remain between the military, business, intelligence agencies and civil society groups on either side of the Atlantic.
Those may be crucial to riding out the Trump storm.
Nicholas Dungan, a senior fellow at the Atlantic Council who teaches at the prestigious French research university Sciences Po, said it was time for America’s friends in Europe and for the US leadership class — political figures, CEOs, heads of think tanks and universities — to take action.
“Stop wringing your hands … get your act together and start doing things that are going to repair the situation, rather than just sitting around and talking about how bad the situation is with Trump,” he said.
Dungan argued that America’s friends — like French President Emmanuel Macron, Merkel and Japanese Prime Minister Shinzo Abe — need to adopt a dual track approach:
“You need two different policies. You need one policy to the individual Donald Trump, because it’s clear that he doesn’t make the distinction between himself and his office. You need another policy toward the United States of America.”

Putin will draw his own conclusions

The formative moment in Putin’s life came when he watched the evisceration of the Soviet empire from his post in Dresden, East Germany, after the fall of the Berlin Wall in 1989.
That searing experience nurtured a fierce grievance against the United States, the victor in the Cold War, and a political career dedicated to the reversal of Moscow’s humiliation.
By so comprehensively outpointing the American President in full view of the world — and the viewers back home on state television in Russia — Putin engineered a full circle moment.
“Vladimir Putin pitched a shutout. Trump got beat up in the locker room,” retired Lt. Col. Ralph Peters, a former Fox News analyst, told CNN’s Anderson Cooper on Monday, calling the US leader a “disgrace” to the country and the presidency.
US intelligence experts said Putin will take one message from Monday’s events: that Trump is weak and there is no price to be paid for warping US democracy.
“The President missed a prime opportunity to confront Putin face-to-face and assert with some level of forcefulness that we know that you did this and here’s what we are going to do if you don’t stop,” said Richard Ledgett, a former deputy director of the National Security Agency.
The fear now is that Putin will interpret Trump’s solicitous showing in Helsinki as an incentive to come back for more — to try to manipulate the midterm elections in November, or in 2020 with an updated version of the Russian hacking and interference assault that occurred in 2016.

Trump’s disaster in Helsinki left everyone who works for him, or supports him, with a choice.
Does it matter that the President refused to stand up for America abroad and chose to align himself with the global political figure who is most hostile to American power, values and historic achievements?
The first officials in the hot seat are the chieftains of the intelligence services, including Director of National Intelligence Dan Coats, who was personally repudiated by the President in the news conference. Coats had just said last week that the “warning lights are blinking red again” over possible Russian interference in the midterms.
“We have been clear in our assessments of Russian meddling in the 2016 election and their ongoing, pervasive efforts to undermine our democracy,” Coats said in a statement after the summit.
But Trump’s behavior raises questions about how top intelligence officials can remain in their posts after being so spectacularly thrown under the bus. 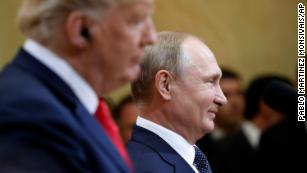 ‘How bad was that?’: Even Trump aides question damage done
After the White House and State Department went dark Monday, unable to explain Trump’s performance, senior officials are also likely to engage in fresh soul searching.
Monday’s events train new scrutiny on top Republicans, who will come under renewed pressure to rein in their President. But this time, as after every previous outrage, it seems unlikely they will take on the political base that never deserts Trump.
“Today’s performance by the President should be a signal to many of those people that it’s time to perhaps say publicly what you say privately in the parlors and restaurants of Washington,” Larry Pfeiffer, the senior director of the Situation Room in the Obama administration, who also served in the CIA under President George W. Bush, said on CNN.