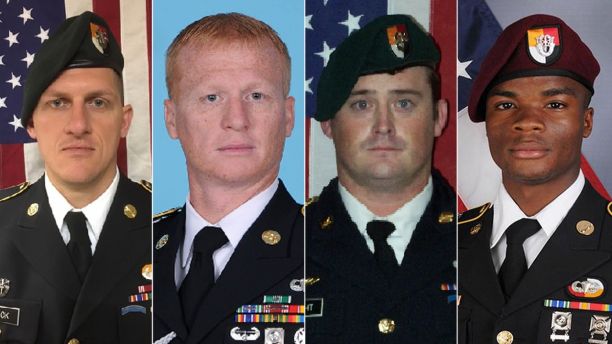 American troops who came under fire in Niger during a deadly ambush this month might have waited more than an hour before calling for help, the top United States military officer said on Monday.

Gen. Joseph F. Dunford Jr., the chairman of the Joint Chiefs of Staff, said he did not want to speculate about why service members took so long to call for backup, but suggested one reason might be that they thought they could fight back against the Islamic State-affiliated militants who attacked them.

“My judgment would be that unit thought they could handle the situation,” General Dunford told reporters at the Pentagon, but added that until a full investigation was complete, defense officials would not be able to explain the delay.

After another hour, he said, French aircraft and warplanes arrived at the scene.

General Dunford’s comments were the fullest explanation so far from the Trump administration about the ambush and what led up to it. About a dozen members of an Army Special Forces unit joined roughly 30 Nigerien soldiers and embarked on what was initially expected to be a routine reconnaissance mission. But they were attacked by about 50 militants while returning to base, and four Americans and four Nigeriens were killed. Two Americans were wounded, as were six Nigeriens.

The mission’s planners had said that encountering enemy forces was unlikely, according to General Dunford. The Pentagon is investigating whether the mission was altered after the unit left its operating base, he said. American forces in Niger operate under strict rules that forbid them to go on missions that could involve contact with an enemy.

According to General Dunford, the Americans and their Nigerien counterparts departed for the mission early on Oct. 3 and were attacked a day later while returning to base.

The Pentagon is investigating inconsistent accounts about what prompted the attack. They differ on the question of whether the troops pursued the Islamic militants, who were on motorbikes, or simply saw them from a distance and were later ambushed as they questioned local villagers about the militants.

Though helicopters did not arrive until an hour after the troops called for help, a drone arrived overhead in minutes, General Dunford said, though he would not say whether it was armed.

Communications between troops and their higher commands, especially for Special Operations Forces operating far afield from other friendly units, can be difficult. General Dunford did not rule out that the Green Berets could have tried to call for help during that initial hour but were unsuccessful.

“I make no judgment about how long it took them to ask for support. I don’t know that they thought they needed support prior to that time,” General Dunford said. “I don’t know how this attack unfolded. I don’t know what their initial assessment was of what they were confronted with.”

General Dunford said that the two wounded Americans were evacuated by French helicopters and that the bodies of three Americans who were killed were evacuated in the early evening of Oct. 4. The body of Sgt. La David T. Johnson, a mechanic serving with the unit, was recovered two nights later.

General Dunford said that the French support was part of the mission’s plan and that French, Nigerien and American troops searched nonstop for Sergeant Johnson, though he would not say how many American forces were involved in the search. France has roughly 4,000 forces deployed to the region, part of a military campaign that began in 2013 to drive Qaeda militants from Mali.

The soldiers’ deaths underscored the growing American military presence in Niger, overlooked by much of the public. In 2013, only 100 American troops were stationed there. Now, roughly 800 American troops are in Niger, the majority of them committed to building a new drone base in the city of Agadez.

About 6,000 American troops are spread across Africa, mostly concentrated in Niger, Djibouti and Somalia.

General Dunford said that the Pentagon owes answers to the families of all four American service members who were killed in the attack.

His hourlong news conference was part of the Pentagon’s latest effort to contain the political fallout from the ambush, which has grown as President Trump has feuded with a congresswoman close to the family of Sergeant Johnson.

Defense officials said the Pentagon has begun a review of how the military conducts its advise-and-assist missions to train African troops across the continent.