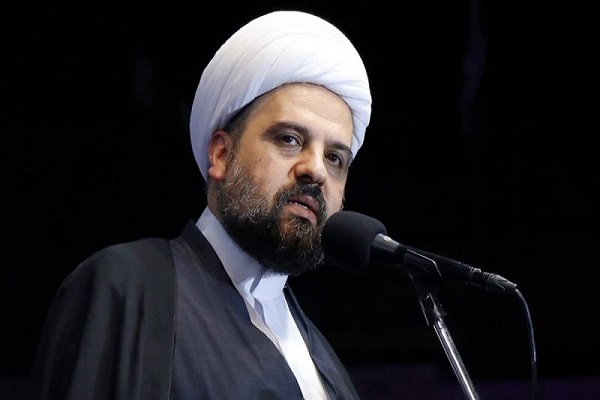 A senior Shiite cleric, Sheikh Ahmed Qabalan, on Tuesday announced that voting in the upcoming parliamentary elections is a “national and religious duty,” as he called for “purging state administrations and institutions of U.S. influence.”

“We reiterate that one of our biggest national and electoral battles must be focused on purging state authorities, administrations and institutions of U.S. influence,” Qabalan said in his Eid al-Fitr sermon.

Addressing “Lebanese in general and Shiites in particular,” Qabalan added: “The electoral juncture is a major act of worship and a crucial national, moral and religious duty. Hesitation is forbidden or rather haram (banned in Islam), leaving the electoral battle is haram and a blank ballot is haram, because God entrusts us with the country and its authorities.”

“Those who abandon the electoral battle would be abandoning God’s biggest acts of worship… The Americans along with a normalizing regional alliance are fighting the battle of exhausting Lebanon and burning everything with the aim of Zionizing Lebanon,” Qabalan warned.

“Neutrality is a grand crime and the battle is crucial,” the cleric added, noting that “fasting and prayer have no value” if not complemented with “political partnership and ballot boxes.”

“Religious and national duties begin at the mosque and are completed in politics, and those who abandon politics would be abandoning the mosque,” Qabalan went on to say.