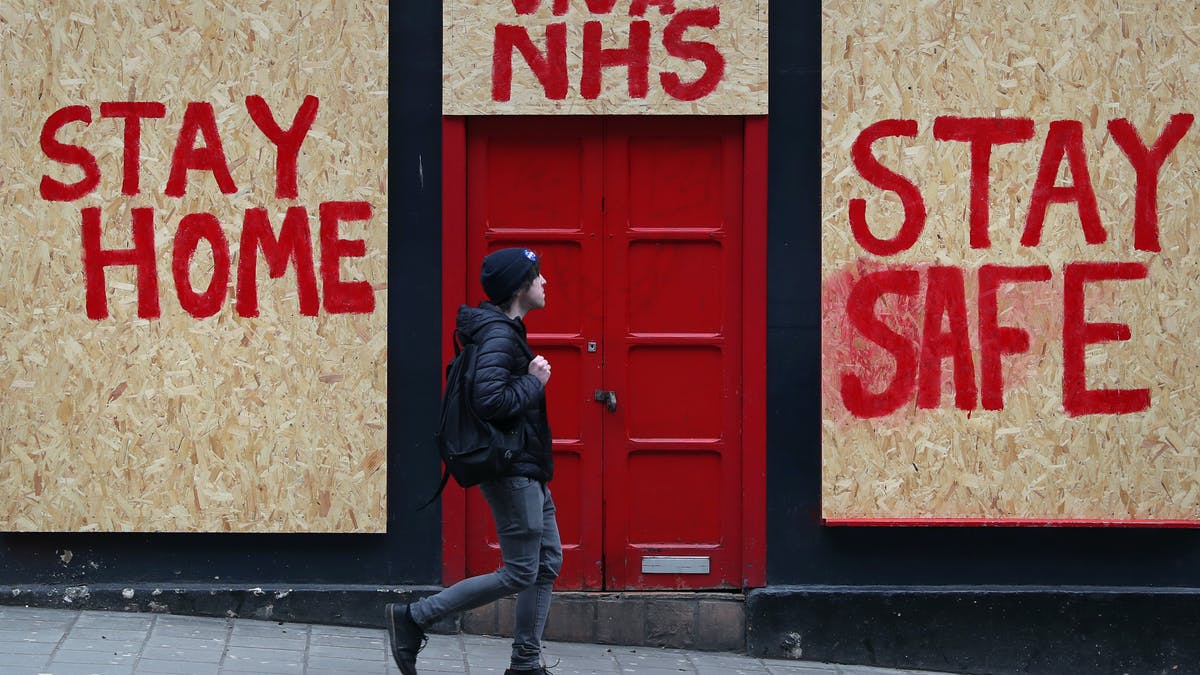 WHO top official: lockdowns are a mistake

The World Health Organization’s special envoy on COVID-19 urged world leaders earlier this month to reconsider ‘using lockdowns as the primary control method’ of battling Covid-19. After first creating global panic by putting the Covid-19 mortality rate higher than 3 percent and urging governments in an unprecedented move to lockdown healthy people, the WHO now turns 180 degrees. Not only on the figures, but on the draconic measures it preached itself.

By Arthur Blok & Marco Mattiussi
In a recent interview, the Special Envoy to World Health Organization (WHO) and Director-General on Covid-19, Dr. David Nabarro has recommended a Covid-ready society in which “…people will learn to live with the virus instead of unending lockdown as a preventive measure having produced no vaccines or cure for the virus.

Since day one of the crisis all eyes have been pointed towards the WHO, the institute created to handle global crisis situations. However instead of guiding and advising the world about the impending dangers of the coming virus, the WHO helped China to cover up for the pandemic. On top of that it took a series of wrong decisions endangering global public health.

China’s example
After the early stage of denial, and after it became clear to everybody that a pandemic was developing, the WHO suddenly changed its approach and strongly urged nations to follow China’s example in imposing strict national lockdowns. This resulted in trillions of dollars business losses, closure of workplaces, laying off of hundreds of thousands of employees and in bankruptcies of hundreds of thousands of small and medium size companies.

Consequently, the lockdown globally left tens of millions of workers without income and basic employer health coverage. This devastating process, as we all now, is far from being completed since, as many realistically fear, the worst has still to come.

Nabarro is now indirectly admitting one on many major failures of WHO in handling this crisis. He clearly states that indefinite lockdowns do more harm than good as a result of its effects to people and economies of nations at large. “This virus is going to be with us for the foreseeable future and nobody wants to go having lockdowns as we have at the moment”, said Nabarro.

He added: “We are not past the worst of it. This virus is going to be with us for the foreseeable future and we have to learn to coexist with the virus. Lockdowns only serve one purpose, to give the governments some breathing space to take appropriate measure.” As such, it should not be used anymore.

Now it becomes evident that locking down healthy people has become not only unnecessary but even counterproductive. This opinion shouldn’t be dismissed lightly, coming from one of the chiefs of the WHO itself who is also the candidate that came second in the race to become the next director general in May 2017, losing to Tedros Adhanom Ghebreyesus, the much criticized former Ethiopian minister head of the WHO.

Ghebreyesus mismanagement of the crisis, since the beginning angered people from all layers of the global society. On this background, Nabarro throws some oil on the fire with his recent statements, although probably unintentionally.

“We have all got to learn to live with this virus, to do our business and to have social relations with this virus in our presence and not to be continuously having to be in lockdown because of the risk of infections that can occur”, Nabarro states.

He urges the adoption of the “Middle Way solution”, being a combination of sensible measures adopted by the governments in order to monitor, manage and control the spread of the virus, avoiding any need of a further lockdown.

Mortality rate
No doubts that a large part of the global economy is on its way to be further destroyed. Airline companies, tourism and hospitality industries are already on the brink of disaster and many are following very soon, with catastrophic consequences for hundreds of millions of people.

This is a good moment to take a final critical look at what has been used as the main indicators by all governments to enforced repeated lockdowns: Covid-19’s mortality rate. Early reports out of China put the mortality rate of Covid-19 as high as 7 percent.

The WHO lowered this figure to roughly 3 percent a few weeks after the outbreak. These percentages were based mostly on hospitalized patients, and by the time the wave hit the United States, epidemiologists believed it was closer to 2 to 3 percent.

Now, factoring in asymptomatic infections, as well as mild cases that might not be part of official tallies, the Centers for Disease Control and Prevention puts the mortality rate at 0.65 percent. The WHO lowered this figure to around 0,35 percent more recently.

If not anything else, this shows that this indicator is highly unreliable for this very simple reason: one of the two data needed to calculate it (the total number of cases of COVID-19), is not known.

This leaves us with disturbing questions. Were all the draconian measures really necessary? Halting and destroying large chunks of the world economies was really a good strategy?

What will be the next mistake of the WHO? Perhaps urging the whole to take some kind of phony vaccine. Urging governments to register who does and does not vaccinate. Maybe even go as far as limiting population movement. Will we be reading some years from now a candid statement a that more people were harmed by the vaccine than the covid-19 itself?

Concluding: how much longer the world can take WHO’s mismanagement of this global crisis?

Arthur Blok is the Executive editor-in-chief of the Levant News, Marco Mattiussi is a senior Italian political analyst.

One comment on “WHO top official: lockdowns are a mistake”