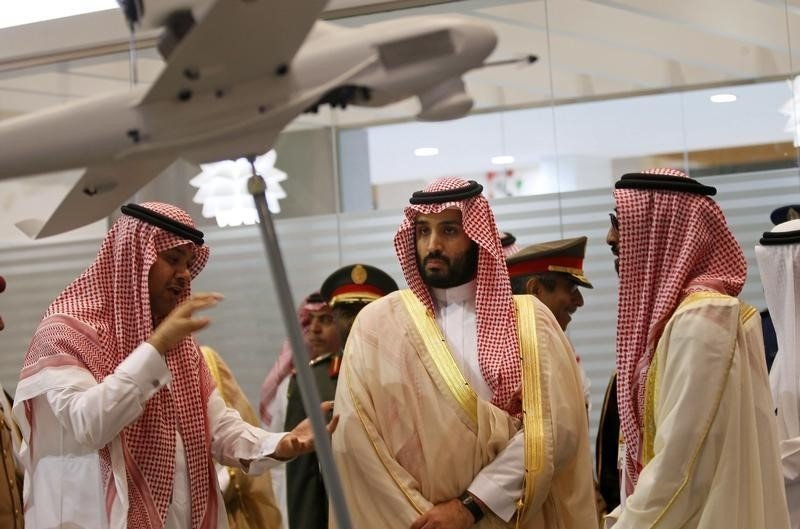 The recent flaring of tensions between the Saudis and their regional foe, Iran, compelled the visit to a longstanding ally.

The Pakistani military reiterated its commitment to Riyadh, declaring in a statement “that any threat to Saudi Arabia’s territorial integrity would evoke a strong response from Pakistan.”

But the Saudi overtures present an uncomfortable conundrum for Islamabad.

Home to both some of the world’s largest Sunni and Shiite populations, and a grim recent history of sectarian violence, Pakistan can ill afford getting too deeply involved in the wider power struggles of the Middle East — that is, the rivalry between Iran, a theocratic Shiite state, and Saudi Arabia, which sees itself at the vanguard of Sunni Islam.

Sections of the Pakistani establishment have long benefited from Saudi largess and patronage and Islamabad is ostensibly a willing member of Riyadh’s grand military alliance of “Islamic” countries unveiled last month, which was widely seen as a bulwark against Iranian interests.

But Pakistan also shares a vast border with Iran and harbors hopes of deepening ties with Tehran. Not long after Mohammed bin Salman’s departure, a key Sharif aide emphasized Pakistani support for the Saudis would not come in the form of ground troops.

“Sending our troops to any country is against our policy. Pakistan never sends its forces for any coalition apart from the United Nations,” said Sartaj Aziz, a senior foreign policy adviser to the prime minister.

The awkwardness of the present isn’t helped by the outsized role played by the young Saudi deputy crown prince, who, at just 30, has had a conspicuous ascension since the coronation of his father, King Salman, last year.

Mohammed bin Salman not only has the defense portfolio, but has also assumed responsibility as Saudi Arabia’s chief economic planner, a vital task given the perilous effect that a slide in global oil prices has had on his nation’s economy. There are rumors that the current crown prince, Mohammed bin Nayef, 56, could even eventually be moved aside for Mohammed bin Salman.

Unsurprisingly, the prince’s rise has caused ripples, and has antagonized some other members of the vast royal House of Saud who resent being shunted aside by the younger generation. Moreover, the prince and his father have presided over a pronounced — and, to some, worrying — shift in the kingdom’s role on the world stage.

Last year, Post columnist David Ignatius pointed to “the aggressive policy role played by Mohammed bin Salman,” seen most keenly in the largely derided Saudi war effort in Yemen. The intervention was aimed at thwarting the country’s Houthi rebels, a faction loosely affiliated with Iran. The conflict, though, has spiraled into a protracted battle and led to a crippling humanitarian crisis.

Houthi militant stands guard as supporters of the Houthi movement sit during a rally marking the birth anniversary of the Prophet Mohammed in Yemen’s capital Sanaa, on December 23, 2015.

Earlier this month, Saudi and Iranian relations reached a new nadir after Saudi authorities went ahead with the execution of a prominent Shiite cleric. Critics accused Riyadh of playing a deliberately provocative sectarian game, fueled in part by its own domestic insecurities.

In an interview with the Economist last week, Mohammed bin Salman attempted to cut a conciliatory role. When asked if he considered Iran his country’s biggest enemy, he responded: “We hope not.” But he gestured at an underlying theme: Riyadh’s own unease at perceived US attempts toward rapprochement with Tehran, as well as the larger sense that the United States is shying away from an earlier, more muscular posture in the Middle East.

“The United States must realize that they are the number one in the world and they have to act like it,” said the prince.

There is more widespread concern, though, in the destabilizing effect of Saudi Arabia’s own actions. Both in the United States and Europe, a frustration with the kingdom is growing. In an unusually blunt memo distributed to journalists last month, Germany’s chief intelligence agency, the BND, warned of the dangerous ambitions of King Salman and his son, who they claimed aspire to be “leaders of the Arab world.”

“The previous cautious diplomatic stance of older leaders within the royal family is being replaced by a new impulsive policy of intervention,” the BND said.

Old assurances have given way to a new, uncertain dynamic.

“There is also a sense that Prince Mohammed is an inexperienced gambler who is likely to double his stake when his bets fail,” writes veteran journalist Patrick Cockburn.

“This is the very opposite of past Saudi rulers, who had always preferred, so to speak, to bet on all the horses.”

Iran believes second Trump term could be good for it