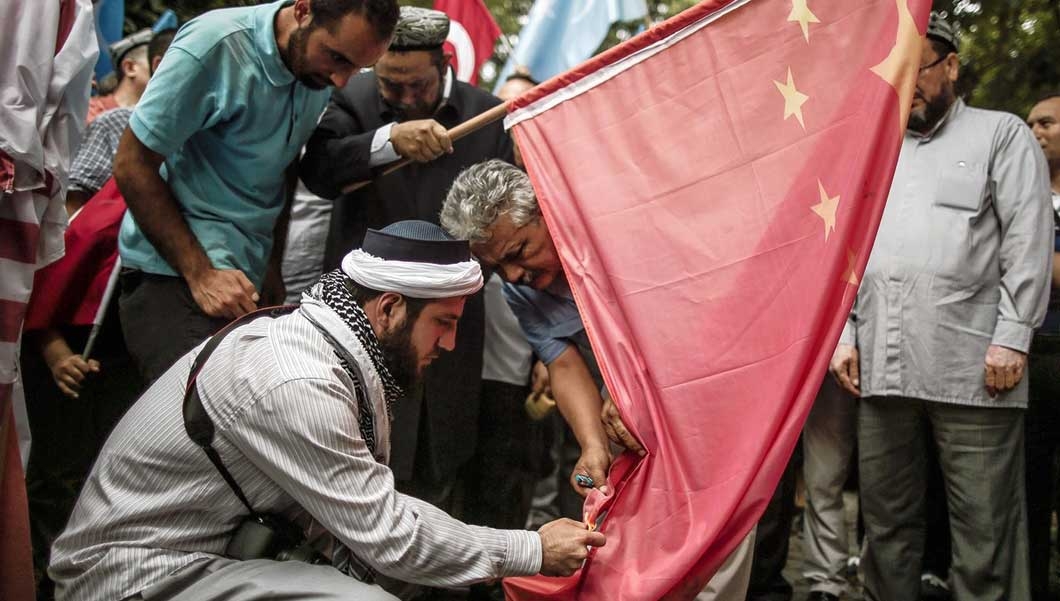 The Levant May 26, 2016 China, In Depth, Terrorism, Viewpoints Leave a comment

By GIANCARLO ELIA VALORI — The autonomous region of Xinjiang, in the People’s Republic of China – with a relative majority of Turkmen Muslim people (45%) and the Han Chinese who since 1949 have risen from 6% to 41% of the population – is an issue not only for China, but also a relevant geopolitical issue for Eurasia as a whole.

A total number of 22 million inhabitants, a soil rich in oil, gas and minerals, as well as strong tensions between the minority Turkmen region and the Han one – even taking the form of jihadist terrorism – and finally the spreading of Uighur terrorist actions in the rest of the Chinese territory and elsewhere.

According to reliable Chinese sources, from 1990 until 2001 the East Turkestan Islamic Movement (ETIM) – the Uighurs’ military arm – carried out over 200 terrorist attacks in China and inside Xinjiang.

Its political arm, the East Turkestan Liberation Oragnization (ETLO), was founded in Turkey in 1990 to explicitly fight against the Chinese government in Xinjiang.

It is already serious that a NATO country ventures to carry out so important operations without the Alliance’s evident support – and, if NATO were still a vital structure – this fact alone would be an issue on which to assess Turkey’s presence or not in the Atlantic Alliance.

Nevertheless, why Turkey – a NATO member State and its second armed force – supports the political and military fight of the Uighur separatists?

For two main reasons: Turkey pursues its own Panturanic project stretching from Anatolia to the whole Central Asia up to Xinjiang, the point of arrival of the Turkmen ethnic colonization.

Furthermore, the Turkish regime plans to capitalize on the “small jihad” of Central Asia to play a role of “Sunni Islamic protector”, which would bring Turkey back to a sort of neo-Ottoman Empire. This is President Erdogan’s true delirium.

Does NATO probably want to follow the Macbeth-style dreams of the Turkish AKP, the Party already banned in its components by the Turkish Constitutional Court, in Central Asia? And with which forces?

It is not known to what extent these projects – widely known to all international decision-makers – are consistent with the Turkish presence within NATO, but we know that the Atlantic Alliance has not said a single word on this new Turkish strategic posture.

Is NATO probably becoming obsolete, not after the end, but after the transformation of Cold War?

However, let us revert to the Uighur issue.

The East Turkestan Liberation Organization wants to unite – against China – also the Kazakhs in Xinjiang – and, indeed, Kazakhstan has long defined this group as “terrorist organization”.

It is worth recalling that, in the most acute phase of the Taliban jihad in Afghanistan against the ISAF forces, an entire brigade made up of Uighurs only and organized by Al Qaeda, with Chechen units, operated there, while some leaders of the Uighur jihad ran – on behalf of the Bin Laden “rank and file” – even the area of the Pakistani FATAs.

Hence the Uighur Islamist-jihadist movement is now a danger also for the Russian Federation, considering the link between the East Turkestan Islamic Movement and the Chechen jihadist separatism, with many exchanges of militant-terrorists and, probably, strong financial and logistical support.

Obviously this is a danger for the stability of the People’s Republic of China, which cannot afford a jihad area in such a neuralgic position for its defense and its peaceful land and maritime expansion, as anticipated by Xi Jinping.

In the near future this will be the starting point of the jihadist guerrilla warfare – the line of the Belt and Road Initiative defined in 2013.

It is a severe danger also for India, considering the perviousness of the Islamic areas in the Central-Northern part of the Indian Federation, which cannot certainly tolerate a jihadist fire in its Koranic religion areas.

Finally it is a danger also for the United States which – owing to economic and financial reasons – cannot afford a People Republic of China with a jihad active in a strategic area for China’s economic expansion and political stability.

Do the United States probably want to destabilize the country which is still the main holder of US bonds?

Unless the United States, dominated by Turkey in Syria, do not want to accept the Turkish geopolitics also in the whole Central Asia, with a view to “surrounding China” and possibly threatening the Russian Federation from the East and from the South, as they are doing along the new borders between Europe-28 and Russia.

It would be a huge strategic suicide, albeit not unlikely considering the current ineffectiveness of the US foreign policy at global level.

Let us leave aside the European Union, which counts nothing and is blackmailed even by Turkey for the migrant issue.

Nevertheless there are significant personal cases in relation to the Uighur issue: Dolkun Isa’s is a case in point.

Dolkun was a leader of the movement of “East Turkestan” in Xinjiiang. He escaped from China in 1997 and arrived in the easy paradise of the new jihad, namely Europe, where he became German citizen in 2006.

Currently he is the Secretary of the World Uighur Congress, an international organization of exiled Uighurs which, however, operates both inside and outside Xinjiang.

This “Congress”, partially funded by the US National Endowment for Democracy, was founded mid-April in Munich, a city near the German intelligence headquarters – and currently we cannot perceive the explicit relations, which implicitly exist, between the WUC and the military groups of the jihadist insurgency in the Xinjiang.

China has issued an Interpol “red notice” against it, namely an international arrest warrant which, however, has not been followed up by Germany, the other European countries or the United States. The same holds true for Italy itself where Dolkun Isa travelled and carried out political activity, as well as covert activities to cover up the actions of the military wing of the Uighur jihadist movement.

In Italy Dolkun operated also through the Radical Party.

Moreover there is an organizational connection between the networks of the Tibet insurgency and the Uighur ones, which tend to use a distorted description of the situation in Tibet so as to justify the Chinese “repression” of the Uighurs that, in fact, regards only an anti-jihadist fight.

In 2009 Dolkun Isa was denied access to South Korea, while he succeeded in paying a visit to India on April 22, 2016, with a clear anti-Chinese goal in mind.

Briefly, the Uighur political-military network is gaining support from all the countries, which have potential regional contrasts with the People’s Republic of China.

This easily points to the Uighur network as a future tool for a series of proxy wars between China and its Asian competitors.

Why, however, does Germany openly support Dolkun Isa and the other leaders of the Uighur network present in the country?

We can think of a domestic interest, considering that the diaspora Uighurs can easily connect themselves with the very wide Turkish network traditionally present in Germany. We can also assume that Germany intends to favour the reckless and ill-advised Turkish action in the Middle East , so as to “overthrow the (so-called) tyrants” but, indeed, to reach Turkey’s hegemony over the current and future failed states in the region, up to Xinjiang.

From which every European country, regardless of its being NATO member, will be fiercely excluded.

A strongly irrational strategic choice which I believe has much to do with the Turkish blackmail through the mass of refugees of the war created by Turkey and the United States, namely the destruction of Syria, which will be followed by other “operations” to “bring democracy”.

The WUC President is Rebiya Kadeer, a rich business woman operating between China and Russia, as well as a US citizen, which shows that the United States use the Uighur “Congress” as a tool to destabilize China in the future, according to the now evident ill-fated model of the “orange revolutions”.

Is this the real US interest? We doubt it and we really hope so.

The Honorary President – now passed away – is the Turkish citizen Riza Bekin Pascià.

The WUC chief advisor is the German citizen Erkin Alptekin, the son of a Uighur leader who, when the Chinese arrived in Xinjiang, escaped to Jammu and Kashmir, as well as to Srinagar. Later he studied journalism in Istanbul and long worked for Radio Free Europe.

The vice-Presidents are Seyit Tumturk, a Turkish citizen dealing with the reception of many Uighur fugitives in Turkey, through Thailand and India, as well as Khariman Hojamberdiyev, a Kazakh autonomist leader – and it is worth recalling that over 250,000 Uighurs live in Kazakhstan, another pole of the Turkish Panturanic project.

The third vice-President is Omen Khanat, resident in the United States.

The other two vice-Presidents are Asgar Khan, another German citizen, and Semet Abia, resident in Norway.

The Secretary-General is the above mentioned Dolkun Isa. The vice-Secretaries General are the Turkish Erkin Emet, the Kazakh Abdulrashid Turdiyev and Tuyghun Abduweli, resident in Canada. Two likely Turkey’s friends.

The spokesmen are Dishad Reshit, resident in Sweden, and Alim Seytoff, who lives in the United States.

There is also a “Youth Party” linked to the WUC, which operates from the United States.

The WUC funds are manifold: in addition to the funds raised directly in Xinjiang, every year the National Endowment for International Peace grants 215.000 US dollars to the Uighur movement, over and above the funds from the German, Swedish and Norwegian governments.

Briefly there is the essential need to put an end to the WUC network outside China and, particularly, to the network of the jihadist military separatism in Xinjiang. Two networks which are closely interwoven.

This is the real interest of all global players, including the United States.

This is the reason why we propose to hold an International Conference on Xinjiang, attended by the Russian Federation, the People’s Republic of China, India, the United States and the other Central Asian countries, recognizing the Turkmen-Uighur jihad as a primary danger for their society and the strategic stability of the whole Asia.

If this did not happen, Central Asia could easily collapse and China could focus on the reaction to the Uighur jihad. Most of the land choke-points along the border between Russia and China – which is ever more important today – could take fire so as to weaken both countries. This is in nobody’s interest.

*Professor Giancarlo Elia Valori is an eminent Italian economist and businessman. He holds prestigious academic distinctions and national orders. Mr Valori has lectured on international affairs and economics at the world’s leading universities such as Peking University and the Yeshiva University in New York. He currently chairs “La Centrale Finanziaria Generale Spa”, he is also the honorary president of Huawei Italy, economic adviser to the Chinese giant HNA Group and Khashoggi Holding’s advisor. In 1992 he was appointed Officier de la Légion d’Honneur de la République Francaise, with this motivation: “A man who can see across borders to understand the world” and in 2002 he received the title of “Honorable” of the Académie des Sciences de l’Institut de France. 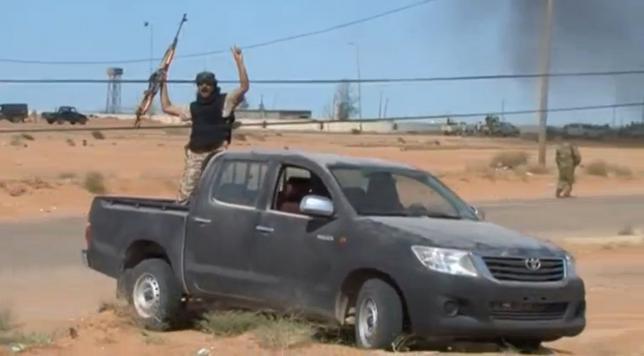