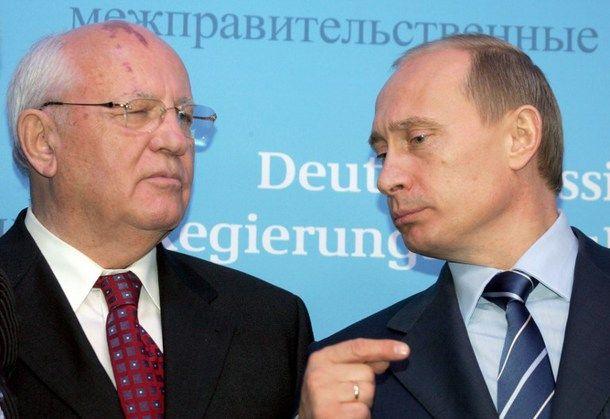 The tragedy of Mikhail Gorbachev

He was called a hero for shepherding the end of the USSR and Cold War. But he would not survive Russia’s ensuing societal rupture.

Mikhail Sergeyevich Gorbachev, whose death was announced today, was the most tragic figure in recent history. A man of high ideals but from a very constrained intellectual background, he had great achievements to his credit — and yet, lived to see almost all of them destroyed.

One of his finest legacies was that compared to the fall of other empires (including the British and French): he presided over the Soviet collapse with extraordinarily little bloodshed. And now, even that achievement is being destroyed by the post-imperial war in Ukraine.

Gorbachev made very serious mistakes — but it may well be that the combination of challenges he faced would have defeated the greatest of statesmen. No other leader in history has been forced fundamentally to reform a semi-developed but irrational and sclerotic economic system while at the same time transforming a vast multinational empire, even as the ideology that held that empire together was disintegrating around him. The nearest historical parallel is with the reformers of the Ottoman Empire in the decades before its final collapse — and they also failed disastrously.

To understand both Gorbachev’s idealism and his naivete about the Soviet system, it is vital to understand the real successes achieved by the USSR. Indeed, Gorbachev himself was one of them. He was born to a poor peasant family of mixed Russian and Ukrainian origin in Stavropol Province of the northern Caucasus. The Soviet system and the Communist Party educated him and gave him enormous opportunities. His father was wounded in the Red Army during the Second World War, and Gorbachev was 14 years old when that army won its great victory over Nazi Germany.

In the years that followed, he witnessed the Soviet technological and engineering achievements of the 1950s and 1960s. Later, as First Secretary of the Stavropol Communist Party, he presided over one of the last of these, the Great Stavropol Canal. He experienced Khrushchev’s “Thaw,” and the idealism of that period seems to have stayed with him, surviving the gray authoritarian “stagnation” of the Brezhnev years. This was also fed by classical Russian literature, much of which (at least in its Soviet selection) had a highly idealistic cast.

Like Khrushchev (though without his peasant coarseness), Gorbachev was therefore an entirely Soviet product, and despite his great intelligence, there were things he was not equipped to see. One was that the crimes of Communism did not begin with Stalin, but with Lenin, and therefore if fully revealed, would compromise the entire ideology on which the Soviet system depended. Another was the power of nationalism. Gorbachev seems genuinely to have believed in the brotherhood of Soviet peoples. Being half-Ukrainian himself, national hatred between Ukrainians and Russians was to him literally unimaginable.

Gorbachev’s failure is often contrasted unfavorably with the tremendous success of Deng Xiaoping in transforming Communist China during the same period, while at the same time holding the state together. This is however not entirely fair. Unlike China, not only was the Soviet Union itself a huge multinational state in which ethnic Russians were the minority, but it also ruled over large, ancient, and restive nations in Eastern and Central Europe.

Given Polish, Czechoslovak, and Hungarian history, and the enforced division of Germany, it was a certainty that as soon as Communist repression was relaxed, these countries would revolt. Given that they bordered on the USSR itself, it was also highly probable that the resulting unrest would spread to Soviet nationalities. Preventing this would have required ferocious repression. Not only did this contradict Gorbachev’s whole program, but he himself seemed to have genuinely shrunk from it.

Could Gorbachev have imitated Deng Xiaoping in reforming the economy while maintaining Communist authoritarian control? The problem here is that the Communist economic system in the Soviet Union was much older and more deeply rooted. In China, total state control of the economy only lasted twenty years, from the Great Leap Forward to the death of Mao.

In the Soviet Union, it lasted almost three times as long. By the time Gorbachev became leader, only a few very old people for example could remember farming for profit. Nor did the Soviet Union have a huge pool of poor, underutilized peasant labor, or the great Chinese commercial diaspora to draw on. The Soviet Union therefore simply did not possess China’s underlying economic dynamism. As a result, as political turmoil spread, the economy, far from flourishing, collapsed, destroying Gorbachev’s own legitimacy in the process.

Moreover, in order to carry out economic reforms at all, Gorbachev had to break the power of a Soviet bureaucracy deeply invested in the existing economic system and its ideological underpinnings. To break their power and initiate Perestroika (reconstruction), Gorbachev felt that he needed to introduce Glasnost (openness, transparency) to reveal the flaws in the system and undermine their power and ability to block change. But this also meant undermining the centralized power of the Communist Party — at which point the Communist leaders of certain Soviet republics began to hedge their bets by appealing to local nationalism.

Gorbachev might still have been able to hold a looser form of Soviet Union together, had it not been for a combination of other factors. Most important was the defection of the Russian Soviet republic itself, when Boris Yeltsin was elected as its leader in opposition to Gorbachev. The vote for him reflected public anger at economic misery, but also the feeling among Russians that Russian energy and raw materials were subsidizing the other republics.

Secondly, by the end of 1990 Soviet economic collapse meant that Gorbachev was deeply dependent on aid from the West. Much of his remaining personal prestige was tied to the end of the Cold War and the establishment of good relations with the West. Both of these things would have been destroyed if he had engaged in the level of repression necessary to hold the union together.

The only force that could have achieved this would have been the Soviet army. The army had, however, been systematically excluded from a domestic political role, ruthlessly under Stalin, more softly under his successors. The generals had no idea how to behave in these circumstances, and were moreover infuriated by the occasions on which Gorbachev used troops for local repression only to disown and criticize them. When a handful of generals did decide to act in August 1991, their coup was a chaotic shambles which dealt the Soviet Union its death blow.

Putin, though he received Gorbachev’s qualified approval, created a state antithetical to Gorbachev’s ideals. And in the final negation of those ideals, Russia invaded Ukraine in the name of a brutal great power nationalism, evoking in turn a fierce Ukrainian ethnic nationalism and permanently dividing the ethnicities of Gorbachev’s father and mother.

Thinking of Gorbachev in his later years, I am reminded of an elderly former officer of the Russian Imperial Army, who remarked in exile in Paris that if he had died in 1917 he would have had a happier life. Gorbachev too might have been happier if he had died with his country.