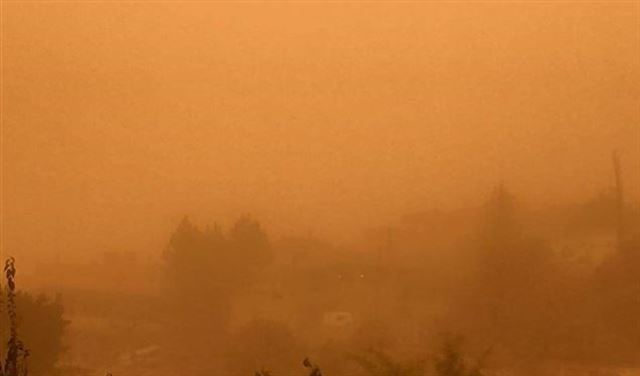 The Middle East just suffered its worst drought in 900 years

By Ishaan Tharoor for The Washington Post -- A NASA study has found that a drought that affected the Middle East over the past decade was perhaps the worst in the region's history for nearly a millennium.

The scientists, who published their study in the Journal of Geophysical Research-Atmospheres, examined the tree-ring record of the Eastern Mediterranean — countries ranging from Cyprus, Israel, Jordan, Lebanon, Turkey and Syria — to determine when water was most scarce. A thinner ring signifies drier years, whereas thicker ones indicate when water was in greater abundance.

"The magnitude and significance of human climate change requires us to really understand the full range of natural climate variability," said Ben Cook, lead author and climate scientist at NASA's Goddard Institute for Space Studies, gesturing at the need to take a larger look at the forces at play.

Between the years 1100 and 2012, the team found droughts in the tree-ring record that corresponded to those described in historical documents written at the time. According to Cook, the range of how extreme wet or dry periods were is quite broad, but the recent drought in the Levant region, from 1998 to 2012, stands out as about 50 percent drier than the driest period in the past 500 years, and 10 to 20 percent drier than the worst drought of the past 900 years.

This points to the impact humans potentially have had on the climate over the past century. And a changing climate has, in turn, impacted societies living in the arid Levant.

Other research has suggested severe drought conditions in the Middle East over the past decade had a "catalytic effect" for the upheaval and conflict that eventually gripped Syria.

"There is evidence that the 2007-2010 drought contributed to the conflict in Syria," stated an article in the Proceedings of the National Academy of Sciences last year. "It was the worst drought in the instrumental record, causing widespread crop failure and a mass migration of farming families to the urban centers. ... For Syria, a country marked by poor governance and unsustainable agricultural and environmental policies, the drought had a catalytic effect, contributing to political unrest."

Amid the turbulence of the war last year, an epic dust storm, kicked up from the Syrian deserts, cloaked a large swath of the region and led to a number of deaths. Scientists suggested then that the collapse of agriculture in the country was in part to blame for the magnitude of the event -- yet another sign of the ways in which human activity can both affect nature and get subdued by it.