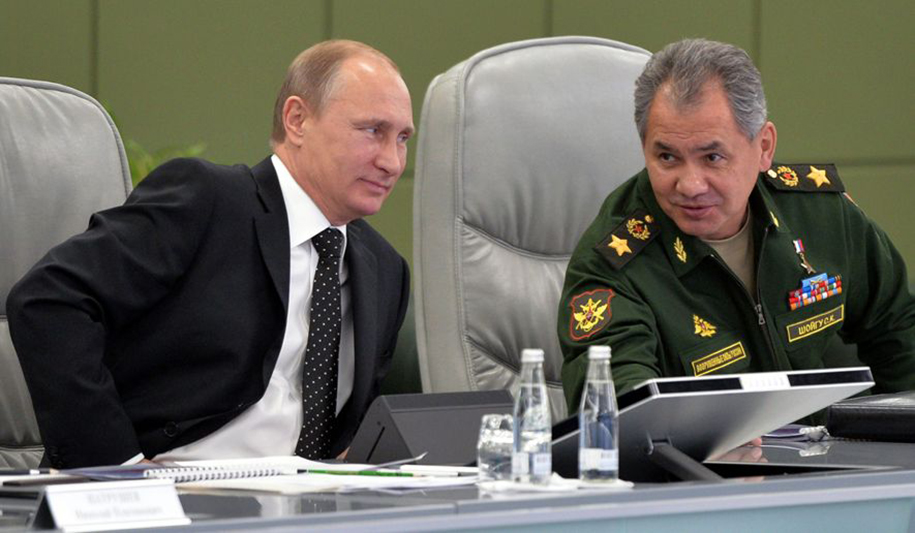 Putin’s Announcement on Russia: Unexpected but not Surprising

By Ammar Abdulhamid | Unexpected but not surprising. This is indeed how I would describe the decision by Putin to withdraw his troops from Syria at this stage. The timing of the decision was surprising to most, including myself, but its nature is not really surprising. It has been never Vladimir Putin’s intention to help Syria’s President Bashar Al-Assad regain control of all territory lost to rebel groups, or even to the Islamic State. His desire, from the very beginning, was to secure the Russian base on the Mediterranean and to expand it. He has, indeed, accomplished that. The agreement signed with Assad gives Russia the right to come and go as it pleases, to post as many troops as Putin wants, and to conduct whatever operations Russia sees fit, with little regard to what the Syrian government thinks. Russia will expect any future plan on political transition in Syria to honor this agreement.

The timing of the decision, however, might reflect certain fiscal constraints with which Putin has to deal at this stage. After all, he just had to slash his defense budget for 2016 by 5 percent, marking the first time he has done so since coming to power. The timing also seems designed to send a message to Assad that his political fate is not of paramount importance to the Russians, and that he’d better focus more on his personal survival and that of his family members and coterie of close advisers, rather than his political survival. Whatever vacuum is created on the ground as a result of this sudden withdrawal might lead to quick reversal of some of the territorial gains recently made with Russian help, but it is unlikely to pose an immediate existential threat to the regime, as Iran remains bound to safeguard the regime. But Iran, too, seems to have lost interest in Assad’s political survival at this stage.

You know the expression about rats and sinking ships.

All of this makes for rather interesting talks in Geneva, where the Syrian opposition now has a psychological advantage, but one which it will need to use carefully. For while neither Russia or Iran seems to be interested in the political survival of Assad per se, they both remain quite committed to maintaining certain vestiges of the regime which can later help them exert control over future political processes in the country to ensure the protection of their long-term interests there. As such, a federal arrangement, and an electoral process in which Assad can participate at the sure cost of losing, seem to be the likely ingredients in any proposed transitional arrangements.

The opposition is likely to accept such an arrangement, albeit under protest. It’s Mr. Assad himself who is bound to prove uncooperative, thus ensuring that the only way out for him is through assassination or military defeat.

Meanwhile, and despite the dismissive and arrogant stance towards the Syrian conflict assumed by President Barack Obama during his legacy-sealing interview in The Atlantic—in which he admitted to being quite “proud” of the moment in which he walked away from his red line and left the Syrian people to their fate—he seems to be quite serious about pursuing a political solution to the Syrian Tragedy before he leaves office. He seems to want to do this, without making any public declarations and promises in this regard which might cause public embarrassment or pressures. Obama cannot be blind to the fact that a great many members of the international community blame him to one degree or another for what’s happening in Syria. Mr. Obama must know that when it comes to legacies, it is not what he thinks and what he is proud of that matter: it’s what others think and are proud of that matters. When it comes to foreign policy, the fate of Syria and the fate of Mr. Obama’s legacy seem to be intimately intertwined, whether he likes it or not.

The result is a window of political opportunities—a window in which Putin has made clear to Assad that with Putin’s objectives met, Assad’s don’t matter, and in which Obama wants low-cost progress. The opposition forces in Geneva have no friends. But they face today a better constellation of cynics than they would have faced a few weeks ago.

*Ammar Abdulhamid is a Syrian activist and author.

By The Levant - 2 days ago
The climate has been influenced by witches traveling from the 15th century to the present day. A pretty creditable sentence, right? If your name is Marc Morano, you might say yes. Apart from the part that even a witch can not live more than 500 years, I would say? Or do they time travel? By […]
Read story