The Compulsion of Water Cooperation

The Levant News — By Danilo Turk and Sundeep Waslekar — Since last September when the United Nations declared water as a sustainable development goal, a number of countries have intensified efforts to promote water cooperation with their neighbouring countries. The Middle East is missing in this action.

For decades, Iraq, Syria and Turkey negotiated treaties for cooperating on the Euphrates and Tigris Rivers without reaching any conclusion. The failure of the states to find a settlement has resulted in an advantage for the non-state actors, particularly Daesh. The violent extremist groups in the region now control some of the dams, pipelines, storage tanks and monitoring stations. They use water as a weapon to force people to surrender to their wishes. This state of affairs has made it impossible to maintain the Mosul dam in the Northern Iraq. Several experts have warned about the risk of imminent collapse of the dam which could drown and kill half a million people in a few hours.

The Middle East is caught up in a cascade of catastrophes. There are no easy solutions. The only way out is for all countries to accept big compromises and to negotiate a comprehensive peace agreement with water cooperation prominently included in it.

Water issues usually form an important part of peace agreements. In 2015, we commemorated the bicentennial of the Congress of Vienna, which established the regime for the river Rhine and the Central Commission for the Navigation of the Rhine. This year marks 160 years since the Paris Peace Treaty establishing the first Commission on the Danube. Both commissions exist today in their modernized forms and are among the elements of European stability.

In constructing the post-Cold War Europe, water played an important part. Slovenia subscribes to the Danube Protection Agreement and is a depository state of the Sava River Agreement. The latter is the first multilateral issue oriented agreement in South East Europe concluded after the Dayton Peace Agreement which stopped the war in Bosnia. There is a close relationship between regional peace and water cooperation.

A similar pattern of relationship between water and peace was established in Central America. As soon as the Central American Peace Plan was successfully negotiated by the Costa Rican President Oscar Arias in the 1980s, it was followed by a set of regional water cooperation agreements.

The relationship between water and peace is not only a matter of post-conflict arrangements. Water management is an important instrument for the prevention of conflict. The establishment in 2010 of the Commission on the Administration of the River Uruguay, following the peaceful resolution of a bitter dispute between Argentina and Uruguay, is an example of the political necessity of administrating environmental matters in an effective and preventive manner.

Moreover, there exist other initiatives, far ahead those known in Europe, that lay down the foundations for long-term regional cooperation and stability. The Mekong River Commission is one of them. So far it excluded China from its fold. Last November, Chinese foreign minister, Wang Yi, announced the establishment of Lacang Mekong cooperation mechanism to foster cooperation on the Mekong River between China and her Southeast Asian neighbours.

The countries in the Nile River Basin are also giving up their old rivalry in favour of joint management of their water. Exactly a year ago, the Presidents of Ethiopia, Egypt and Sudan met in Khartoum to agree on joint planning of the Great Ethiopian Renaissance Dam.

The Senegal River Basin Organization is probably the most far reaching arrangement today. The Organization manages the water assets in Mali, Senegal, Mauritania and Guinea as a “regional common”, transcending national interests. Inspired by the Senegal River Basin Organisation, the basin organisations in Congo and Gambia rivers are expected to intensify their cooperation this year.

When governments not only in Europe and North America but also in Africa, Asia and Latin America can nurture trans-boundary cooperation, what is holding the Middle East back?
The discussion in the Middle East is characterised by the fears of potential losses resulting from regional cooperation. The countries in other parts of the world focus on potential benefits. It is about choice between the psychology of benefits and the psychology of losses.
Last November, 15 countries came together to co- convene the Global High Level Panel on Water and Peace. This provides an opportunity for the leaders of the Middle East to engage in order to draw lessons from the successful examples of cooperation in other parts of the world and craft their own future. The risk of the likely breakdown of the Mosul dam indicates that it is no longer about merely the collapse of the states. It is about the survival of large segments of population. The choice is between compromise and catastrophe, between dignity and death, and the region does not have much time left to make the obvious choice.

*Danilo Turk is former President of Slovenia and Chairman of the Global High Level Panel on Water and Peace. 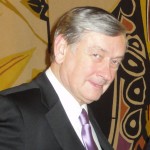 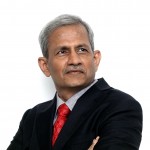 Josep Borrell, the high representative of the EU for foreign affairs and security policy, has …