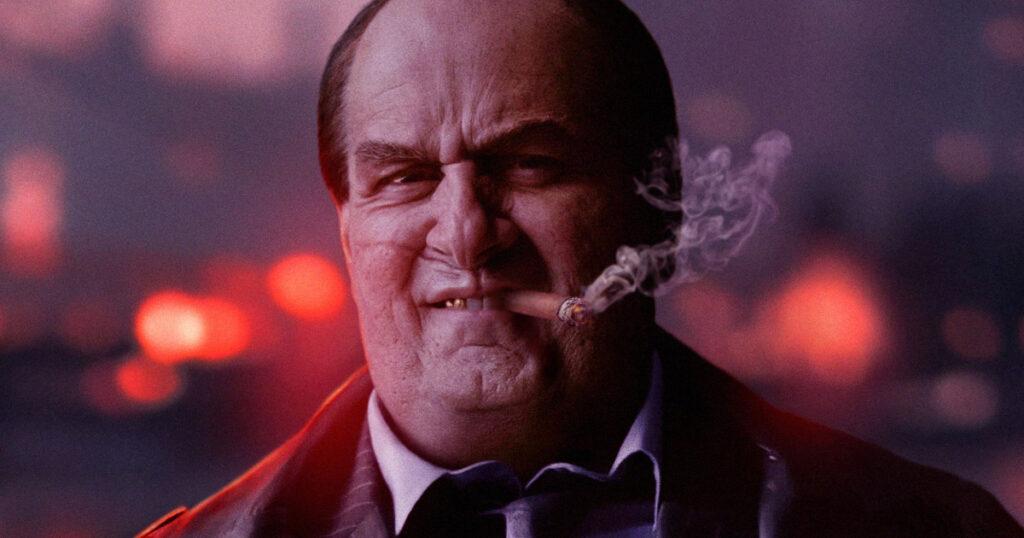 The Batman (2022): A bit Difficult to Digest but Still Well worth the Wait!– PART II

“WHY DO WE FALL, BRUCE? SO WE CAN LEARN TO PICK OURSELVES UP.”

By Emad El-Din Aysha (PhD)
Other unfortunates are plot holes, inconsistencies in the writing and stupid mistakes on the part of characters; characters behaving out of character in other words. You have Selina talking about Carmine Falcone knowing he’s her illegitimate father only for her to surprise him in the end about this unseemly fact, not that it makes him sympathize with her and stop choking her to death. Character assassination of fatherhood seems to be the culprit here, creating a contradiction in the text; evidence of repeated rewrites. Does he know or doesn’t he? And he’s an Italian gangster, people not exactly known for neglecting their kids or preferring to spend time making money compared to hanging out with their families!

Alfred being dumb enough to open a package addressed to his boss, almost getting himself blown up, is ridiculous in the extreme given that he’s a former intelligence man. And he’s in charge of Bruce’s security so you’d think he’d have a metal detector and X-ray machine handy for suspicious parcels in the mail. Batman standing his ground when the neck brace blows up was also stupid, along with the police not unmasking him while he’s unconscious. (Even with the bullet proof suit on he’d get a concussion or broken ribs). The corrupt DA (played lovingly by Peter Sarsgaard) being afraid of the Riddler but not having any protection with him in the middle of the night is another gaff.

The characterization of Thomas Wayne is also confusing and belated. He’s a doctor who saves Carmine’s life as part of his job then he gets Carmine to silence a corrupt journalist trying to expose Bruce’s mother for the psychotic that she was. Nobody’s perfect but if he was such a bad man it would have shown up in Bruce’s upbringing, even more so in the case of his mother. This tracks back to the lack of originality problem since you feel this is being borrowed from Joker (2019), the protagonist’s own messed up mother and her abusive boyfriend. I can understand the kind of pressure Reeves must have been under, wanting to satisfy multiple ‘constituencies’, so to speak, and his imitation spree may have been driven by this desire to placate the Hollywood execs. Still, it’s a shame, despoiling an otherwise superior superhero adaptation that challenges the genre to look itself in the mirror while titillating the fans at the same time. Now to the politics!

A Time of Tightropes

When I’d watched the movie, before the holy month of fasting, I was actually with an elderly Sudanese friend. He found the movie good but naïve, Americans chalking everything down to corruption and thinking an action man will somehow save the day. There’s a lot of truth to that prognosis, and I added that the mayor’s platform of ‘renewal’ which is actually a ploy to feed vested interests with taxpayers money is probably a reference to Trump and his motto of making America great again. (Even Biden has fallen into this trap with ‘build back better’. The word better is actually used with the renewal slogan). Not to forget Trump is a real estate tycoon who made his first million building cheap housing for city councils.

Zoë Kravitz said it all in the movie when she talked about privileged white men and her real-world lambasting of Chris Nolen for turning her down. There’s also the race flips in the movie, with James Gordon and Catwoman being made black – not to forget the upstart mayor. That however does not mean that Matt Reeves buys into all of this. (Check out the stellar Midnight’s Edge on this thorny topic). The lampooning of father figures is so confused in this movie – Thomas Wayne again, or even the mayor – I think as a way to placate the masses of political activists out there who hate the mere possibility of a positive male role-model because it dashes all their plans. You’ll notice that when Thomas Wayne succumbed to the dark side of the force, he did this out of love for his son, to protect his wife’s reputation. And it was his wife who was the real fruitcake, who in turn went crazy in her childhood because – get this – her mom killed her dad. The poor woman had to have electroshock therapy from that point onwards, but her husband soldiered on nonetheless out of love and devotion, not to mention commitment to the family unit).

Talk about subverting expectations. For once post-modernism has borne fruit and imitating Joker may have just been a ploy all along. Looking through the movie a second time you found that annoyingly phrased slogan about a better tomorrow or better future coming from urban renewal, but that in turn reminded me of the controversy over the superman comics, where truth, justice and the American way is replaced with truth, justice and a better tomorrow. (See Ryan Kinel on this, and while not ‘terribly’ pro-American myself, I am a fan of Christopher Reeve’s authentic Superman). So I think this was another tongue in cheek subversion of an ideological mantra in pop culture today.

Something else interesting, I’ve just realized now, is the final action sequence involving the sea wall that gets blown up by The Riddler’s followers, internet crazies that they are hell bent on ‘revenge’. While watching the movie I’d suspected this was a reference to what happened on January 6 with the storming of Capitol Hill by Trump supporters, and I stand by that conclusion. But the symbolism is interesting, to say the least. The sea wall (its reference in the mayoral debates) may also be the exclusion wall Trump was building on the border with Mexico, but it is at the end of the day, a sea wall. I presume built because of global warming and rising sea levels. Could that be a reference to Al Gore, the giant phony that he is? The guy has been using global warming as a political platform while also profiting off of polluting renewables industries and screwing the Brazilian rainforest.[1] Still heroism can save the day, if only through leading by example, the ultimate lesson Batman learns by the end when taking down the Riddlers would-be goons. (And even someone as well trained and well equipped as him can’t do it without the help of Catwoman). I suppose the confused character of Thomas Wayne is meant to signify that people shouldn’t lose faith in the nuclear family. For all its flaws, it still works and having it is better than not having it. (Same goes for the justice system. Note that Batman can’t beat the Riddler up – an allusion to torture – and has to figure out his endgame through old-fashioned detective work).

DRESSED TO KILL: Mackenzie Davis in all her dark glory. She’s the best Canadian in black leather since Carrie-Anne moss!

Wouldn’t you know it, The Riddler started out as an orphan growing up in a place financed by Thomas Wayne. It may have been a dump that bread a lot of future criminals but it’s still better than what it later become, a derelict mansion for junkies. That’s a metaphor for this movie to be honest. It may be a rickety mess at many key junctures but it still gets the job done and is liable to drag Hollywood out of the quagmire it has gotten itself into with is overreliance on ideological propaganda and easy money franchises. It’s a flawed but ultimately positive role-model that can lead by example and for that I salute you Matt Reeves. But I’d salute you a hell of lot more if you could convince Mackenzie Davis to don the catnap suit!!

[1] Check the documentary produced by Michael Moore and directed by environmentalist Jeff Gibbs, Planet of the Humans (2019).

By Emad Aysha - 3 weeks ago
... Notice also that Washington’s obtrusiveness is hinted at too since Maverick tells Charlie that she probably knows more about the case than he does, given that she has security clearance. Simultaneously, she doesn’t abuse this privilege by snooping on Tom Cruise’s family life. (It’s like watching Blade Runner, Deckard refusing to look into Rachel’s […]
Read story