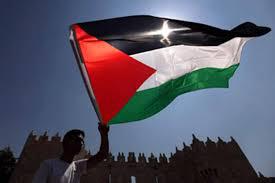 Tayseer Khaled: Cutting US aid to hospitals in Jerusalem is inhumane and immoral

Tayseer Khaled,  member of the executive committee of the PLO, member of the Political Bureau of the Democratic Front for the Liberation of Palestine, described the decision taken  by the US administration to cut the financial aid it provided to the hospitals  in occupied Jerusalem as inhumane  and immoral , that reflects  political bankruptcy.

He added that the US administration does not in fact punish the Palestinian side or the Palestinian leadership with the aim of extorting it and pushing it back to negotiations with the Israeli side according to the general directions, which are known in the so-called “deal of the century” , but  those who are suffering from serious diseases such as cancer, heart disease, etc.,  exercising  blackmail in humanitarian affairs , which  should be kept away from all forms of political pressure exercises.

He also called on the Palestinian Liberation Organization (PLO) and the Palestinian government to find alternatives to this poisoned US aid, as well as Arab countries to provide a safety net not only for the Palestinian hospitals but also to all Palestinian institutions in occupied Jerusalem , which are subject to the crimes of Judaization, settlement crimes, house demolitions and crimes of ethnic cleansing practiced by the Government of Israel in the city of Jerusalem and its environs.

Previous Lack of access to climate funds affects environmental funds in Africa
Next White House expected to warn of sanctions, other penalties if international court moves against Americans