Tashkent – one of the most amazing cities of Central Asia

Uzbekistan is the land of legends, fresh fruits, bright sunshine and cheery friendly people. In the last few years, the tourism potential at the region was improved with some new facilities and attractions. Also, Uzbek cuisine – perhaps most known national and developed aspect of the Uzbekistan culture and Uzbekistan people. Unlike its nomadic neighbors, the Uzbek people has had a strong civilization for many centuries. People cultivated wheat and bred horned livestock between deserts and mountains, in oasis and fertile valleys. Therefore, rich products have allowed the Uzbek people to develop certain traditions of hospitality which, in turn, have made their cuisine known to the whole world. 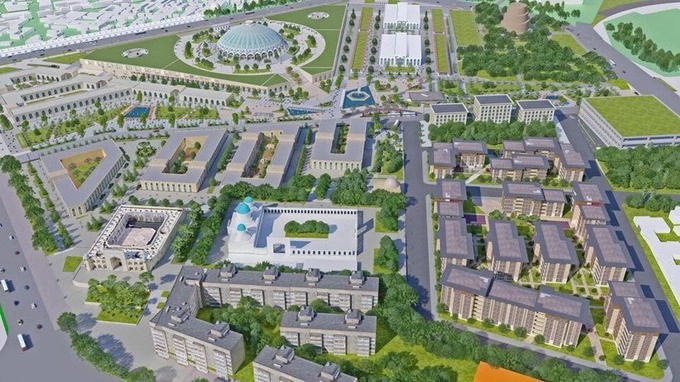 Most visitors to Uzbekistan will arrive in the capital city, Tashkent. Many will then transit straight away to other cities. However it is definitely worth allowing at least a day to explore Tashkent as there are some great places to see. 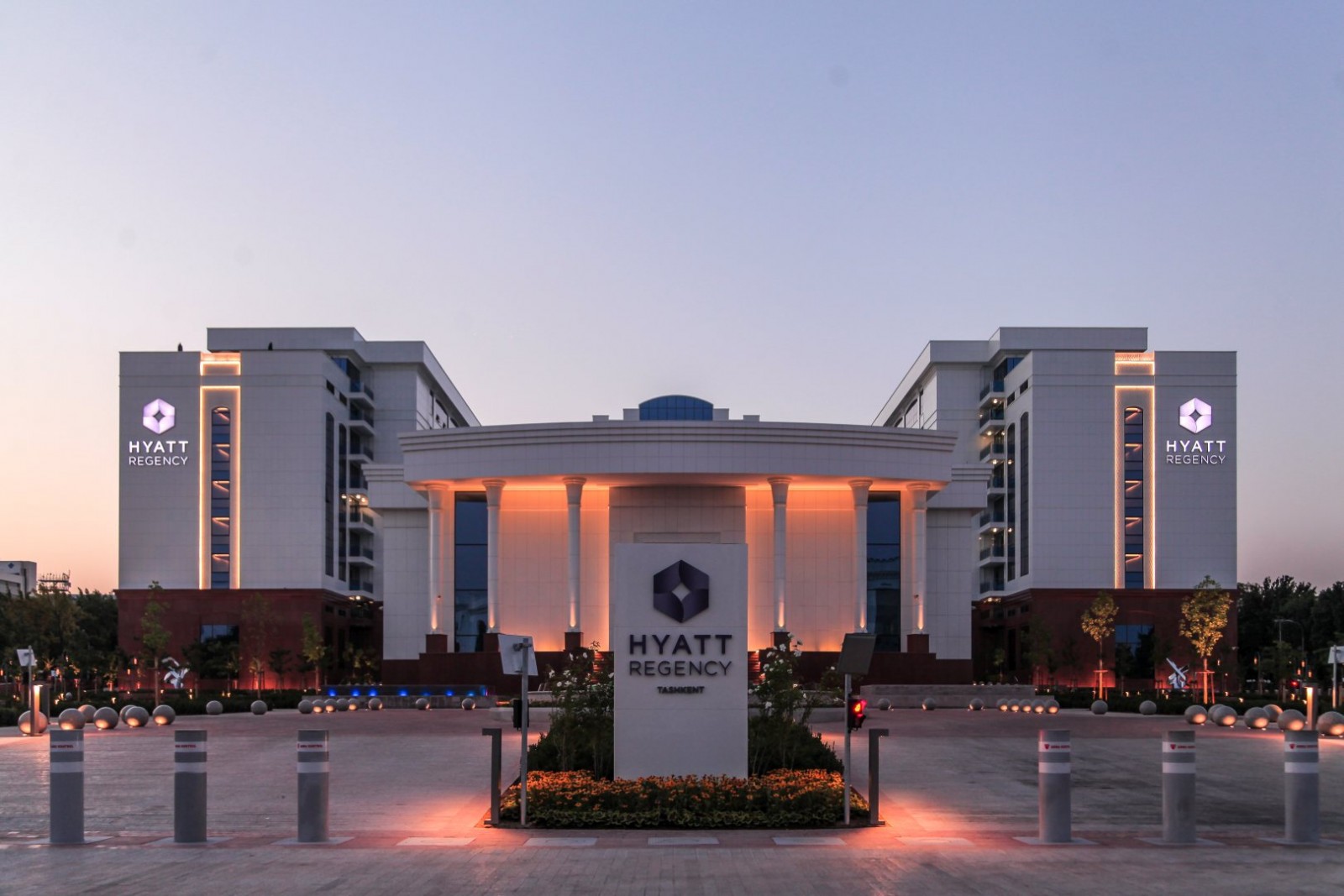 Being the largest city, there are also a lot of options for accommodation and more chain hotels than in Samarkand or Bukhara. Look at the Hyatt Regency as a great option if you want 5 Star, otherwise the Ramada is also a more affordable 5 star option (USD100-120 per night). There are also a lot of very inexpensive small hotels and if you are staying for a single night and just looking for a bed, you can find somewhere comfortable for around USD40.

A must visit place in Tashkent is Chorsu Bazaar – a huge local market that is full of fresh produce and hugely popular with locals who come everyday to do their shopping. You can reach here easily on the metro and get off at Chorsu Station. The huge round building is full of small stalls selling anything from cheese, honey and nuts to meat, pickled vegetables and sweets. If you enjoy exploring local markets when you travel, you will enjoy wandering through Chorsu Bazaar. On the southern entrance there are several stands cooking local food and the one next to the steps makes a pretty good Uzbek Pilaff!

It is easy to buy anything you want in Tashkent, so it is a great opportunity to pick up some local honey, dried fruits or nuts to take home.

Close to the Chorsu Bazaar is Kokaldosh Madrasah. Compared to some of the other Madrasahs in Samarkand, Bukhara and even in Tashkent, this one isn’t as impressive, but still worth visiting if you have time.

An important place to visit in Tashkent is the Hazrat Imam Mosque – a newly built mosque with many of the features of traditional Uzbek architecture that you will find throughout the country – sand colored brickwork, tiled mosaics, tall brick minarets and iconic aqua domes. It is the largest place of worship in Uzbekistan. This mosque has special significance in that it houses an ancient copy of the Quran, said to be the oldest in the world and one of the original 5 copies. Opposite the Hazrat Imam Mosque is the Barak Khan Madrasah, built in the 16th century and on the south of the square is the Tellya Sheikh Mosque. The square between the 3 buildings is a nice place for photos.

In the evenings, it is worth visiting Broadway – an open street with lights, stalls and entertainment. There is also plenty to do here for children, especially on weekends. This is also where the more high-end shopping is in Tashkent, with several European stores and boutiques. 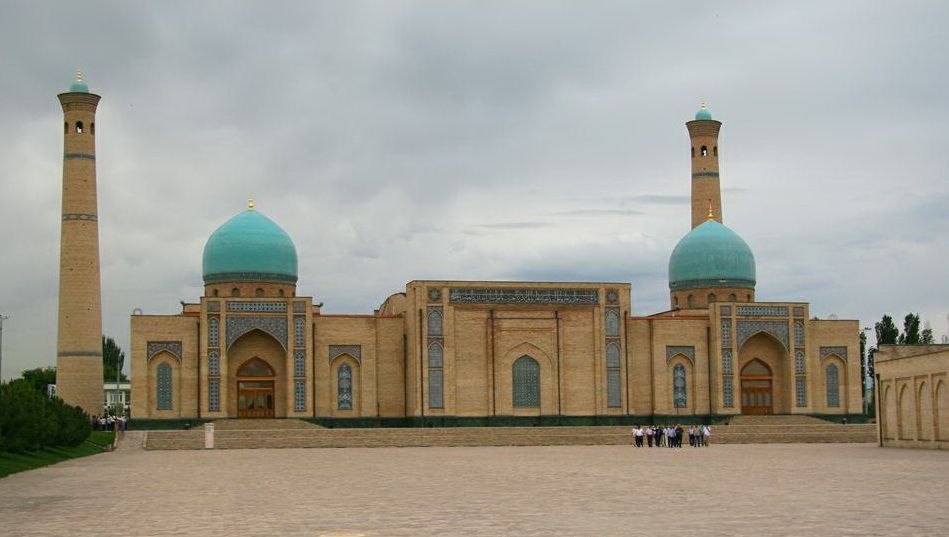 Around the corner from here is Amir Timur Museum, a large modern building containing a huge number of displays, many depicting the life of Amir Timur (Tamerlan), great commander who played a pivotal role in shaping Uzbekistan’s history and culture.

An interesting piece of architecture in Tashkent is the iconic Hotel Uzbekistan. Opened in 1974 it remained the only high-end hotel in Uzbekistan for many years, with several 4 and 5 star hotels only recently opening in Tashkent. The façade of the hotel is a mix of European and Uzbek architecture, and at sunset takes on an intense golden glow. Until recently, as night took over, the room lights would give a creative pattern to the front of the hotel, however it is now used as a screen for laser advertising. 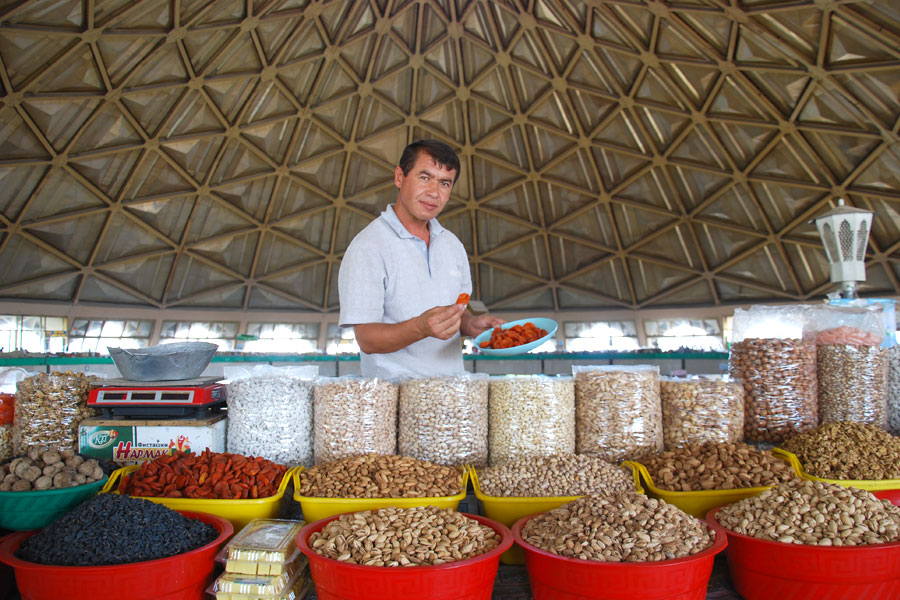 Something that you definitely shouldn’t miss in Tashkent is riding on the Metro. Not only are these trains a cheap and easy way to get around the city, each station has its own unique architecture – from futuristic to more classical designs. All the Tashkent metro stations have their own inimitable architectural look: marble and granite lining, rows of columns, colorful bas-reliefs, ganch.

Like most places that travellers use mainly to get somewhere else, Tashkent doesn’t always immediately charm visitors, but it’s a surprisingly fun and interesting place, with the best restaurants, museums and nightlife in the country. I highly recommend you visit to Tashkent – one of the most amazing cities of Central Asia. 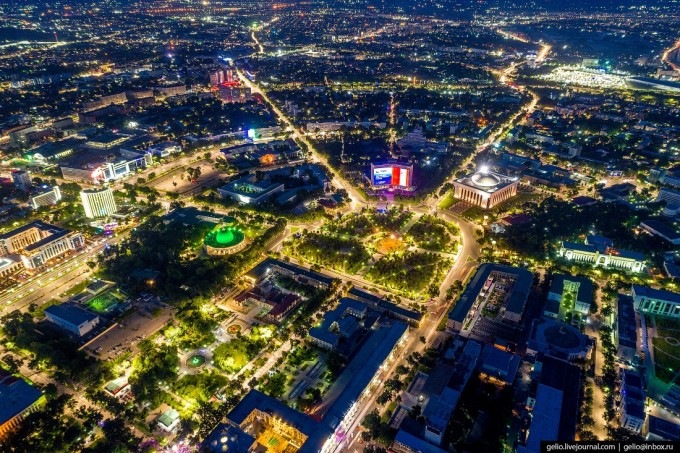