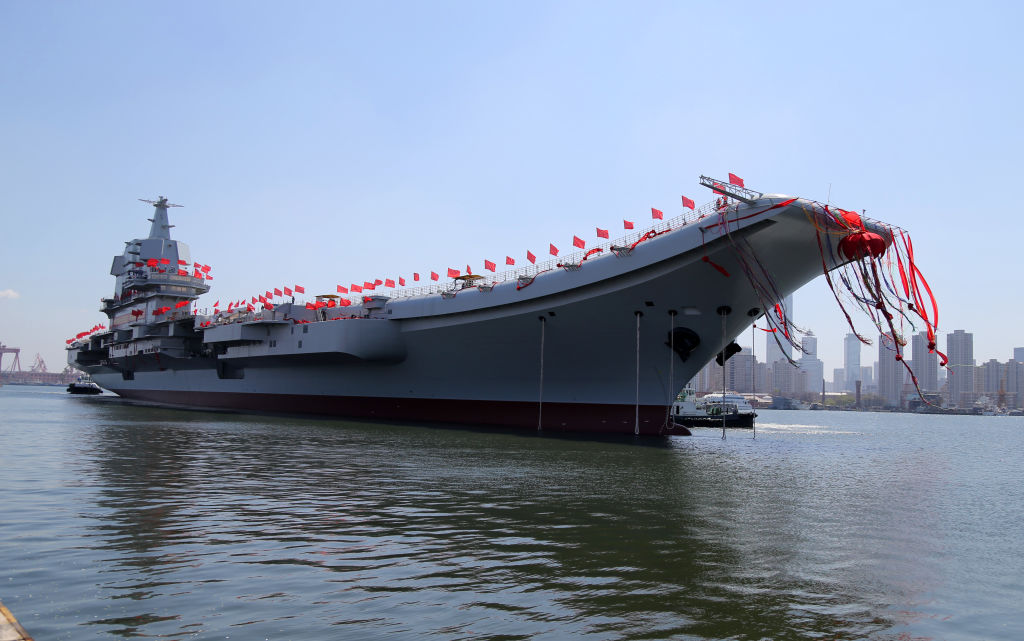 The Liaoning fleet will be open to the public in Hong Kong and showcase the "military might" of the Chinese naval force, Xinhua citied Yang Liang, China's People's Liberation Army Navy spokesman, as saying.

It is due to arrive on Friday, Hong Kong media said.

Chinese President Xi Jinping swore in Hong Kong's new leader on Saturday with a stark warning that Beijing will not tolerate any challenge to its authority in the divided city, in his strongest speech yet amid concerns over what some perceive as increased meddling by Beijing.

The Soviet-built Liaoning, whose home port is in northern China, entered Taiwan's air defense identification zone (ADIZ) on Saturday and was sailing just west of the middle of the Taiwan Strait on Sunday, Taiwan's defense ministry said in a statement.

Taiwan military jets and ships were deployed in response to monitor the fleet's passage, the ministry said.

Nothing abnormal had been detected as the Chinese battle group headed southwest and was expected to leave Taiwan's ADIZ by Sunday evening, the ministry said.

It was the third time that the Liaoning has sailed near self-ruled Taiwan, which China claims as its own, in recent months for what Beijing has said were routine drills in December and again in January.

China has never renounced the use of force to bring Taiwan under its control.