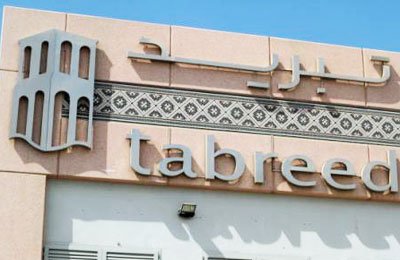 The shareholders of National Central Cooling Company, Tabreed, have approved a dividend of 9.5 fils per share for the financial year ending 31st December, 2018. Driven by the company’s strong and consistent performance in 2018, this represents a 19 percent increase on the previous year’s pay out.

Commenting on the full-year performance, Al Qubaisi said, “In 2018, our 20th year of operations, we delivered an outstanding year of financial and operational performance. Tabreed has delivered rising cash dividends to shareholders in recent years, and this year’s dividend continues that trend. Our progress has deservedly earned Tabreed a reputation for enduring reliable performance which has assisted in securing our first international opportunity outside the GCC as we signed a 30-year concession for Amaravati, the new capital of Andhra Pradesh in India.”

In the 2018 full-year results, Tabreed reported a net profit increase of seven percent to AED427.6 million, adding 39,061 Refrigeration Tons, RTs, of new connections, resulting in the delivery of over 1.1 million RTs of cooling capacity.

During the year, the company acquired 50 percent of S&T Cool District Cooling Company LLC, a major district cooling provider on Reem Island in Abu Dhabi, from Aldar Properties. Tabreed also sold part of its stake in its associate Saudi Tabreed to the IDB Infrastructure Fund II and successfully issued a US$500 million, seven-year tenor sukuk, which was 50 percent oversubscribed.

For his part, Jasim Husain Thabet, Tabreed’s CEO, stated, “Tabreed enjoyed another successful year in 2018, with revenues rising to AED1.4 billion. Our financial strength, reflected in a strong balance sheet and consistent recurring income and cash flows, gives us the ability to continue to invest in our operations and networks whilst delivering growing dividends to shareholders.”

The innovation system of Uzbekistan is being modernized

The World Bank (WB) supports Uzbekistan’s investment in research and commercialization of innovations. The World …