A Turkish soldier stands near his armored vehicle on a highway near the northern Syrian town of Ain Issa in the Raqqa region on Nov. 26, 2019, as Turkey-backed forces deploy reinforcements around the key town. Photo courtesy Bakr Alkasem

Russia and Turkey – both partners and opponents – are reportedly negotiating the fate of the strategically important town of Ain Issa in northern Syria. An area currently controlled by the Kurdish-dominated Syrian Democratic Forces (SDF).

By Nikola Mikovic
Moscow demands from the Kurds to hand over the town to the Syrian Arab Army (SAA), while Turkey-backed forces are preparing to storm the settlement. If the Kurdish leadership refuses to obey the Russian request, Ain Issa will likely soon be captured by the Turkey-sponsored Syrian National Army (SNA).

According to various reports, Turkey already started deploying troops to the region, although the SNA is expected to provide the majority of the “cannon fodder”. Russia is also sending more military police units to Ain Issa. 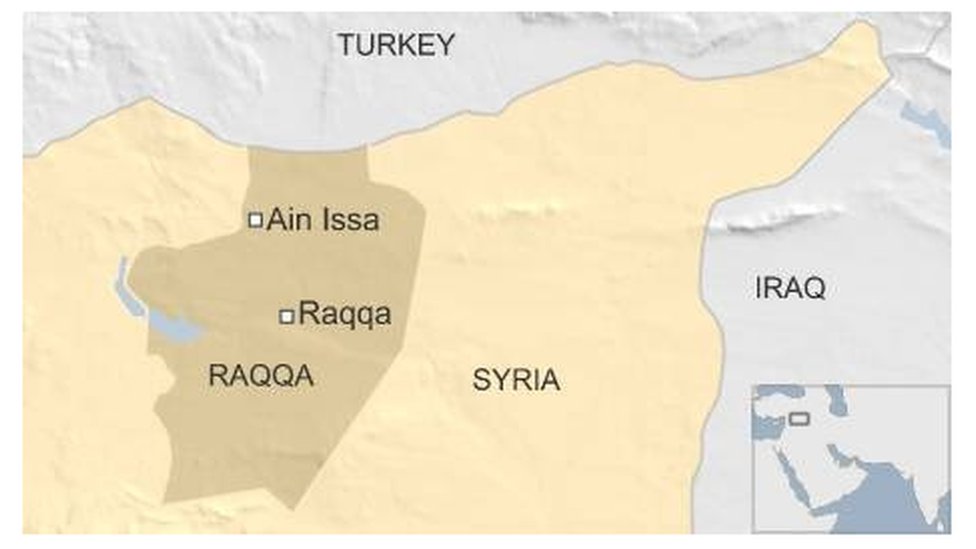 Over the past few years, Turkey used its proxies in Syria several times for offensive military operations. The militants successfully completed their jobs. In 2018 they captured Afrin in the northwest of the country, as well as a significant portion of the land east of the Euphrates River in 2019. Both times the Kurds felt “betrayed” by foreign powers.

In 2018 they accused Russia of “selling them out”, since the Kremlin refused to protect Afrin, even though Russian troops were located in the region. Instead, Russia demanded from the Kurds to hand over the district to the Syrian government. After refusal, it took two months for Turkey-backed forces to capture Afrin.

Indeed, the Kurdish People’s Protection Units (YPG) suffered a heavy defeat, but it did not agree on Russia’s ultimatum. In 2019, the Kurds of northern Syria hoped that the United States will protect them against another Turkish assault. However, the US President Donald Trump ordered the American troops to withdraw from the region, which resulted in another Kurdish defeat.

Even though recent events teach the Kurds that they cannot rely on foreign powers, some of them are still hoping that foreign actors will help them preserve their control over Ain Issa. Local Kurds in Ain Issa are reportedly protesting in front of the Russian military base, demanding from Moscow to prevent Turkish military offensive on their town. The Kremlin, on the other hand, has the same request that had in Afrin in 2018 – hand over the town to the Syrian government. The Kurds, at least for now, remain resolute in their ownership of Ain Issa.

“There are no changes to the control of Ain Issa. We are committed to previous agreements, and there are no new understandings. If there are to be new deals, they will be officially announced,” said Kino Gabriel, the SDF spokesman.

Whatever choice the Kurds make, they are expected to lose control over the settlement. However, in case the town is captured by the SNA, they may face ethnic cleansing as well. Thus, one way or another, it is a no-win situation for the Kurds.

Importance to Turkey
For Turkey, Ain Issa has a significant strategic importance since it would provide its proxies control over sections of the M-4 highway. On the other hands, the Turks apparently do not oppose the SAA presence in the town, since Ankara is mostly concerned over the role the SDF is playing in the region. Turkey sees the SDF as a long hand of the Kurdistan Workers’ Party (PKK) and is trying to neutralize its presence in Syria, but also in the Iraqi Kurdistan.

One of the major problems for the Kurds is that both, Russia and Turkey, see them as a force that is supporting the US occupation of the Syrian territory. In reality, all three powers have their own de facto zones of occupation in the war-torn nation.

The US troops in Syria control oil fields in the northeast of the country, while Turkey and Russia still negotiate the status of territories such as Idlib and what has left of what the Kurds call Rojava.

Indeed, the Kurdish position east of the Euphrates River mostly depends on the US presence in the region. In the north, their fate will depend on lucrative deals between the Kremlin and Ankara. Overall, there are no easy options for the Kurds and they will continue to be held hostages of the interests of the major global and regional powers.