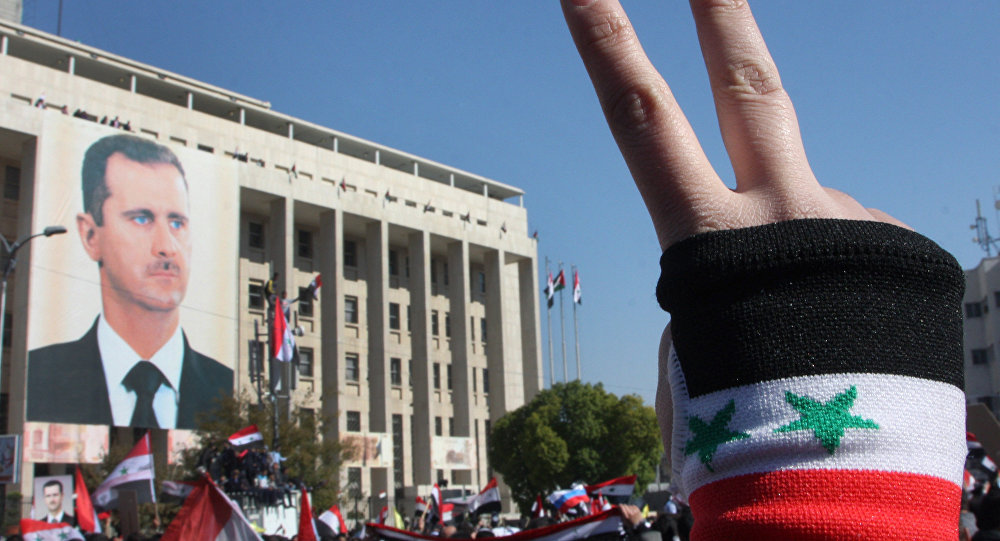 The Syrian regime has reclaimed a sliver of territory in southern Syria that was under the control of Islamic State, sealing its military victory in the strategic southern territories that rebelled in 2011 against Bashar al-Assadand fully reestablishing its hold over the frontier with the Israeli-occupied Golan Heights.

The Syrian Observatory for Human Rights, a war monitor, said forces loyal to the Syrian regime had taken control of the last towns and villages in the province of Daraa that were under the control of Jaysh Khalid ibn al-Waleed, an Isis affiliate that controlled the Syrian part of the Yarmouk River basin, a tributary that runs through Syria, Jordan and Israel.

The military victory in the area means Assad now fully controls the province of Daraa, the birthplace of protests in 2011 that spread throughout the country and challenged his family’s totalitarian rule. 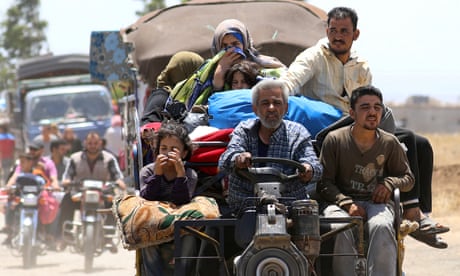 'Their blankets are the sky': Syrian civilians flee Deraa

The Assad regime, backed by Russian airstrikes, launched a campaign in mid-June to recover control of the southern and south-western parts of the country bordering Jordan and the Golan Heights – the provinces of Daraa and Quneitra.

Rebel groups that had controlled most of the area for years quickly caved to the government’s advance after western backers including the US that had supported those fighters for years abandoned them and signalled they would not intervene to halt the regime’s offensive.

Most towns and cities in Daraa and Quneitra capitulated in “reconciliation” deals that gave rebel fighters and civilians a choice between forced displacement to opposition territories in northern Syria or reconciling with the Assad regime. Most have chosen to stay, and some rebel groups joined the regime’s offensive against Jaysh Khalid ibn al-Waleed.

Some humanitarian activists, including rescue workers who are part of the collective known as the White Helmets, remain trapped in parts of Daraa and Quneitra and have issued urgent appeals for their rescue. The Assad regime has reportedly refused to allow their evacuation, and the Syrian president has told a Russian media outlet that they would be killed if they did not lay down their arms.

After rebel-held areas in Daraa and Quneitra were defeated, Assad’s forces went on to launch a bombardment of the Yarmouk River basin. That bombardment persisted despite an Isis attack on the neighbouring province of Sweida, which killed nearly 250 people.

Isis militants also kidnapped 20 women and girls from the area and threatened to execute them if the regime continued its assault. Their fate is uncertain after the resumption of the campaign and the Isis defeat.

The occupied Golan Heights is a plateau captured by Israel from Syria in 1967 in a move not recognised by the international community. Israel has maintained a close focus on the six-week campaign by Assad’s troops near the frontier and repeatedly said it will not tolerate Iranian forces approaching its territory as the battle concludes.

Tehran has sent military staff and equipment to help Assad in the civil war and has built a significant presence in the war-torn state. Israel has responded with multiple airstrikes on bases where Iranian personnel are stationed.

Israeli media reported that the government had asked Russia, also an Assad ally, to ensure government forces do not harm civilians near the perimeter fence, where displaced civilians have gathered in tents. The Guardian could not verify the report.

Tensions between Iran and Israel peaked in February when Israel said it had shot down an Iranian drone in its airspace that had taken off from a Syrian airport. Since then, Israel has accused Iran of firing a barrage of rockets against its positions in the Golan.