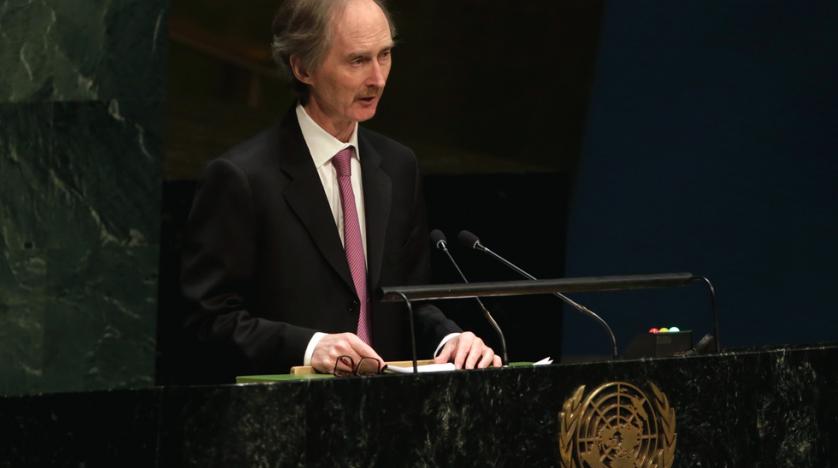 The United Nations Special Envoy for Syria voiced deep frustration on Friday that the Syrian Constitutional Committee had failed to start drafting a new charter at its latest session after the government delegation rejected proposals.

The committee, comprising representatives of Syria’s government, opposition and civil society, has a mandate to draw up a new constitution leading to U.N.-supervised elections. This week in Geneva it held its fifth session since October 2019.

Representatives of President Bashar al-Assad rejected proposals by the Syrian opposition as well as the envoy’s own ideas for moving the process forward, Geir Pedersen said.

“I told the 45 members of the drafting body that we can’t continue like this, that the week has been a disappointment,” Pedersen told a news conference.

Pedersen said he hoped to go to Damascus soon to discuss resolving the issue and would hold talks with other parties.

After nearly 10 years of war, Syria is in the throes of a deep economic crisis amid a collapsing currency and skyrocketing inflation. However, fighting has largely ceased and Assad has taken back control of most of the country thanks to strong Russian military backing.

Ahmad Kuzbari, the Syrian government co-chair of the talks, said his delegation had put forward “positive” ideas, but the opposition co-chair, Hadi al-Bahra, accused the Assad delegation of failing to engage in drafting the new charter.

An opposition member of the committee, Bassma Kodmani, said that anti-Assad delegates hoped the new U.S. administration of President Joe Biden would quickly get involved in the process in coming weeks “so we keep this Constitutional Committee alive”.

“Because it’s the only track of the political process that is alive, but it is in intensive care, to be honest,” she told Reuters.

The administration of Biden’s predecessor, Donald Trump, slapped new sanctions on Syria last month in an effort to cut off funds for Assad’s government and encourage it to pursue peace through U.N.-led negotiations.