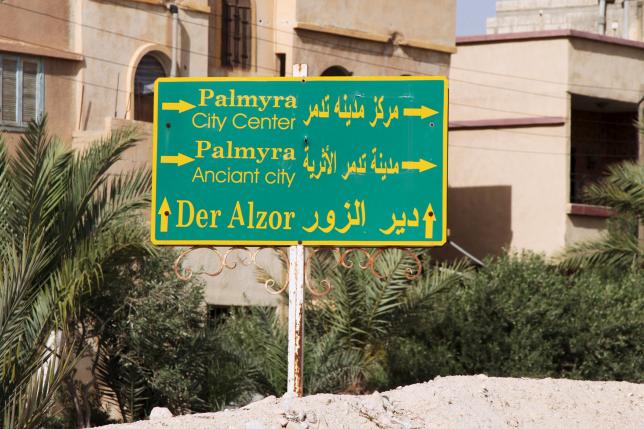 The Levant News — Syria’s army and allied forces advanced inside Palmyra on Thursday after ISIS pulled most of its forces back from positions inside the ancient desert city, a war monitor reported.

The Syrian army, backed by Russia’s air force and Shi’ite militias supported by Iran, is attempting to capture Palmyra for the second time in a year from ISIS, which took it in a surprise advance in December, only months after losing it.

The army entered Palmyra’s western districts and took its hilltop citadel and on Thursday conducted combing operations inside the city to clear mines, the Syrian Observatory for Human Rights, a Britain-based war monitor, said.

Syrian state television reported on Thursday that the army had control over the al-Tar hill northwest of Palmyra.

During ISIS’ first occupation of the city, it destroyed some of Palmyra’s priceless archaeological heritage and it is also believed to have razed other parts of the historical ruins since regaining control of them in December.

Despite having recaptured Palmyra in December, Islamic State is on the back foot in Syria after losing swathes of territory in the north of the country to an alliance of U.S.-backed, Kurdish-led militias, and to Turkey-backed Syrian rebels.

The Syrian army is also fighting Islamic State in the area east of Aleppo, where it is pushing to reach the Euphrates river, and in the city of Deir al-Zor, where it controls an enclave that is besieged by the jihadist group.

Previous We have no other option but to “reignite development” in the region: Mohammed bin Rashid
Next U.S.-allied militia agrees to hand villages to Syrian government

Churches of Mosul on Pope’s tour to repair ISIS damage