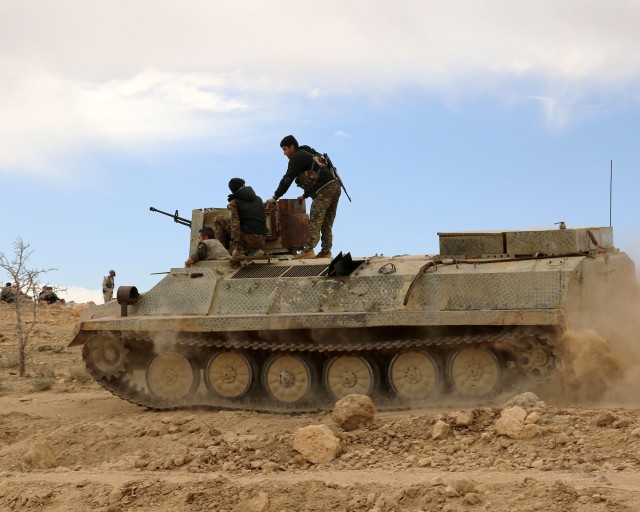 by Graham E. Fuller* -- A deep contradiction lies at the heart of US policy towards the present horrifying conflict in Syria. Which is better? To now reluctantly accept continuation of Bashar al-Asad in power in Damascus for the foreseeable future, thereby hastening the end of the war and the killing? Or to fight till the last Syrian in the belief that an indefinite prolongation of the civil war will somehow bring about a much brighter future for Syria and deal a rebuff to the position of Russia and Iran in Syria?

The Syrian war represents one of the darkest moments in civil conflicts anywhere in the world in recent years. At this juncture its locus is now in Aleppo, Syria’s second largest city, and an ancient center of Middle Eastern high culture. And this is where the human level of suffering particularly cries out for relief. The number of people who have been killed by bombing—in recent weeks especially by Syrian government forces and Russian air attacks— is horrendous. Fear, starvation and death haunt this once magnificent city.

But there is a decision to be made. Back in 2011 in the midst of the Arab Spring revolutions, there was reason to believe that the Asad regime too, would quickly bite the dust, as did Mubarak in Egypt, Qaddafi in Libya and Bin Ali in Tunisia. But as an early uprising emerged against Asad, the regime reacted swiftly with harsh reprisals in the belief that a quick putdown would nip it in the bud.

If Syria had just been left to its own devices, Asad’s cynical calculations for maintaining power—typical of most authoritarian rulers who fight to the bitter end—might have quickly ended with a regime victory. But unlike Egypt or Libya, Syria itself was indeed divided over his rule: although Asad was never popular, much of the Sunni economic, military and governing elite had become de facto aligned with the minority Alawite Asad regime. Other minorities such as Christian, Jews, Druze and others believed that while they didn’t like Asad, he was far preferable to a scenario of overthrow by jihadists or a long civil war. That belief considerably explains why Asad has not fallen.

But of course Syria was not left to its own devices but rather became the magnet of regional power-struggles, the cock-pit of proxy wars rapidly involving Turkey, Saudi Arabia, Qatar and the US on one side, with Iran, Iraq (to some extent) and Russia on the other. Now, the US for over forty years has viewed the Asad family regime as a thorn in its side against US dominance in the Middle East; it intermittently sought to overthrow it, with little success. This time around the US now saw Syria as offering a great venue to strike back at Iranian and Russian influence in the region as well. It therefore became willing to support “moderate” jihadis in the anti-Damascus struggle.

Sadly there have been almost no genuinely moderate and effective Syrian guerrilla forces since the outset. Jihadist groups have dominated the military struggle. And radical jihadi forces have been invariably more effective fighters on the ground than “moderate jihadis.” Obama finally wisely came to perceive that backing a civil war that would bring jihadists to power in place of Asad was, in the end, not a good deal. But the impulse to deliver a blow to Iranian and Russian interests still dominated most of Washington’s hawkish thinkers. The Syrian people would become the pawns of Washington’s struggle against Moscow and Tehran.

The US-Russian agreement to establish a cease-fire and reach a political solution—to which Kerry and Lavrov devoted so much attention—might have stood a chance. But it required one key condition: Asad would not be overthrown; he would retain power pending a multinational process to transition to a new regime.

Washington in principle bought into that difficult-to-implement principle, but still could not bring itself to abandon the “moderate jihadis” as a fighting force on the US side. Moscow’s view is starkly simple: disarm—or eliminate—all forces fighting the Asad regime to hasten the end of the war and a political solution (with few US allies).

After five years of hideous and devastating civil war—whose refugees have shaken up the very politics of Europe itself—there are probably few Syrians alive at this point who would not prefer to go back to the unfriendly peace and stability of Asad authoritarianism—that was otherwise not known for the degree of brutality that characterized, for example, Saddam Hussein in Iraq.

Meantime, war is hell. For most civilians, in the end almost any peace is better than almost any war.

Washington must now decide: Does it want to continue for months to argue about how moderate or violent a particular jihadi group is to find suitable allies among them—to use as bargaining chips over the negotiations of new governance down the road in Damascus? (Most of these would-be allies are now in the al-Qaeda orbit to one degree or another.) Or will it decide that an end to the war, even on Asad’s terms, is not more realistic, and yes, even more humane?

Russia holds the stronger cards in this confrontation. If the US decides to end the war now and accept an Asad victory, there is no doubt that Moscow will have emerged as relative strategic victor. But how serious a strategic setback is that in reality? Is every battle, every piece of turf, worth trying to best Moscow over? Is Washington still willing to fight till the last Syrian—with all the radicalization in the region and its refugee flows—simply to parry Russia? Yes, Russian and Syrian bombings in Aleppo against all insurgent strongholds have recently been vicious and murderous. The US has also bombed. Civilians always die, whoever bombs. An end to bombing and civil war is imperative from any humanitarian perspective. This is not, or should not be, a zero sum game with Russia. The game is not worth the candle, the stakes are low. The US still shares the major common goal with Russia and the region—ending jihadism in Syria and the neighborhood.

Conversely, if blocking Russian (and Iranian) interests at every turn is the supreme American strategy then Washington stands just as guilty as Russia and Iran in tossing more Syrian bodies onto the bonfire of this feckless proxy war. 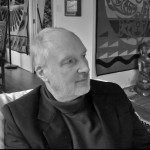 *Graham E. Fuller is a former senior CIA official, author of numerous books on the Muslim World; his latest book is “Breaking Faith: A novel of espionage and an American’s crisis of conscience in Pakistan.” (Amazon, Kindle) grahamefuller.com