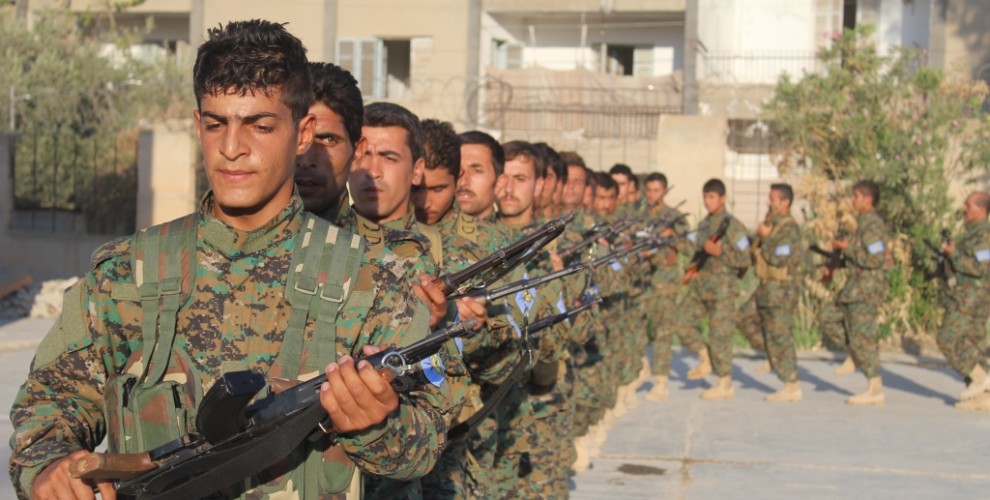 The U.S. military said Friday that two coalition personnel have been killed and five were wounded by a roadside bombing in Syria in a rare such attack since the U.S-led coalition sent troops into the war-torn country.

The military did not say where the incident occurred but it came hours after a local Syrian official said that a roadside bomb has exploded in the tense, mixed Arab-Kurdish town of Manbij that is not far from the border with Turkey.

It did not identify the casualties as American soldiers, only coalition personnel members.

The local Syrian official, Mohammed Abu Adel, the head of the Manbij Military Council, an Arab-Kurdish US.-backed group in the town, said the bomb went off hundreds of meters away from a security headquarters that houses the council just before midnight on Thursday.

Earlier Friday, a U.S. military official, Col. Ryan Dillon, said an incident involving coalition forces was reported in Manbij but said no more information was available. He said the coalition was still gathering information about the incident.

Manbij is under threat of a Turkish military operation. Ankara says Syrian Kurdish militiamen it views as “terrorists” and an extension of Kurdish insurgents inside Turkey is in control of the town.

The town has also seen a number of small explosions, protests and an assassination attempt on a member of the Manbij military council in recent weeks. Local officials blame Turkey and other adversaries for seeking to sow chaos in the town that was controlled by Islamic state militants until the summer of 2016.

The U.S.-backed backed Kurdish-Arab Manbij military council has been in control since and U.S. troops patrol the town and area with troops based nearby.