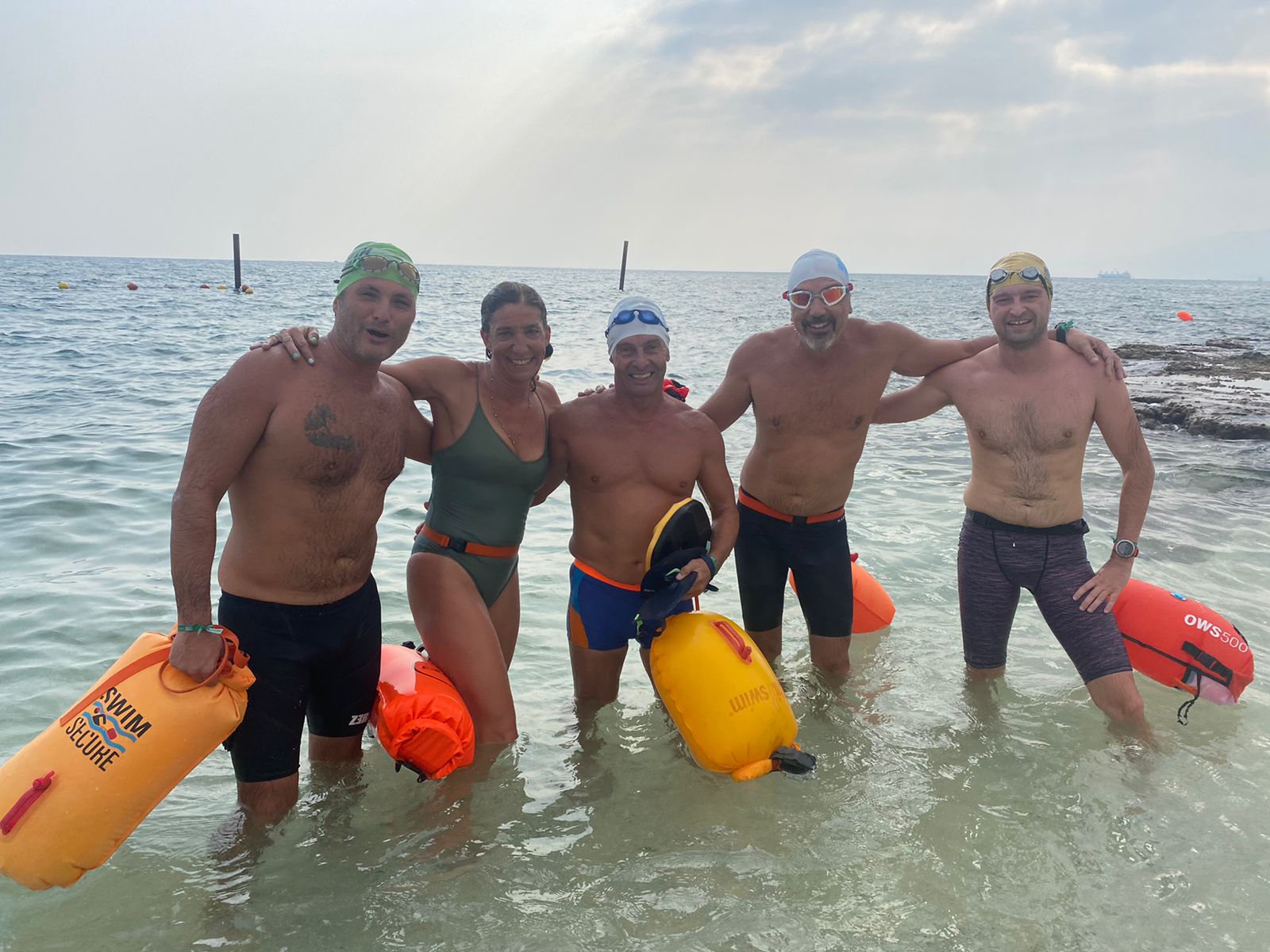 Decades of governmental ignorance and mismanagement led to polluted forests and beaches in Lebanon, a country known for its natural wealth and beauty. For some, this is no longer acceptable. Local environmental initiatives like SWIM Lebanon have to deal with a non-functioning government. This rapidly growing environmental movement now pointed its arrows at the Palm Island Nature Reserve in Northern Lebanon.

By Arthur Blok
The island, roughly 5km from the shore, has a surface big enough to allow trees to grow and has diverse vegetation with a unique flower named “Lyse of Phenicia.” “It has a freshwater source and has been the haven for migrating birds to rest before they fly out again,” said Nabil Aouad, one of the founders of SWIM Lebanon (Sustainable Waste Intercity Marathon).

With Lisa Sofian, his schoolmate whom he met at a reunion after 37 years, he pioneered the young Lebanese association in 2019 that now engages hundreds of voluntary activists all over the country.

“All other islands are dry and rocky,” he continued. The Palm Island has a rich history. It includes a church and has foundations of several buildings dating to the Crusades.”The king of Cyprus married his daughter there roughly 800 years ago. It is a dream destination with the most transparent water in the Mediterranean; it is unique.”

In early September, SWIM participated in the Tripoli Mina Touristic Marine Festival, an initiative led by Amer Haddad the Director of the Mina Municipality & The President of the Palm Island Nature Reserve. Around the festivities, SWIMM organized a public sports event.

“We started with an exclusive peripheral swim of 2 km around the island by open water enthusiasts, “ said SWIMM co-founder Lisa Sofian. “The adrenaline leveled up around 11:00 am when around 1800 participants lowed to the island to be part of the Festival that featured various sports and other activities,” she added.

Following the It’s Your Sea campaign of October 2021, SWIMM developed a close relationship with Amer Haddad, the Director of The Mina Municipality and The President of The Palm Island Nature Reserve.

“He became an important partner and was very enthusiastic about the flow of tourists to Lebanon and asked us to collaborate with him in organizing a festival on the island. This was the first edition,” Sofian said.

In the past three years, SWIM created a large community of athletes in the Aquatic fields, environmental experts, and local environmental enthusiasts. Sofian: “We took the responsibility of engaging our community to be part of this event. Our role was to bring everyone together just to put the well-being of the island on the national agenda.”

The logistic challenge was immense. To avoid disturbing the ecosystem, special precautions were taken for the logistics, and clean energy sources provided by ME GREEN ENERGY were used as a power source.

Islands for the coast of Tripoli
The Palm island Nature Reserve is the biggest of the 13 islands in the Tripoli sea. It is renowned for its freshwater source and its rich biodiversity. It has been designated as a Mediterranean Specially Protected Area under the Barcelona Convention in 1995 and an Important Bird Area by BirdLife International.

The festival's purpose was to put the island under the spotlight and shed light on its touristic and environmental importance to Lebanon, the Mediterranean sea, and the world as a Heritage site.

Nabil Aouad: “The current status of the island is its nomination as a protected reserve by UNESCO though it has been tough to keep it protected from the 5000 visitors a week who come have a picnic on it and leave their trash. So, it is not pollution that the sea brings but pollution for its misuse by visitors.”

“More than ten years ago, I discovered the Palm Island Nature Reserve as I was preparing a documentary for one of the renowned TV channels about the island’s biodiversity and geographical importance in the Mediterranean sea, especially its diverse coastline,” said Saleh.

Saleh was honored when SWIMM asked her to present the Festival. Saleh: “It was an honor indeed. This unique event was, in my perspective, the best touristic maritime event organized for this year. And lovely to see the island vibrating with life.”

As the Master of the Ceremony, she interacted with people from Sidon, Tyre, the Bekaa Valley, and Beirut, who were all unilaterally astonished by the island's beauty. She called numerous times on the inhabitants of Tripoli and Mina that they should take ownership of keeping the island clean.

Saleh: “As an environmental activist, I see it as my duty to prevent people from negligently exploiting their natural wealth by raising awareness and spreading the culture of behavioral change among people.”

Consensus
All three environmental activists agree that Lebanon is facing a much larger problem. The Mediterranean Lebanese coastline, forests, rivers, islands, and valleys are under significant threat of pollution and danger of further environmental degradation.

Lebanon lacks national environmental awareness strategies, no sewage restrictions, and its massive waste collection negligence because of a lack of governmental accountability and proper resource allocation.

"Most importantly, there are no implementations of the existing regulations by the concerned authorities, like the accountability of misconduct towards Nature. All of these are topped with a lack of Culture among a significant portion of Lebanese citizens who throw waste everywhere," Lisa Sofian concluded.