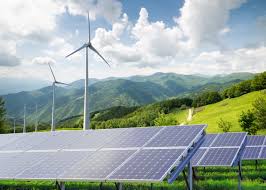 Why Sustainability Is Important?

Driving change for sustainable energy, the use of technology and the future of oil were among the key topics discussed as day two of the 24th World Energy Congress focused on the business outlook of the industry.

The most critical issues continued to be addressed in Abu Dhabi as thousands of people including ministers and delegates offered their knowledge and expertise during various panel sessions on the daily theme of ‘Business as (un) usual: Opportunity for change’.

The triennial flagship event also saw the most respected decision-makers, pioneers and global experts hear from distinguished individuals from the UAE and abroad during the six keynote addresses that took place.

Among the highlights of today’s programme were the keynote addresses, which opened the day’s proceedings at Abu Dhabi National Exhibition Centre (ADNEC).

Kersti Kaljulaid, President, Republic of Estonia, told the World Energy Congress that sustainable and environmentally-friendly energy practices must be aligned with national and global economic policies in order to have the required impact.

“It will create more economic sense to apply all green technologies globally and if this happens we might go to being CO2 free energy users 5 or 10 or 20 years quicker.

“I prefer that market forces, pushed by smart policymaking and legal space-setting, act quickly and save us all from the alternative,” she said.

“All states that have escaped poverty and reached the ranks of developed nations including Estonia in the last 30 years have demonstrated that it can only happen if you align your societal needs, in this case going green, with the interests of the market.”

Awaidha Al Marar discussed the importance of incorporating renewables into a diverse energy mix while Saeed Mohammed Al Tayer, a leading figure in the UAE and Dubai’s future energy planning, outlined Dubai’s ongoing achievements in the generation and distribution of renewable energy.

Al Tayer said: “Despite possessing one of the largest oil reserves in the world, the UAE has prepared to deliver the last barrel of oil. As stated by His Highness Sheikh Mohamed bin Zayed Al Nahyan, ‘We have started our first steps and early preparations for the sustainability of our resources and to bid farewell to the last drop of oil’.

“Today our nation leads global efforts in the clean and renewable energy sector through its strategies and investments.

Al Tayer explained how DEWA is implementing a range of innovative energy projects including a 250-megawatt pumped-storage hydroelectric power station in Hatta, the first of its kind in the GCC region, and a Green Hydrogen Project that uses clean energy to produce green hydrogen that will be stored and deployed for different uses.

“Our wise leadership gives great importance to the environment,” said H.E Al Tayer. “We will continue to launch initiatives aimed at rationalising consumption, reducing carbon emissions and encouraging community members to produce electricity from solar energy in buildings and connecting them to DEWA’s grid, to use electric vehicles and other initiatives and programmes aimed at reducing our carbon footprint and promoting the transition to a green economy in Dubai.”

Amin H. Nasser, President and Chief Executive Officer of Saudi Aramco, took to the stage to thank the UAE and the World Energy Congress for hosting a wide-ranging event that brought topics of outstanding importance to the world’s attention.

Nasser said that meeting society’s expectations of sustainable energy will require energy products to be much cleaner and delivered in a new and innovative manner as per the demands of stakeholders, society at large and consumers.

He explained how Saudi Aramco is working on a range of technolgies with potential benefits beyond the oil and gas industry such as advanced integrated engine fuel systems that deliver greater efficiency and lower emissions and its aim to be the world leader in carbon capture and storage that will turn what was previously seen as a waste product into some valuable.

Jean-Bernard Levy, Chairman and Chief Executive Office, Electricite de France, explained how the day’s theme of ‘Business as (un) usual: Opportunity for change’ perfectly summarises the challenges that lie ahead.

“For the energy sector business as usual is not an option, indeed over the years we have seen our industries navigate through many transformations, many transitions and even a few shocks.

“The climate is one obvious issue. Will we commit to keep global warming to below 2 degrees that science and the Paris Accord tell us we must? Or will we remain on the current path that leads us to 3 degrees or maybe more.

“Obviously we are all committed to do our utmost to achieve a 2 degree or less scenario, yet the challenge in front of us is enormous and requires significant changes in how we produce, transport, distribute and consume energy but we should make no mistake, business as usual is not an option.”

Delegates shared their insight into what the future of the energy sector could hold through a series of parallel and plenary sessions held throughout the day at ADNEC.

The opening plenary session opened up an insightful discussion on the impact of how the way consumers interact with energy systems across cities and communities is changing.

The potential of Blockchain technology as well as its opportunities and risks were explored in one of the day’s 15 parallel sessions. Other key sessions included tackling cyber security in ‘Cyber security: 3 clicks from collapse’ and the ‘Role of gas in the global energy transition’ sessions.

At its stand in the main hall at the World Energy Congress, the Dubai Water and Electricity Authority (DEWA) showcased a model of the Mohammed Bin Rashid Al Maktoum Solar Park in Dubai, which DEWA plans to expand and grow to become the largest single-site solar park in the world.

Visitors to the Federal Electricity and Water Authority (FEWA) stand were able to see detailed information about the Ghalila desalination plant in Ras Al Khaimah that will produce 150 million gallons of water a day while plans to add more free to use electric car charging points in Abu Dhabi, Ajman, Ras Al Khaimah and Fujairah also attracted lots of attention.

The second day of the World Energy Congress saw the winners of the innovative and exciting Land Art Generator Initiative (LAGI) officially announced.

The prizes were awarded by Eng. Fatima, CEO of the UAE Organizing Committee for the 24th World Energy Congress and Assistant Undersecretary for Electricity, Water and Future Energy Affairs, UAE Ministry of Energy. Starlit Stratus was named as the overall winner and the recipient of the US$40,000 top prize. Created by NYC-based Sunggi Park using a tessellation of solar modules that change appearance throughout the day and transform into glowing orbs at night, the artwork could provide Masdar City’s grid with 2,484 MWh of clean energy annually.

Second place and US$10,000 in prize money went to Sun Flower by Ricardo Solar Lezama, Viktoriya Kovaleva and Armando Solar. A kinetic sculpture that utilizes the potential energy of its own weight to store energy collected through solar panels in its petals, the artwork could contribute 1,400 MWh of clean energy to Masdar City’s grid each year.

LAGI 2019 Abu Dhabi was backed by Masdar and held in partnership with the 24th World Energy Congress. It attracted almost 300 submissions from 65 countries, which were reduced to a shortlist of 28 teams before the two winning entries were chosen.

Yousef Baselaib, Executive Director of Sustainable Real Estate at Masdar, said it was fitting that the capital’s flagship sustainable city support the contest. “LAGI 2019 Abu Dhabi complements the holistic approach that Masdar City takes towards urban development based on the pillars of economic, social and environmental sustainability.”

Other significant events that were held on day two of the 24th World Energy Congress included the International Energy Forum’s 8th Asian Ministerial Energy roundtable. Building on the latest G20 Energy Ministers meeting, a series of discussions were held on the nations working together and combating climate change.

Tags Driving change for sustainable energy the use of technology and the future of oil were among the key topics discussed as day two of the 24th World Energy Congress focused on the business outlook of the industry.

Colin Powell passes away aged 84 from COVID complications, despite vaccination