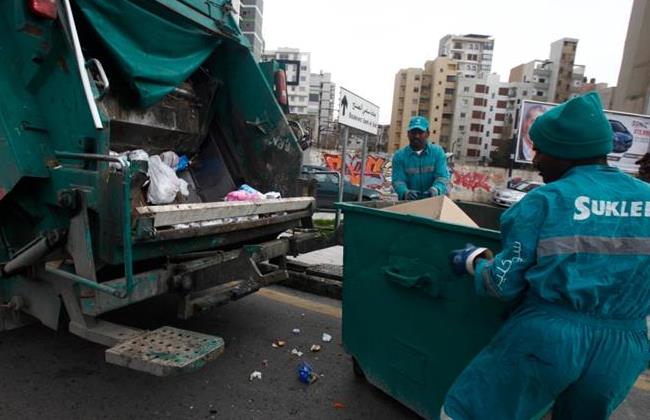 The Daily Star
BEIRUT: The waste contractor for Greater Beirut vowed Tuesday to carry on implementing the government’s latest trash plan despite protests by activists.

“Does is mean if anyone is against the Lebanese government’s trash plan they have to attack Sukleen and its employees, break the equipment and raid the company’s headquarters?” Sukleen asked in a statement.

Activists belonging to the We Want Accountability group scuffled with employees at Sukleen’s headquarters in Karantina after they attempted to protest the waste company’s role in the government trash plan.

Although it was not clear how the fighting first erupted, activists said that Sukleen workers came out of their offices with sticks and began beating them as they began to protest.

Sukleen condemned the activists in the statement, saying “they went too far in their verbal abuse.”

The waste firm accused the activist group of harassing employees and attempting to burn one of the company’s machines.

It said that while it is only following orders from the government, it will continue implementing the trash plan.

“Sukleen is only executing an official decision taken by the Cabinet and does not play any role in issuing it… Sukleen reaffirms that it will continue implementing the government plan to bring back sanitation to Lebanon’s various areas, which were deprived from it for months,” it said.

Sukleen and its sister company Sukomi have been responsible for collecting Beirut and Mount Lebanon’s waste since 1997. Even though their contract was meant to end last July when Lebanon’s worst trash crisis broke out, the government gave them the responsibility of carrying out their latest trash plan.

They became the center of controversy due to the crisis, which plagued Lebanon for eight months.

First Investigative Judge Ghassan Oueidat set April 11 as the date to begin questioning the companies’ officials on charges of squandering public money and neglecting their duties.

The “temporary” Cabinet plan to establish landfills in Costa Brava and Burj Hammoud to end the crisis went into effect Saturday.

More than 1,000 Sukleen and Sukomi trucks have reportedly been lifting garbage on a daily basis, as garbage is set to start being dumped in landfills Tuesday.