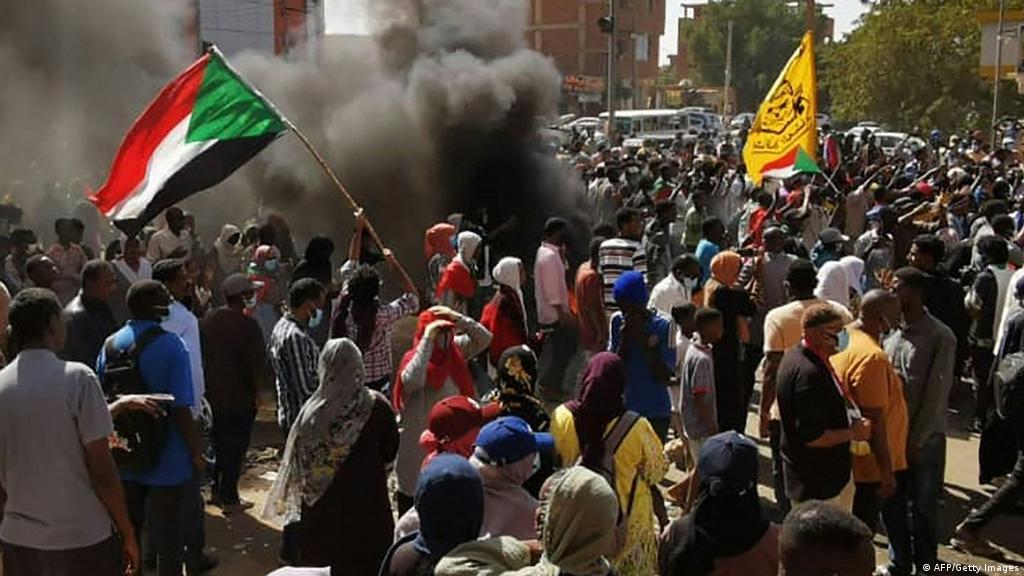 “Security forces raided the house of the political secretary of the Sudanese Communist Party Mohammed Mukhtar Al-Khatib,” the party said in a statement.

Another leading party member was also arrested at Khartoum airport, and the two men were taken to an “unknown location,” the party said.ad

The arrests came despite a pledge by coup leader Gen. Abdel Fattah Al-Burhan to free political detainees to set the stage for talks among Sudanese factions.

The Communist Party members were detained following a trip to Juba, South Sudan where they met with rebel leader Abdel Wahid Nour who has refused to sign a landmark 2020 peace deal with the Sudanese government, according to the party statement.

They also visited rebel-held areas in South Kordofan controlled by Abdelaziz Al-Hilu, who also abstained from the 2020 deal, it said.

Thousands of protesters on Thursday took to the streets, mainly in Khartoum but also elsewhere, to again call for civilian rule in the latest rally against the October coup led by Gen. Burhan, according to AFP correspondents.

Regular mass demonstrations have rocked Sudan since the coup which derailed a fragile political transition set in motion after the 2019 ouster of longtime autocrat Omar Bashir.

Demonstrations have been met by a violent crackdown which has so far killed at least 95 protesters and wounded hundreds of others, according to medics.

The UN, along with the African Union and regional bloc IGAD, have been pushing to facilitate Sudanese-led talks to resolve the crisis after the northeast African country’s latest coup.

UN special representative Volker Perthes in late March said the country was heading towards “an economic and security collapse” unless its civilian-led transition was restored.

The military leader threatened to expel Perthes for alleged “interference” in the country’s affairs.