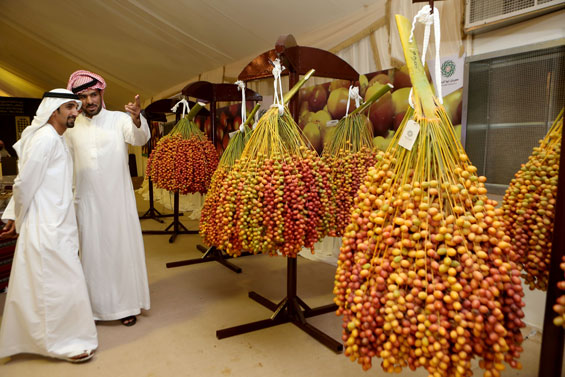 A novel research project that has won a prestigious UAE award will help boost commercial production of various food products derived from dates such as sugar crystals, honey and breakfast cereal, a senior official told Gulf News on Sunday.
Although some such products are already available in the market, the research will pave the way for largescale production of high-quality products, said Professor Abdelouahhab Zayed, Secretary General of the Khalifa International Award for Date Palm and Agricultural Innovation.
He was talking about the research that won a Dh1-million international award for ‘distinguished innovative studies and modern technology’, on the sidelines of a press conference to announce the tenth edition of the Dh5.25-million awards.
The research by 13 scientists from 6 nations headed by Dr Muriel Gros-Balthazard, assistant professor at Institute of Evolution Sciences in University of Montpellier in France, focused on wild date palms in the region and their genetic structure and characteristics, Prof. Zayed said.
“They used molecular biology and genetic engineering to find the genetic structure of native date palms in North Africa and the Middle East. The identified genetic characteristics such as fruit quality, seed-flesh ratio, resistance to disease and pest can be used for genetic engineering and biotechnology for date processing like extracting sugar crystals, honey and cereals etc. from dates,” he explained.

It can help breed new varieties of dates also. He said similar researches that won the previous awards have already contributed to extend the storage time of fresh dates etc., using genetic engineering. “The UAE has extensively used such findings and we have the best date factory in the world,” Prof. Zayed said.
The officials said the international award winners will receive Dh4.25 million in prize money and a newly added category of local awards this year will give away an additional Dh1 million.
The international award for ‘pioneering development and productive projects’ worth Dh1 million was won by Mohammad Suhail Al Mazroui, CEO of Liwa dates factory in the UAE.

Three other winners in the international awards segment and four winners of the local awards were also announced. They will all receive the awards on March 19 at a glittering ceremony in the presence of dignitaries at Emirates Palace in Abu Dhabi.
Commenting on the occasion, Shaikh Nahyan Mubarak Al Nahyan, Minister of Tolerance and Chairman of the Board of Trustees of the Award, appreciated the support extended by the UAE leadership to the award.
The officials said the award has attracted top researchers, experts, farmers and all those interested in the date palm sector in the Arab world and beyond. The award has contributed to the development of date palm trees and related studies across the world. Inclusion of agricultural innovation a year ago has further reinforced the award’s position worldwide.
International Awards :-
• The Dh1 million for ‘distinguished innovative studies and modern technology’ went to a research by Dr. Muriel Gros-Balthazard, assistant professor at Institute of Evolution Sciences, University of Montpellier, France.
• The international award for ‘pioneering development and productive projects’ worth Dh1 million was won by Mohammad Suhail Al Mazroui, CEO of Liwa dates factory in the UAE.
• The Dh750,000 award in ‘pioneering and sophisticated innovations serving the agricultural sector’ was equally shared between Dr. Luigi Porcella, of Innovation Electrap in Italy, and The Platform that utilised artificial intelligence and internet of things technologies for early detection of red palm weevil in date palm farms in the UAE.
• Dh750,000-award for ‘influential figure in the field of date palm and agricultural innovation’ went to Prof. Abdullah Bin Abdullah in Tunis.
Local awards:
Category of large farms
• 1st winner: Rashid Saeed Al Eriani
• Runner-up : Saeed Hamouda Al Eriani
• 2nd winner: Hamid Saeed Al Erian
• 2nd runner-up: Mira Khalfan Al Nuaimi