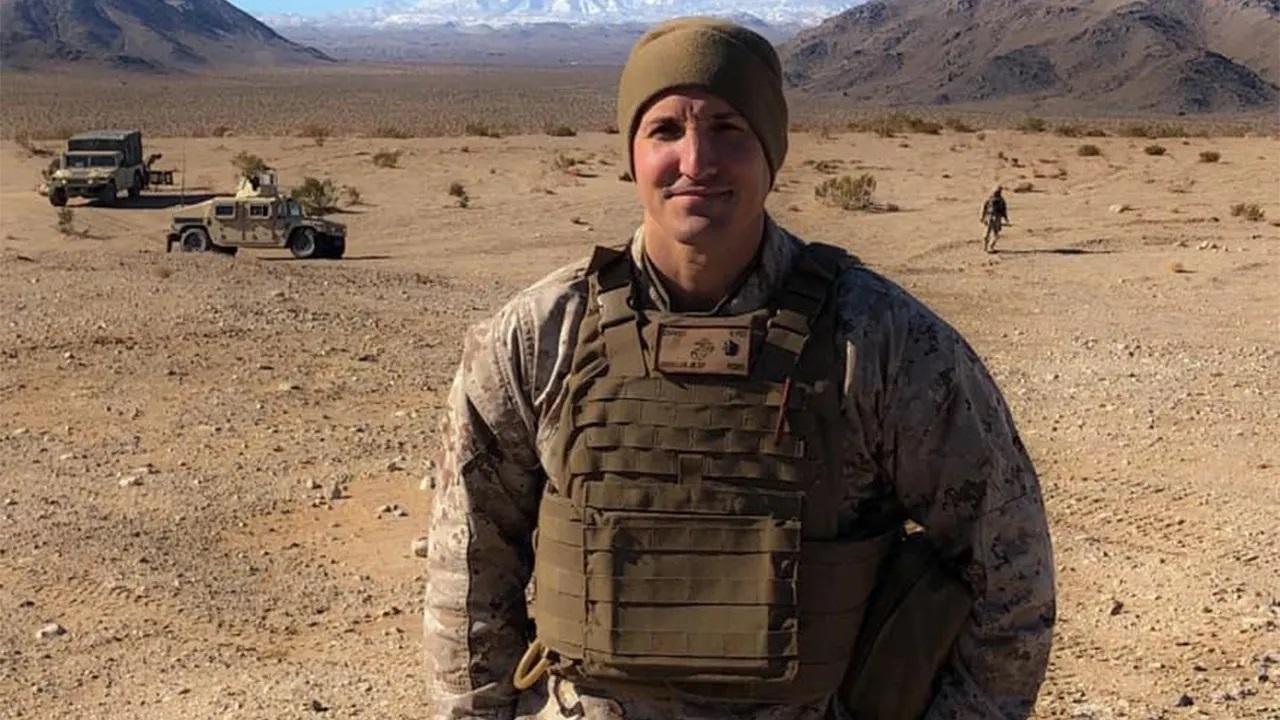 Crisis of Command: How We Lost Trust and Confidence in America’s Generals and Politicians
By Stuart Scheller
(Knox Press, 272 pages, $28)

“He was following the orders he was given.” At this point, former Lt. Col. Stuart Scheller despises those words and carries special disdain for officers who use some configuration of the phrase to justify why they did something that ultimately hurt someone or harmed the mission.

In many ways, it was the persistent echo of these words that sparked his (some would say ill-fated) decision to post a YouTube video a year ago this week that eventually landed him in the brig with a special court martial and an abrupt end to a long, promising career in the Marines before his 20-year retirement. It also cost him his wife, separation from his young boys, and rebuke from colleagues and former officers indulging in seeming schadenfreude during the ensuing spectacle.

In his forthcoming book, Crisis of Command: How We Lost Trust and Confidence in America’s Generals and Politicians, Scheller recounts watching the news coverage of the U.S. military withdrawal from Afghanistan last August. A lieutenant colonel with 17 years in the Marine Corps, including combat in Iraq and Afghanistan, Scheller had just taken over his first command of the Advanced Infantry Training Battalion in North Carolina in June 2021. He writes:

I watched multiple units, including my first unit, First Battalion, Eighth Marines, rapidly respond to a situation poorly planned for months. I knew from experience junior service members on the ground would rise to the occasion despite failures at the general officer level, but I remained frustrated at the situation.

He recalls his confusion over the military’s decision to leave the massive Bagram Airfield to an overrunning Taliban in July. He said he became angry when messages from the commandant of the Marine Corps, and then from the Pentagon, given to service members not only suggested a complete lack of understanding of what the rank and file were feeling, but “victimized the service members by projecting mental health problems as a source of [their] frustration.”

After an Aug. 26, 2021, terror attack outside the Kabul airport left 11 of his fellow Marines, some of whom he knew, dead, Scheller said that he had a “deep rage in my belly” and that his battalion executive officer, who had come into his office upon seeing the news, felt it too.

He spent the evening writing his thoughts down. He dismissed the idea of sending it up the chain of command, saying: “I knew those processes would be blocked by the same bureaucratic red tape that got us into the mess in the first place. I was trapped in a midlevel position, with no real authority or recourse to address our systemic failures.” He guessed that any military publication, leashed to the influence of senior officers and retired poobahs, would reject it outright. So, he made his first YouTube video, in which he took particular aim at the institution:

This amalgamation of the economic/corporate/political/higher military ranks are not holding up their end of the bargain. I want to say this very strongly: I have been fighting for seventeen years. I am willing to throw it all away to say to my senior leaders, “I demand accountability.”

He then made second and third videos after he was relieved of duty, and the backlash was unleashed. The rest, as they say, is history.

Scheller’s court martial was a bit of a circus, and the judge for his case, Col. Glen Hines, knew it. He blasted the prosecution for Scheller’s treatment, scolding the prosecution during Scheller’s sentencing, and reducing his agreed-to fine from $30,000 to $5,000.

Scheller writes: “I was fortunate to have him look at all the facts of the case. It appeared to me that he didn’t want me to plead guilty. He stated that, in his over thirty years as a JAG officer, he ‘had never seen someone sent to pre-trial confinement for these types of charges.’” Hines called out the anonymous leak of Scheller’s Marine Corps charge sheet, including medical records, to the online magazine Task & Purpose. Like Scheller’s supporters, Hines said that Scheller’s words had been twisted and “taken out of context” to make him look mentally unstable and extremist.

Even his comments about the Capitol on Jan. 6 were reported to suggest radical intent. “It’s unfair. It’s illegal. And it needs to be investigated,” Hines told the court according to Scheller’s account, retold in several news stories from the time. “It creates the specter of unlawful command influence.”

In the end, Scheller pleaded guilty and was convicted of violating multiple Uniform Code of Military Justice articles. These include:

He was given an honorable discharge, but the pension that a 20-year marker would have afforded him and his family was withheld.

Without the judge’s intercession, it would have been a lot worse, Scheller suspects. And, honestly, he should have known. Whether he began to write Crisis of Command in order to prove it or whether it came out in the telling, it is obvious by the end that his career, from a young man seeking purpose after 9/11 to a seasoned battlefield leader, is pockmarked by a series of relationships and incidents he was forced to manage on institutional terms and by rules he found arbitrary and counterproductive, sometimes illogical and unjust. Uphold the system and be rewarded. Question or disparage it and expect the leadership to close ranks like a vise. Scheller was obviously an exemplary Marine, with strengths that allowed him to navigate as far as he did. But he must know that his idealistic standards would never have allowed him to rise further beyond his rank. He writes:

Reflecting the status quo ideology of a boss is the easiest way to promotion. Currently, warfighting capability and winning wars are not priorities for promotion. A warfighting focus may factor into the boss’s impression of a military employee, but it is a small slice at most. I witnessed several talented officers wash out of the system because their warfighting focus detracted from the peripheral tasks prioritized by superiors.… Unfortunately, it is almost impossible for renegade warfighters to penetrate the barriers of the system.

Scheller’s thrust into the spotlight came because of his questioning of decisions that led to the botched withdrawal of Afghanistan. Crisis of Command illuminates a longstanding frustration within the military with how the 20-year wars were conducted, how strategy was subverted in favor of politics and process, and how generals, promoted for anything but battlefield skills and intellectual capabilities, are nothing but slaves to career progression.

Scheller’s story is instructive in that it covers what seem to be mundane but are really revelatory experiences with high-handed officers in Iraq, wound tight and overworked, who let toxic ego get in the way of clear-eyed combat decisions and put men and women at risk, all the way up to his time at the Command and General Staff College, where “too much importance was placed on academic PhDs with zero military experience.” He writes: “It was hard to take them seriously when they lectured me about my views. The PhDs also acted like tenured instructors only willing to put in the minimum effort.”

He also criticizes the idea that the U.S. is stronger because of its moral righteousness and its theory of the “just war.” He feels that both, combined with the culture of mindlessly following orders and the aforementioned promotional path, have allowed for a foreign policy that seeks conflict over diplomacy (but then does not unleash lethality in order to maintain some moral ideal) and a military institution that deviates from actual skill building necessary to win wars. He points early in his book to his time in Officer Candidate School (OCS), saying:

Resiliency is important for military leadership, but it always bothered me that critical thought wasn’t emphasized more. A candidate could be a deep-thinking, geopolitical analyst with a bountiful knowledge of science, but he wouldn’t make it through [OCS] if he couldn’t withstand beratement, yell programmed responses, and dance in a coordinated manner thirty inches behind another man.

Furthermore, Scheller excoriates the military-industrial complex for fostering an “oligopoly within the government contracting world reaping exorbitant amounts of money off the war industry.”

He points to the revolving door in which senior officers like retired Gens. James Mattis and Lloyd Austin go from industry boards to the Pentagon and back again, influencing expensive programs that ultimately fail and policies that do too. Meanwhile, “a young, enlisted infantryman cannot receive basic technology in a timely manner due to bureaucratic red tape in procurement.” Scheller continues, “Instead, the junior service member consistently and unknowingly assumes unnecessary risks because the procurement process cannot be navigated effectively by senior military leaders.”

It is clear that Scheller has long judged the military against his own sense of right and wrong and sees its inability to stand accountable to mistakes and the use of “just obeying orders” as not only the most egregious of transgressions but also the manifestation of corruption within the system. Certainly, there are a number of his fellow officers and infantrymen who agree, standing up for him during the trial, and many others who consider him a truth-teller, albeit a tragic one.

Whether he is seen as writing the book to justify his own illegal behavior and make a buck or to raise alarms about systematic degradation from the top will likely depend on one’s impression of Scheller from the beginning. But it is a compelling story, regardless, with Scheller as the proverbial canary in the coal mine. As he writes:

As you may have heard in the media, the military depicted me as the bad guy.

Yes, I did break the rules.

Yes, I should have been held accountable.