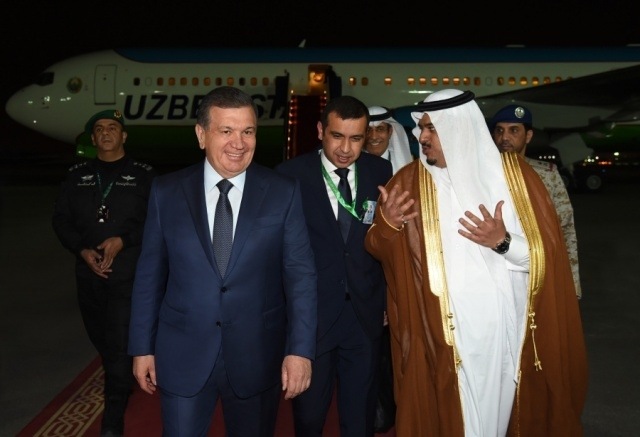 According to the Embassy of Uzbekistan in Saudi Arabia, which organized the visit, Ajlan & Bros is one of the leading companies in production of classic Arab men’s clothing, has 45 branches and 200 wholesale points, including in other Arab states.

Ajlan & Bros delegation plans to hold meetings at the Cabinet of Ministers of Uzbekistan, with the leadership of the ministries of Investments and Foreign Trade, Agriculture, Uztextileindustry Association, Uzbekoziqovqatholding, with khokims of Andijan and Namangan regions and other potential partners.

Following the visit, it is expected to sign agreements on specific investment projects and the export of Uzbekistan fruits and vegetables to Saudi Arabia and other neighboring countries.

Diplomatic relations between Uzbekistan and Saudi Arabia were established in February 1992.

The trade turnover between two countries amounted to only $ 42 million in January-September 2018.

The Consulate General of Uzbekistan began its activities in Jeddah in November 1992. In 1995, the Embassy of Uzbekistan opened in Riyadh. Since 1997, Saudi Arabian Embassy has been operating in Tashkent.

The Saudi delegation headed by the Chairman of the Consultative Council (Parliament) Abdullah Al ash-Sheikh visited Uzbekistan in April 2012.

A new nuclear deal could address Iran’s aggressive policies in the Middle East, America’s next …