State Department has had enough of Houthi attacks on Saudi

The US State Department is “beyond fed up” with Houthi attacks in Yemen, spokesperson Ned Price told a press briefing on Thursday, adding that the assaults were exacerbating the humanitarian crisis in the country.

A Yemeni government official said Tuesday that Houthi rebels fired two missiles in the latest attack in the government-held city of Marib, killing at least three people, including a child.

The missiles landed in the Rawdha neighborhood in the crowded city, according to Ali Al-Ghulisi, the provincial governor’s press secretary.

At least 10 other people, including two children, were wounded in the attack, Al-Ghulisi said.

The Houthis said they targeted military camps in the city, though they did not provide evidence to support their claim.

Yemen has been embroiled in a civil war since 2014, when the Iranian-backed Houthis swept across much of the north and seized the capital, Sanaa, forcing the internationally recognized government into exile. An Arab coalition entered the war the following year on the side of the government.

Tuesday’s missiles landed in the same residential neighborhood where a Houthi missile and explosive-laden drone attack hit a gas station earlier this month, killing at least 21 people, including a father and his 2-year-old daughter.

The Houthis mounted a brutal offensive on oil and gas-rich Marib in February to seize control from the Yemeni government, sparking widespread condemnation from the international community.

However, they have not made substantial progress and have suffered heavy losses amid stiff resistance from government forces aided by the Arab coalition supporting them.

The Houthis have fired ballistic missiles and sent drones into Marib, often hitting civilian areas and camps for displaced people. More than 120 civilians have been killed, including 15 children, and more than 220 wounded in Marib in the past six months, according to the government.

The US’s top diplomat in Yemen, Cathy Westley, condemned Tuesday’s attack and called for the Houthis to “accept a cease-fire and engage in negotiations” on a peaceful settlement to the conflict.

The Houthis have also stepped up cross border attacks on Saudi Arabia’s southern region since the start of the year, targeting populated areas and vital, civilian and oil installations. 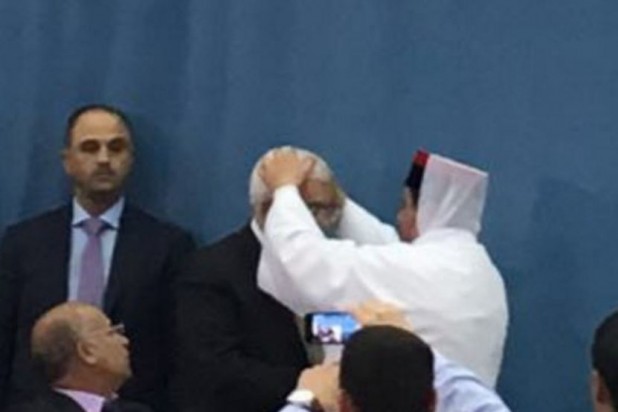