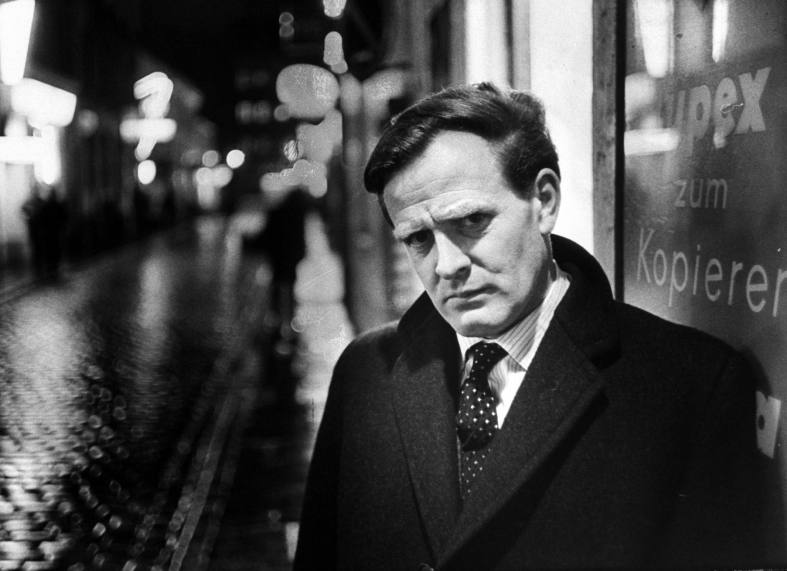 Le Carré explored the gap between the west’s high-flown rhetoric of freedom and the gritty reality of defending it, in novels such as The Spy Who Came in from the Cold, Tinker Tailor Soldier Spy and The Night Manager, which gained him critical acclaim and made him a bestseller around the world.

On Sunday, his family confirmed he had died of pneumonia at the Royal Cornwall Hospital on Saturday night. “We all deeply grieve his passing,” they wrote in a statement.

His longtime agent Jonny Geller described him as “an undisputed giant of English literature. He defined the cold war era and fearlessly spoke truth to power in the decades that followed … I have lost a mentor, an inspiration and most importantly, a friend. We will not see his like again.”

His peers lined up to pay tribute. Stephen King wrote: “This terrible year has claimed a literary giant and a humanitarian spirit.” Robert Harris said the news had left him “very distressed … one of the great postwar British novelists, and an unforgettable, unique character.” Adrian McKinty described Tinker Tailor Soldier Spy as “quite simply the greatest spy novel ever written”, while historian Simon Sebag Montefiore called him “the titan of English literature up there with the greats … in person, captivating and so kind and generous to me and many others.”

Born as David Cornwell in 1931, Le Carré began working for the secret services while studying German in Switzerland at the end of the 1940s. After teaching at Eton he joined the British Foreign Service as an intelligence officer, recruiting, running and looking after spies behind the Iron Curtain from a back office at the MI5 building on London’s Curzon Street. Inspired by his MI5 colleague, the novelist John Bingham, he began publishing thrillers under the pseudonym of John le Carré – despite his publisher’s advice that he opt for two Anglo-Saxon monosyllables such as “Chunk-Smith”.

A spy modelled on Bingham, who was “breathtakingly ordinary … short, fat, and of a quiet disposition”, outwits an East German agent in Le Carré’s 1961 debut, Call for the Dead, the first appearance of his most enduring character, George Smiley. A second novel, 1962’s A Murder of Quality, saw Smiley investigating a killing at a public school and was reviewed positively. (“Very complex, superior whodunnit,” was the Observer’s conclusion.) But a year later, when his third thriller was published, Le Carré’s career surged to a whole new level.

Smiley is only a minor figure in The Spy Who Came in from the Cold, but this story of a mission to confront East German intelligence is filled with his world-weary cynicism. According to Alec Leamas, the fiftysomething agent who is sent to East Berlin, spies are just “a squalid procession of vain fools, traitors, too, yes; pansies, sadists and drunkards, people who play cowboys and Indians to brighten their rotten lives”. Graham Greene hailed it as “the best spy story I have ever read.”

According to Le Carré, the novel’s runaway success left him at first astonished and then conflicted. His manuscript had been approved by the secret service because it was “sheer fiction from start to finish”, he explained in 2013, and so couldn’t possibly represent a breach in security. “This was not, however, the view taken by the world’s press, which with one voice decided that the book was not merely authentic but some kind of revelatory Message From The Other Side, leaving me with nothing to do but sit tight and watch, in a kind of frozen awe, as it climbed the bestseller list and stuck there, while pundit after pundit heralded it as the real thing.”

Smiley moved centre stage in three novels Le Carré published in the 1970s, charting the contest between the portly British agent and his Soviet nemesis, Karla. In Tinker Tailor Soldier Spy, he unmasks a mole in the highest echelons of the British secret service, while in The Honourable Schoolboy he goes after a money laundering operation in Asia, before piecing together Karla’s Swiss connections in Smiley’s People. The world of “ferrets” and “lamplighters”, “wranglers” and “pavement artists” was so convincingly drawn that his former colleagues at MI5 and MI6 began to adopt Le Carré’s invented jargon as their own.

As the cold war came to a close, friends would stop him in the street and ask: “Whatever are you going to write now?” But Le Carré’s concerns were always broader than the confrontation between east and west, and he had little patience for the idea that the fall of the Berlin Wall signalled any kind of end either for history or the espionage that greased its mechanisms. He tackled the arms trade in 1993 with The Night Manager, big pharma in 2001 with The Constant Gardener and the war on terror in 2004 with Absolute Friends.

Meanwhile, a steady stream of his creations made their way from page to screen. Actors including Richard Burton, Alec Guinness, Ralph Fiennes and Gary Oldman relished the subtleties of his characterisation even as audiences applauded the deftness of his plotting.

Le Carré returned to Smiley for the last time in 2017, closing the circle of his career in A Legacy of Spies, which revisits the botched operation at the heart of the novel that made his name. Writing in the Guardian, John Banville hailed his ingenuity and skill, declaring that “not since The Spy has Le Carré exercised his gift as a storyteller so powerfully and to such thrilling effect”.

After decades of being painted as a shadowy, mysterious figure, mainly for his uninterest in publicity or joining the festival circuit, Le Carré surprised the world in 2016 by releasing a memoir, The Pigeon Tunnel. Detailing his fractured relationship with an abusive, conman father and a lonely upbringing after his mother abandoned him aged five, Le Carré detailed the strange life of a spy-turned-author, being asked to lunches by Margaret Thatcher and Rupert Murdoch. Having spent four decades living in Cornwall, married twice and raising four sons, including Nicholas, who would write novels himself under the name Nick Harkaway, Le Carré conceded: “I have been neither a model husband nor a model father, and am not interested in appearing that way.”

The consistent love of his life was writing, “scribbling away like a man in hiding at a poky desk”.

“Out of the secret world I once knew I have tried to make a theatre for the larger worlds we inhabit,” he wrote. “First comes the imagining, then the search for reality. Then back to the imagining, and to the desk where I’m sitting now.”

Tags:
George Smiley, The Spy Who Came in from the Cold