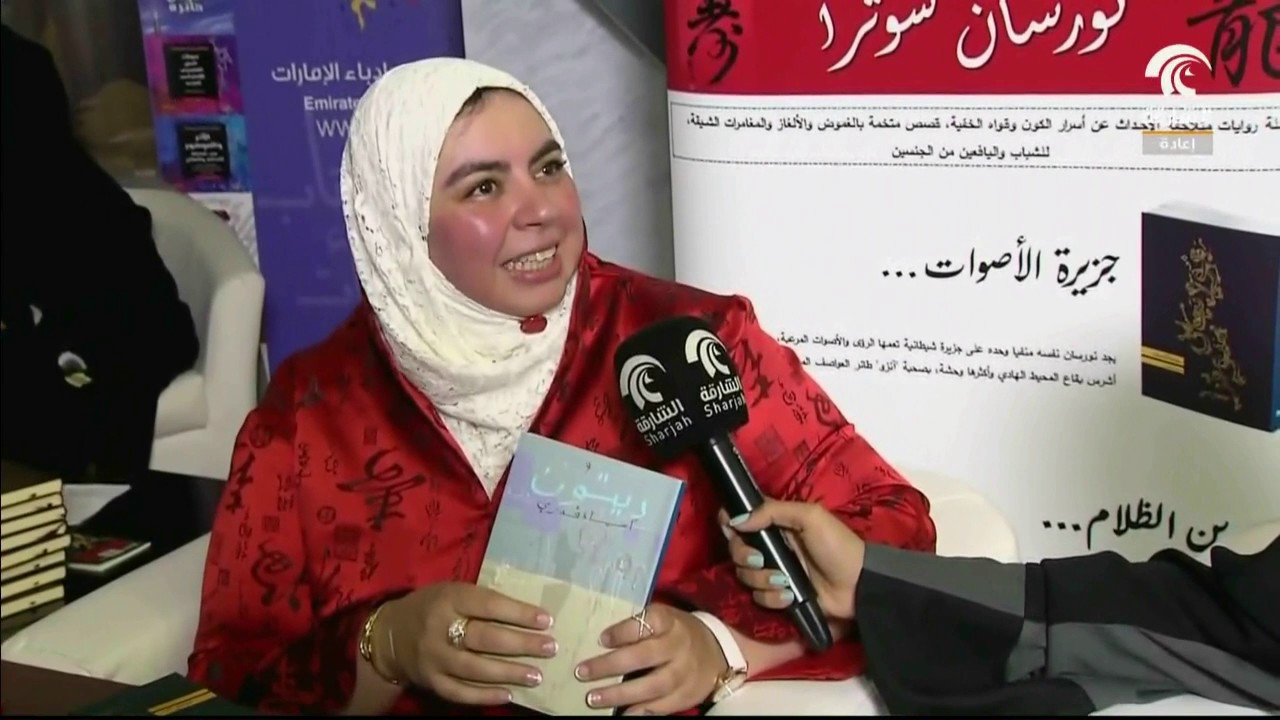 Emad El-Din Aysha: Tell me something about yourself, your CV? 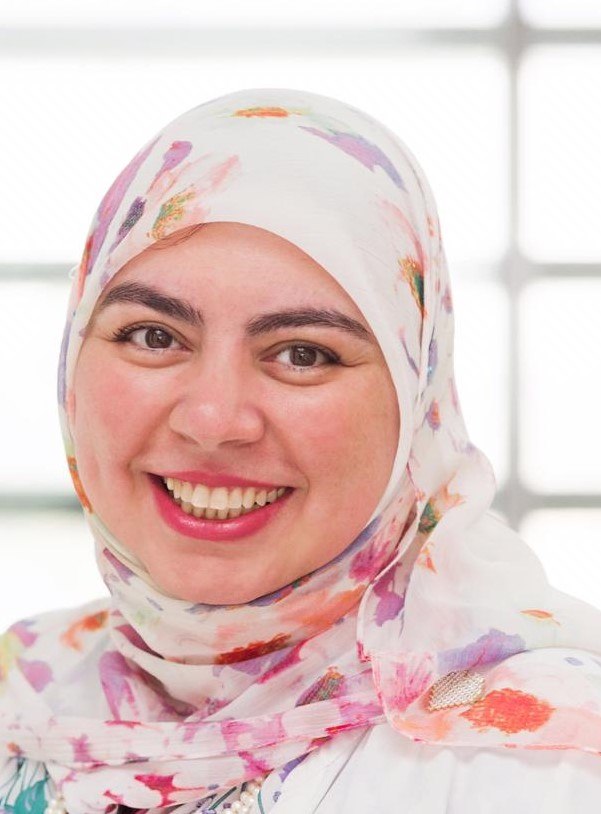 EEA: Give me a brief summary of your novel series (سلسلة نورسان سوترا)?

AK: It’s a science-fiction / fantasy about (Sutra) an ancient book of sacred knowledge that gives the ones who practice it the ability to control energy, which means control everything in the world. This science has been taught in the past by two magnificent teachers, but some of their followers turned against them, called themselves Tama Damara, which is Sanskrit for “Knights of Darkness”, and started mixing the sacred knowledge with black magic, which resulted in sever destruction, got the teachers to fight them then disappear. When some of the Tama Damara escaped a league of 4 of the teachers’ most trusted followers called themselves Postabala, which is Sanskrit for “Protectors of the Book”, and vowed to keep it within themselves and their own successors until the last Tama Damara is gone.

And so they kept moving from one place to the other until they settled in Juharabad, which is a small exotic country near Tibet. Feeling safe they started practicing the knowledge bringing a lot of prosperity and renaissance to the little country, until the Tama Damara reappeared and the war continues.

Norsan was raised within that era, brought up among grave danger torn between the huge responsibility and high expectations thrown upon his shoulders, and his true passion for sailing. With a painful backstory and great struggle he’s up to save the world and discover his own True Self in the process.

EEA: On average how long are your individual novels?

EEA: Have you faced any problems as a woman writing-publishing science fiction?

AK: Not at all, I’ve been blessed by being chosen by a great woman editor who worked in Kalimat Group, which is the biggest publishing house in the UAE, which is also owned by a great woman leader: Shiekha Bodour; the Princess of Sharjah☺️.

Although the manager is a man, and the editors who took her place after that were also men.

And all my other publishers before Kalimat were men, so I don’t really think it makes any difference.

I believe that if you pour enough love, care and dedication into your work it will speak for you in a very loud, firm and neutral voice. But if you hold a limiting belief in your mind that you’ll be discriminated against for any reason whatsoever, then that’s exactly what’s to blame.

EEA: What are the ‘themes’ you like to explore in your novels? Are your heroes women?

AK: I think it’s very obvious how obsessed I am with the “Self-exploring” theme, the outer journey that turns out to be a deep inner journey, the struggle that turns in discovering one’s True Self.

It’s rather the theme of my whole life: my work, my business, my writings and my paintings.

No, actually my heroes are both men and women, and I’ve been told several times that I write men very well!☺️ 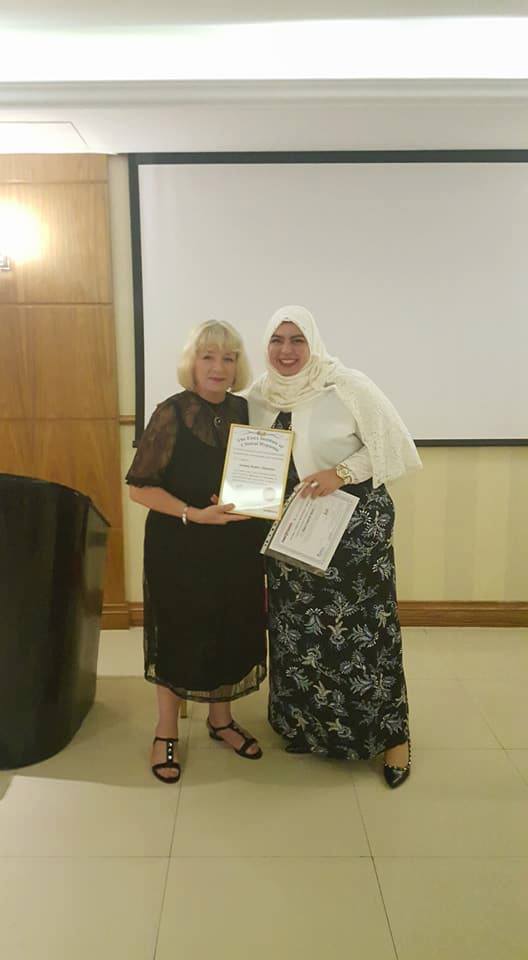 EEA: How does Arabic SF compare to Western SF? And what drew you to the genre?

AK: I think that Arabic Si Fi is VERY young compared to the Western Si Fi, I guess the main thing I notice in Arabic Si Fi is how little research is being put into each novel contrary to the English ones, especially when I started. Iit used to be disappointing back then, but it’s getting much better now with more and more writers putting in the effort to back their creative work with serious research. It still has a very long way to go but I’m optimistic.

It’s hard to say what exactly drew me to the genre, I think it’s the same thrill I find in psychology, I’ve always been fascinated by mythology; by delving deep into the subconscious mind and mystery of the human soul. I’ve read the Iliad and Odyssey as a 9 year old, started writing short stories when I was 11. I also got drawn to the Marvel comics, followed by being fascinated by Carl Jung the father of psychology. I also read novellas by Nabeel Farouq and Ahmed Khaled Tawfeeq, I guess my head has always been in the clouds!

EEA: Did you publish your novels in Egypt, or the UAE?

AK: The most recent ones are published in the UAE where I live now since 2003, but I’ve also published a few books in Egypt before I come here, then one more while I’m here in 2014. It wasn’t a novel though, but rather a collection of short stories.

EEA: What do you think should be done to encourage more women to become science fiction writers?

AK: To just think of them as “writers” not “women writers”, you know what I mean? The written word is an expression of the human soul not the human body, and souls have no gender.

Exclusive to The Levant News. Interview conducted by Emad El-Din Aysha, who is also a member of the Egyptian Society for Science Fiction. Special thanks to Amed Salah Al-Mahdi for putting us in touch with Asmaa Kadry.

Previous US hails Saudi-Russia oil deal, will make cuts of its own
Next Petrobras not convinced Russia, US and Saudi can control oil prices

There is more to sustainability than protecting the natural environment. Modern-day companies must consider their …