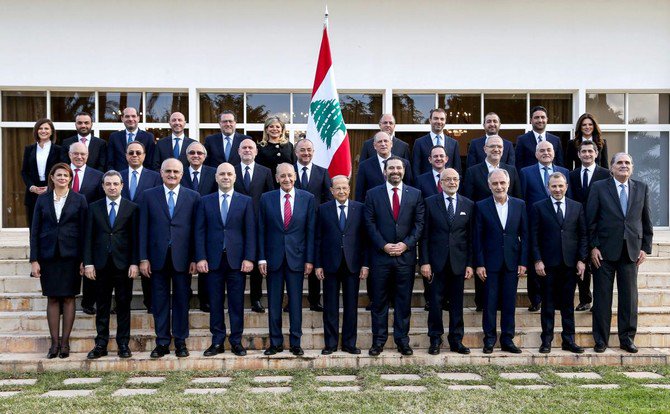 The most ridiculous Lebanese political myths

There’s no other place in the world where you can find more myths than reality, than in the vast domain of “Lebanese politics”. The charade of “lying”, producing “very special” effects, going by “exceptions” instead of rules and “inventing” circumstances, is in Lebanese politics always at its best.

By Patricia Issa
Respected reporters, political analysts, and diplomats from all over the world already gave up. They tried to analyse it, and stamped Lebanon as “crazy” or “mediocre” at best. Lebanese factions have been so adamant on propagating their charades in the past decennia, that they have start to believe them, themselves.

To make it even crazier: a large percentage of the Lebanese public opinion - a public opinion that is generally considered educated - seems to be an avid consumer of these “lies” and a staunch defender of them. Sadly enough.

In common practice a web of elaborate lies and conspiracies is mainly used to blind people to what they can clearly see with their own eyes. Worse yet, the smoke and mirrors are made of very mediocre pre-1990 material, logic defying rhetoric, and rusty Soviet-Era conspiracies.

Kindly excuse the sarcastic tone (there’s no other tone while addressing these lies), while we proceed to bust a few of the ridiculous political myths.

They did not allow us
Ma Khallouna: Please memorize this one in Arabic because it’s sacred and it means “they didn’t allow us”. The “Ma Khallouna” is the almost-ruling party’s favourite excuse to as why they didn’t achieve anything significant in 15 years of holding majority positions everywhere, with the president added since 2016.

The Free Patriotic Movement (FPM) political rulers of president Michel Aoun happen to be backed by the strongest party in Lebanon, the only one party who happens to hold massive weaponry and their own private mini-state instated within the Lebanese borders. Besides being corrupted just like the rest - they discovered that being corrupt makes more money than fighting corruption - the “Ma Khallouna” is heavily backed with a full literature of ridiculous arguments and logical fallacies that never add up.

ISIS
ISIS is coming for You. The strongest party's mantra: “If we didn’t send our troops to Syria, ISIS would have burnt Jounieh to the ground”. “If we weren’t controlling the airport and the rest of Beirut, ISIS would have raped everything with legs in sight”. “If we…”,

I assume the point is evident. Just like the “freeing Palestine card” the ISIS card had been played successfully to keep Lebanon under Iran’s thumb. Of course, they ended up cutting a deal with ISIS and sending them back to Syria in luxurious air conditioned buses.

But at least
"But At Least He Did Something”, a rather important one. It is used to defend a thief who actually has few achievements under his belt. As if achievements mean he’s no longer on the corruption radar. It basically means that, in Lebanon, you get to steal if you use some of that money to do something good for the people. Seems legit, doesn't it?

Another nice one: “The World Is Conspiring Against Us”; Of course it is! All the world leaders are waking up every single day at 7 am to meet and conspire against us: the 4 million Lebanese on a 10 km2 piece of land that needs no more than 6 hours to be completely wiped out from the world map, if they were really doing so.

It is important to point out that this theory is directly inherited from our neighbours in Syria who imported it from the former Soviet Union and never really let it go. PS: The Russians themselves, no longer use it that much.

Go East
Go East: Where exactly? To economically devastated Iran? Barricaded North Korea? Completely disinterested China? Or Russia who already cut a deal with USA in the Middle East for its own piece of the cake on the shores of the East Mediterranean in Northwest Syria?

China is currently building the biggest port in the East Mediterranean in Haifa; and it explicitly expressed disinterest in investing in Lebanon. Russia, on the other hand, is covering every single Israeli activity in Syria, and will be getting paid there.

The Alternative Solution
Another frequently played card is “The Alternative Solution”. Pro-Iranian and pro-Syrian fractions in Lebanon often speak of an “alternative solution” for the Lebanese political and economic crises. We don’t really know what this is about so far, but we really hope they understand that going East, planting veggies on our balconies and a barter economy with Iran are not the solution, and will simply not work.

Knowing that all that axis’ supporting powers are currently economically "broke", that specific myth seems made of words, and at best that is what it is. Unless, of course, the plan is to transform the former Switzerland of the East to a pre-modernity park for the world to pay to come and watch.

Finally, “The Cookie Cutter Accusation of Pro-Zionism” card. No need to elaborate on this one. This is what you usually get in Lebanon for having basic common sense.

PS: Kindly do not weigh this opinion against political correctness; it is not meant to be so.
Use common sense instead.

Patricia Issa is an entrepreneur and Lebanese influencer with a passion to share.

2 comments on “The most ridiculous Lebanese political myths”