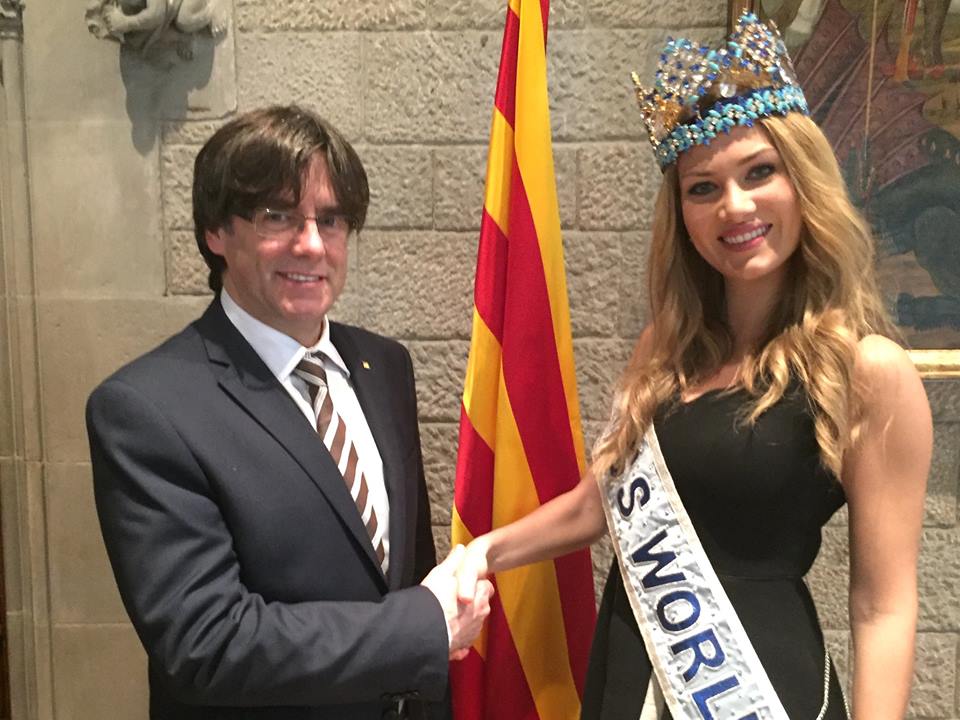 Spain on Friday issued an arrest warrant on sedition and other charges against Carles Puigdemont, tightening the judicial net around the former Catalan leader who went Brussels after his government was sacked over a declaration of independence.

A Madrid High Court judge asked Belgium to arrest Puigdemont and four associates after they ignored a court order to return to Spain on Thursday to answer charges of rebellion, sedition, misuse of public funds, disobedience and breach of trust relating to their secessionist campaign.

The judge rejected a request from Puigdemont to testify via video conference from Belgium.

In Brussels, a federal prosecutor said Belgian authorities would study the warrant before handing it to a judge. “We will give it to an investigative judge maybe tomorrow or the day after,” Eric Van der Sypt told Reuters.

Puigdemont, who is considering standing in a snap election in the region on Dec. 21, has said he did not trust Spanish justice but would cooperate with the Belgian courts.

Embroiled in Spain’s gravest political crisis since the return of democracy in the late 1970s, Prime Minister Mariano Rajoy called the election when he took control of Catalonia in response to last week’s declaration of independence by its parliament.

Belgium, where a European arrest warrant can be blocked for several mainly procedural reasons, will have a maximum of three months to decide whether to send Puigdemont back to Spain.

On Thursday, nine members of his sacked cabinet were ordered by the High Court to be held in custody pending an investigation and potential trial.

“We consider ourselves a legitimate government,” Puigdemont told Belgian state television RTBF on Friday. “There must be a continuity to tell the world what’s going on in Spain ... It’s not with a government in jail that the elections will be neutral, independent, normal.”

In protest at the jailings, Catalan civic groups Asamblea Nacional Catalana and Omnium Cultural -- whose leaders were imprisoned last month on sedition charges -- called for a general strike on Nov. 8 and a mass demonstration on Nov. 11.

Another six Catalan leaders are due to testify on Nov. 9 on the same charges.

One member of the dismissed cabinet, Santi Vila, was released after paying bail of 50,000 euros ($58,300) on Friday. The other eight could remain in custody for up to four years.

Vila stepped down from the Catalan cabinet before the independence declaration. While he remains a supporter of an secession he has advocated a negotiated solution with the central government.

He has said he wanted to stand as the leading candidate for Puigdemont’s PdeCat (Catalan Democratic party) in the regional election.

Thousands of people staged pro-independence protests on Thursday night in several Catalan towns, and parties forming the current coalition Junts Pel Si (Together For Yes) are pushing to run again on a joint ticket at the election.

An opinion poll published on Tuesday showed Junts Pel Si would win in December with 35.2 percent if the vote was held immediately and would likely reach a parliamentary majority if it stuck with its current pact with far-left party CUP.

The Spanish government said on Friday it would have no option but to open talks within the law with those who held a majority.

“We could offer a new dialogue so that we can fulfil Catalans’ aspirations for more autonomy and look into reforming the constitution,” Foreign Affairs Minister Alfonso Dastis told French newspaper Le Figaro in an interview.

“Some even mention the idea of a federal model so that regions can have more autonomy, including financially.”