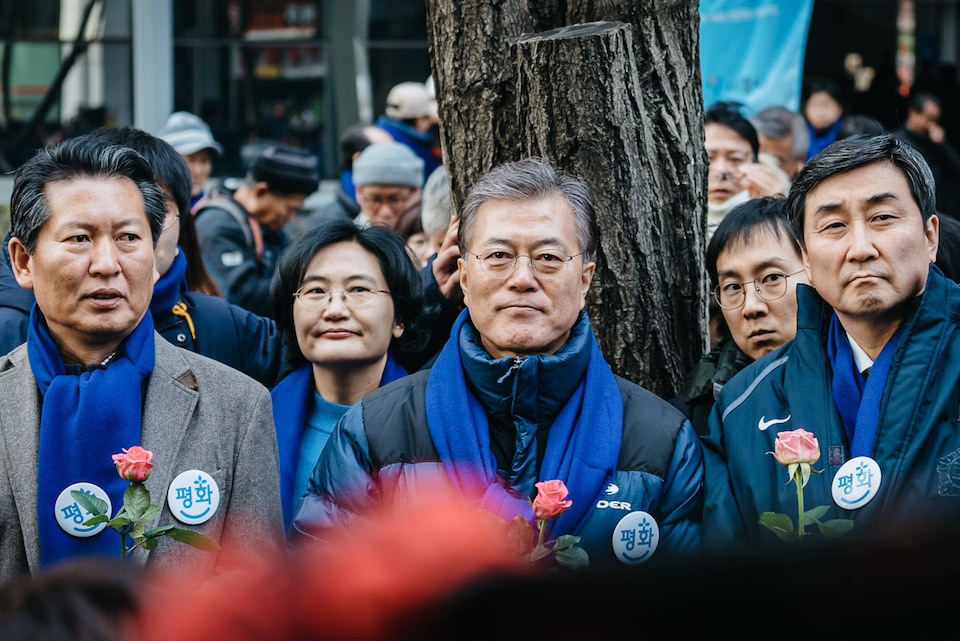 President Moon Jae-in told lawmakers Wednesday that South Korea would not seek to have nuclear weapons and said that Seoul would never accept its neighbor North Korea as a nuclear-armed state.

“According to the joint agreement by the two Koreas on denuclearization, North Korea’s nuclear state cannot be accepted or tolerated. We will not develop or possess nuclear weapons either,” the president said in his second state of the nation address at the National Assembly, South Korea’s parliament.

Recent tests by North Korea have led to a renewed debate about nuclear weapons in South Korea. Although the country once sought its own nuclear weapons in the 1970s during the presidency of Park Chung-hee, leaders were persuaded by the United States to abandon such ambitions.

After North Korea conducted its sixth nuclear test on Sept. 3, a number of politicians suggested that the South should reconsider its own nuclear weapons program. In the weeks after that test, a group of lawmakers from South Korea’s opposition party, the Liberty Korea Party, came to Washington to ask for the redeployment of U.S. nuclear weapons to the country.

The debate has also taken place within Moon’s own ruling party, the Democratic Party. “The redeployment of tactical nuclear weapons is an alternative worth a full review,” Defense Minister Song Young-moo said in early September, before North Korea’s latest nuclear test.

Before he was elected, President Trump also suggested he was open to the possibility of countries such as South Korea and Japan acquiring their own nuclear weapons to deal with the threat of North Korea.

However, Moon has remained adamantly against nuclear weapons in South Korea and has repeatedly said he would not consider redeployment due to the possibility of raising tensions with North Korea unnecessarily. During a recent visit by U.S. Defense Secretary Jim Mattis to Seoul, both Mattis and Song dismissed the idea of redeploying nuclear weapons.

Speaking to the National Assembly on Wednesday, Moon said other options were preferable to military action with North Korea. “Sanctions and pressure are means to bring North Korea to the negotiating table and to make the right choice,” Moon said.

“There can never be a military conflict on the Korean Peninsula or military operations without the South Korean government’s prior consent,” the president added.