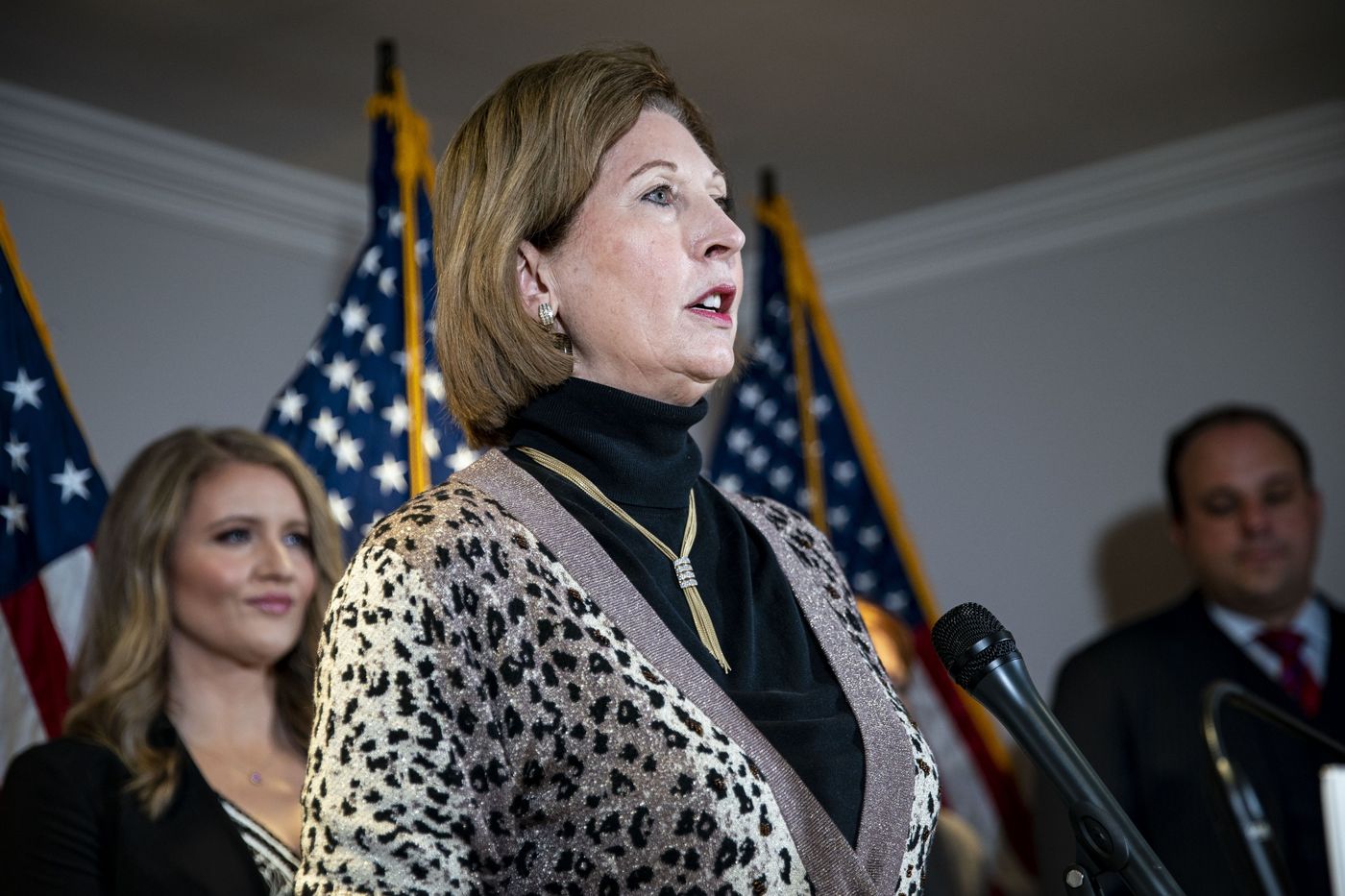 Image credits: Attorney Sidney Powell this week in US court.

Sidney Powell warns states not to certify election results: "They are certifying their own fraud"

Sidney Powell, the lawyer for former National Security Adviser Michael Flynn, who is now helping uncover the evidence of voter fraud in the 2020 election, warned states not to certify the November election results. "They should rethink it very seriously. What they are certifying is their own complicity and fraud."

By Arthur Blok
After the disputed elections Powell, who was dropped from President Donald Trump’s legal team, launched 'Defending the republic'. A personal initiative to 'defend and to protect the integrity of elections in the United States'. She is now calling on the public to donate money to help her secure her mission. Lawsuits have started this week in Georgia, and Michigan. The evidence provided by Powell and her team is staggering and substantial to say the least.

Powell, who has pushed some of the most extreme conspiracy theories around the election of Joe Biden, filed the lawsuits late Wednesday. The mission of her team is 'to protect and defend the lawful votes of American citizens, ensure election integrity, educate the world on what it means to be a constitutional Republic, and pursue legal action to preserve the vision of our Founders and to maintain this great Republic. According to Powell immediate support is necessary to halt the certification of ballots in Georgia, Michigan, Arizona, Nevada, Pennsylvania, and Wisconsin.

Earlier this month Powell already announced that she has “staggering” statistical evidence and testimonies from numerous witnesses indicating that Dominion Voting Machines, used in 30 states, altered ballots and the election results. The company is allegedly linked to foreign influence from Venezuela, Cuba, and the Chinese Communist Party.

"A Republic… if you can keep it” (Benjamin Franklin)
Powell claims she has massive evidence of ballots being discarded, hundreds of thousands of ballots appearing out of thin air, ballot harvesting, and a lower standard of verification for some mail-in ballots.

The future of the Republic is, allegedly, at stake: "This is voter fraud and has infringed upon Americans sacred right to vote and for their votes to carry equal weight. Our case will seek to block the certification of the election results so that justice can be done. We need to stop the steal in its tracks," said Powell.

The lawyer for former National Security Adviser Michael Flynn is also involved in the citizen coalition Every Legal Vote. An organization using reports, affidavits and math to answer the key 2020 election questions: was there fraud, was it widespread, and did it impact the outcome of the election? Evidence of her case can be found here.

Stopping the count
On election night, after Fox News declared Arizona for Joe Biden, six states suddenly announced they would stop counting for the night. In every presidential election in the US until 2020, counts were never stopped until they completed. Stopping the Count is used in countries under dictatorship, such as Thailand, to give time to generate ballots to ‘save’ the election for the preferred candidate.

In addition Powell claims there was fraud with the extensive number of mail-in ballots used this year. According to various sources 'one of the easiest ways' to defraud a candidate. Her team guarantees that the 'extensive fraud' will be proven in court in the coming days. Furthermore Powell is fighting in court the fact that Republican observers were blocked from counting sessions in various disputed counties, and numerous counties had over 100% of actual voters. Some states, such as Wisconsin, had astronomically high turnout percentages.

Slamming the media for failing to report on such voting irregularities, calling it a “media blackout,” Carlson listed more than 25 people who voted from beyond the grave just in states where President Trump is currently challenging the vote count.

Meanhwile Trump said Thursday that he would leave office if the Electoral College votes for President-elect Joe Biden, but also alleged “massive fraud” in the vote count and promised to keep up with his legal fight.

By December 8 all state recounts and court contests over presidential election results must be completed. December 14 is set as the date on which the electors of the Electoral College meet and vote.

3 comments on “Sidney Powell warns states not to certify election results: "They are certifying their own fraud"”