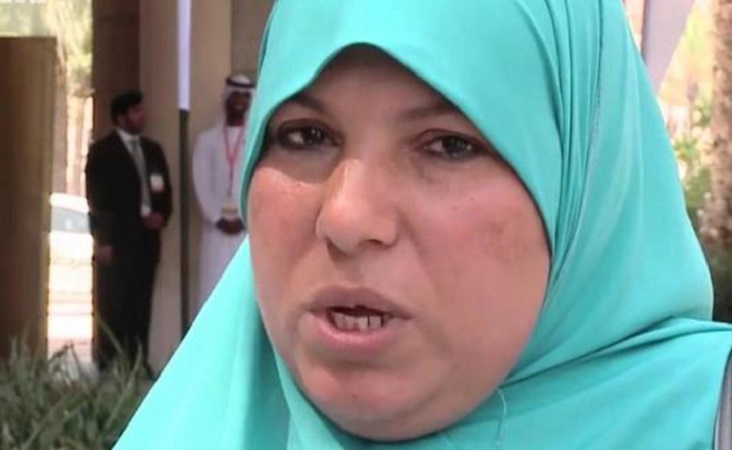 THE LEVANT NEWS -- Mona al-Behiera – aka 'Shut up your mouse Obama' woman – has resurfaced, this time supporting Sisi's decision to hand over islands to Saudi Arabia, adding that if King Salman wants the Pyramids or Sphinx that Egypt should give it to him.

When the ‘Shut Up Your Mouse Obama’ woman became a viral sensation, we hoped her 15 minutes of fame would fade as quickly as possible. Sadly, this isn’t the case, as yesterday the embarrassing woman was once again given a mic at a pro-Sisi rally, claiming that not only should Egypt give the disputed islands to Saudi Arabia, but if King Salman asked Egypt for the Pyramids and Sphinx, that the country should give them to him.

The ‘Shut Up Your Mouse Obama’ woman, aka Mona al-Beheiri, has resurfaced online in a new video that has resulted viral ridicule. While many Egyptians remain upset about the deal struck with Saudi Arabia to hand over two islands, Tiran and Sanafir, al-Beheira decided to head down to the street with a Saudi Arabian flag in hand to support President Sisi’s decision to hand over the islands to the kingdom.

In the video, Al Beheira states ‘King Salman stood with us in hard times. And those who claim that islands are Egyptian properties, okay, they are, and we gave them to King Salman. If he asked for the pyramids we would give them to him, and we will give him the Sphinx [Abu El-Hul] and the Mother of Hul [Um Hul] as well!’

The video emerged less than 24 hours ago and has already been viewed over 77k times, with over 1500 shares, many of which suggest she should ‘shut up her own mouse’. Obviously the post was met with variety of ridicules, with some users going so far to Photoshop her headscarf on the Sphinx.