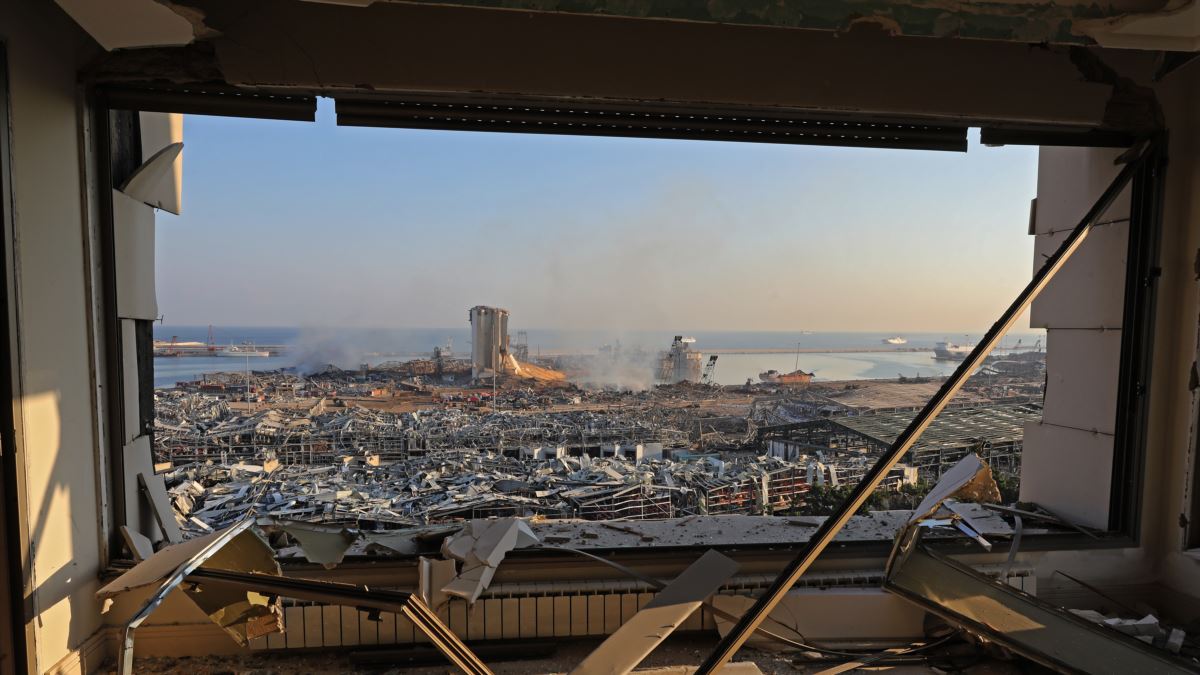 The Levant News publishes voices from a wide variety of people with different backgrounds. After stories from the Netherlands, America, Saudi Arabia and Italy today reporter Alberto de Luca writes about the tragic events in Beirut earlier this week..

Tuesday the 4th was a day awaited by many Lebanese in this beginning of the month of August. The reason was both simple and peculiar: the Lebanese authorities had decided that, in order to contain the mounting Covid-19 spread in the Country, a lockdown had to be imposed.

In a perfect Lebanese way (read: weird). The lockdown was to be applied during the five days around the weekend, then lifted for two days (Tuesday and Wednesday) and applied again in the next five days. The Lebanese, always fast in finding the funny sides of any situation, quickly named it the “5-2-5 formula”.

On Tuesday and Wednesday the lucky ones that still had the financial means to do so, had planned to have some relief from the self-imposed restriction. Going to the beaches during the day or for eating and drinking at night, the important thing was to get at least some hour of break from the gloomy atmosphere reigning in Beirut this summer.

Little they knew that Tuesday the 4th of August 2020 would have been remembered instead as one of the darkest days of Lebanon history.

Having spent the day with the kids at a waterpark on the hills above Beirut, we were ready to leave at around 6 in the afternoon. While chatting with some friends before taking the car we suddenly heard a rumble in the sky. I stopped talking and raised my eyes looking at the clouds: it was going to rain that night, something that is quite uncommon in August, but not impossible, I thought. And we continued our conversation, about the possible options of schools not reopening in September.

This is when it happened.

The sound of one thousand blasts at once. Hurting your ears. Echoing deep in your chest. A sound that no one will ever be able to forget. A bomb in Achrafieh, people around me said at first.
I remember clearly my thoughts at the moment: this is end, for Lebanon.

Down the road to home, a huge column of cars coming the other way. Running away from Beirut in search of refuge in the mountains. On the right side, the fancy furniture showrooms all had just this one thing in common: no more glass windows. Pieces of broken glass were covering the road all the way down.

“Listen to me”, I told my son that was sitting silent on the back of the car, “once we arrive home I want you to be strong. Whatever we might see inside our house, I want you not to cry. We agree?” Yes dad, he told me quietly.

This is not what a nine years old kid should hear or see, I thought.

Few minutes later we knew that the explosion took place at the port of Beirut. A fireworks factory was the first, laughable, official explanation, promptly replaced by a story about an explosion of a stock of 2,750 tons of chemicals that have been stocked there for 5 years, they said. In simple words, if this version is to be believed, the city of Beirut has been living for five years with a huge bomb planted in its heart, waiting to explode at any given moment.

Wednesday morning I brought back a friend that came to sleep at my house since his home in Achrafieh was devastated. The only thing I can remember from this trip is the sound of broken glasses being pushed away.

Like the shattered dream of Lebanon living in peace.

By Marco_Mattiussi - 2 months ago
The Lebanese will be called to vote for a parliamentary election in one week (Sunday, May 15th). A vote for what has been defined as a crucial moment for the future of the Country. For the first time in the democratic history of the country, a large part of the Lebanese Diaspora is allowed to […]
Read story

By Marco_Mattiussi - 2 months ago
A month after the infamous August 4th blast, an award-winning photographer and filmmaker, Fadia Ahmad, returns to Beirut to help rebuild what she can of her broken city. By Marco MattiussiRetracing her usual itinerary of 10452 steps through the streets of Beirut, Fadia seeks to portray the aftermath of the explosion that shook Lebanon to […]
Read story

Will Lebanon ever see light at the end of the tunnel?

By Marco_Mattiussi - 2 months ago
A random Saturday night at Martyrs Square in Beirut Central District. Hundreds of spectators gathered for another public screening of the award-winning film Enough: Lebanon’s Darkest Hour by Lebanese-born Australian journalist and filmmaker Daizy Gedeon (57). By Arthur Blok and Marco MattiussiEnough! is a docu-movie with a bold, straightforward message: Lebanon’s corrupt political class represented by the […]
Read story